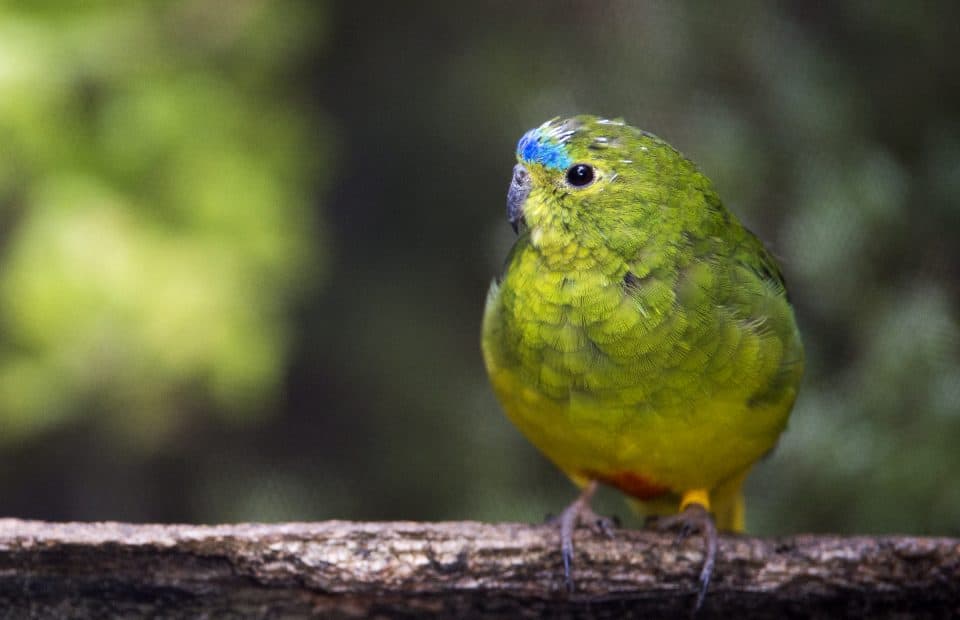 Bird keepers at Adelaide Zoo are delighted to announce the arrival of 19 Orange-bellied Parrot chicks, making the 2017 breeding season our most successful year to date!

With a heartbreaking estimate of less than 20 individuals residing in the wild, our efforts are more important than ever in supporting the future of this incredible parrot.

Though they don’t know it yet, the four-month-old chicks mark a vital contribution to the captive insurance population safeguarding this critically endangered bird from extinction.

Right now the little chicks are under the careful watch of dedicated bird keeper Emma Macchia, who has four previous Orange-bellied Parrot seasons under her belt.

“It’s an amazing privilege to be able to work with such a critically endangered animal,” says Emma.

“It can be quite overwhelming to think there are so few of these guys left in the wild, but knowing we are doing everything in our power to help brings me hope.” 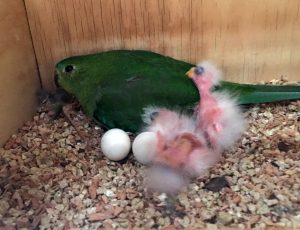 Emma has worked on the breeding program for five years and every year she monitors both the breeding pairs and their chicks closely, stepping in when the little ones need a helping hand.

“This season we had to hand raise four chicks,” says Emma.

“They’re doing really well now, with only one still needing specialised care. He’s getting stronger though, and will join his brothers and sisters in one of our aviaries soon.”

Artificial lighting allowed keepers to alter the length of the parrot’s daylight, which is believed to be a contributing factor influencing the breeding habits of many bird species.

These changes saw the breeding seasons of our parrots brought forward by two months, giving the newly hatched chicks a greater chance of adapting to Adelaide’s warm spring weather – quite a change from the cool climate of their native Tasmania.

Emma monitors the chicks daily and feeds them a specialised seed mix which includes mung beans and sunflower seeds, before spoiling them with their favourite treat, fresh corn.

Native to Australia, the Orange-bellied Parrot is one of only three known migratory parrot species, spending spring in south-west Tasmania to breed before migrating to South Australia and Victoria in the winter.

Adelaide Zoo is one of five organisations involved in the national captive breeding program to save the species and are proud to have fledged more than 50 chicks since 2011.

As a conservation charity, saving species from extinction is at the core of what we do, and we’ll continue to do whatever it takes to make sure this special parrot stays around for generations to come.