Racing to save the critically endangered Orange-bellied Parrot 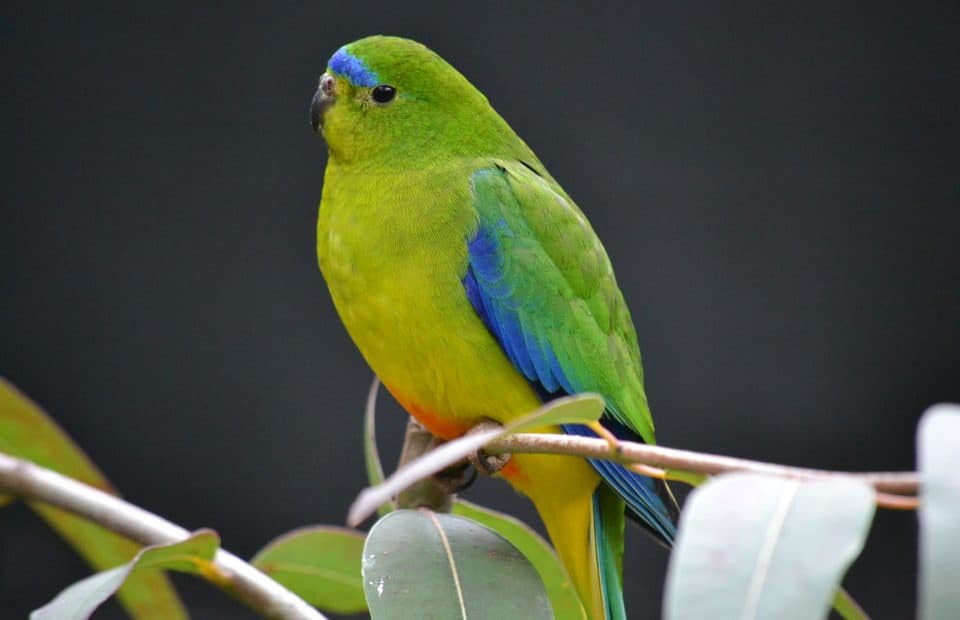 Racing to save the critically endangered Orange-bellied Parrot

The race is on to save the critically endangered Orange-bellied Parrot.

With less than 14 Orange-bellied Parrots estimated to be left in the wild, Adelaide Zoo is playing a key role in the recovery of this species through our captive breeding program.

Adelaide Zoo is one of eleven organisations involved in a national collaborative program to help ensure the species does not become extinct in the wild.

Bird keeper Emma has been working on our breeding program for four years and every year she monitors the breeding pairs closely. This season has been successful to date, with five breeding pairs delivering nine chicks.

“They usually lay around five eggs and they can have anywhere between one and five of those chicks,” Emma said.

“We tend to see a recurring pattern that they only seem to get maximum three chicks.”

Dr Phil Ainsley, Curator of Conservation and Native Fauna at Adelaide Zoo said his passionate team would not give up their fight to save this species.

“We have to be optimistic; I don’t think anyone is willing to give up,” Phil said.

“We’re really hopeful that our breeding program work, in conjunction with the work that’s being done on the ground, will ensure this bird is around for a long time.

“The bird department at Adelaide Zoo will be doing everything in our power to make sure this amazing bird doesn’t become extinct in the wild.”

Native to Australia, the small migratory bird spends the summer breeding in south-west Tasmania, then migrates to Victoria and South Australia for the winter.

With only three females returning to Tasmania to breed this year, Adelaide Zoo’s program has never been more important to support the remnant population.

“The greatest fear for a migratory bird is that if they become extinct in the wild, we want to make sure there’s still some birds there that have made the trip,” he said.

“I don’t think anyone wants to test if they will be able to make that trip without any remnant birds in there, so the captive group is very important in making sure there are birds on an annual bases going back into the wild.”

Emma and Phil were recently interviewed by the World Today about our breeding program and why our captive group is so important to the survival of this critically endangered species.