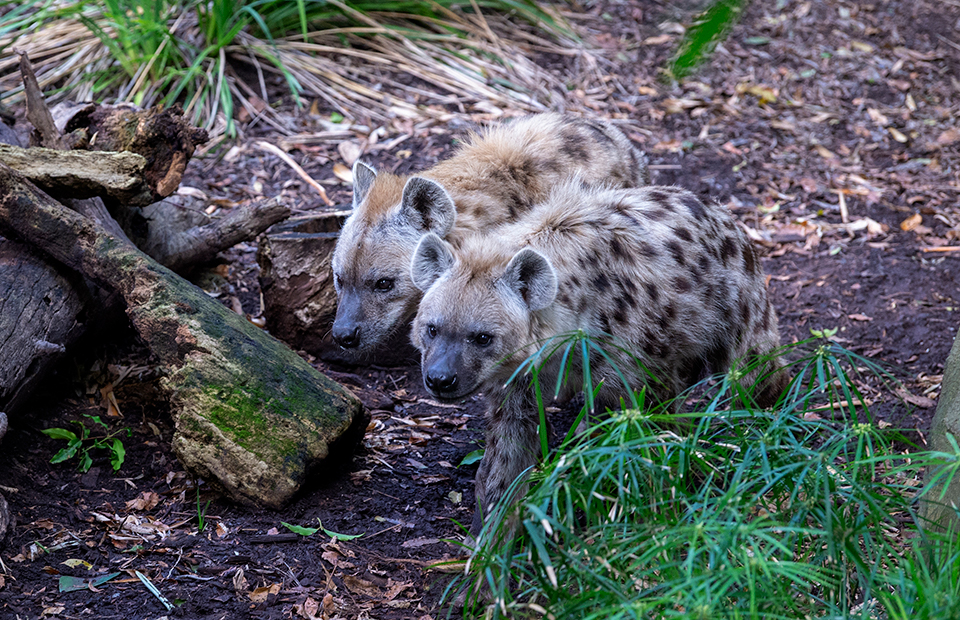 Adelaide Zoo’s two Spotted Hyaenas will be returning to Monarto Safari Park to rejoin the regional breeding program after spending the last 20 months in the city.

Father-and-son hyaena duo, 16-year-old Gamba and four-year-old Mkoko arrived from Monarto Safari Park in 2018 and headed back there today after a quick health check confirmed they were in tip top shape.

Vets and keepers worked swiftly to perform a physical examination and take blood samples from the pair, as well as an x-ray to assess their dental health.

We’re pleased to report Gamba and Mkoko were given a clean bill of health before being placed into straw-lined crates for their journey south-east. 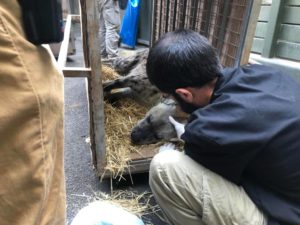 Majani, the two-year-old son of Gamba and younger brother of Mkoko, left Monarto Safari Park today to make his way to Adelaide Zoo where he’ll be able to take in a whole new variety of sights, sounds and smells.

He is joined by fellow two-year-old hyaena Jaali.

Both males were born as part of the regional breeding program at Monarto Safari Park that Gamba will return to, Majani to mum Forest and Jaali to mum Thandiwe.

Hyaenas are often quite misunderstood and stigmatised as being vicious and stupid.

However, research has actually proven hyaenas to be very intelligent and excellent problem-solvers. At times they can even outperform great apes with problem-solving tests.

As a conservation charity that exists to save species from extinction, animal conservation is at the forefront of all we do.

At Adelaide Zoo, Majani and Jaali will continue Gamba and Mkoko’s important work for their species and help educate the public about their true personalities and the plight of their wild cousins.

Similarly, Gamba and Mkoko will continue being fantastic ambassadors, along with the rest of the clan, at Monarto Safari Park.

Spotted Hyenas have an estimated global population of between 27,000 and 47,000 indivdiuals.

These mighty carnivores live and adapt to a variety of habitats including open grasslands, dry semi-desert, forest areas and the acacia bush.