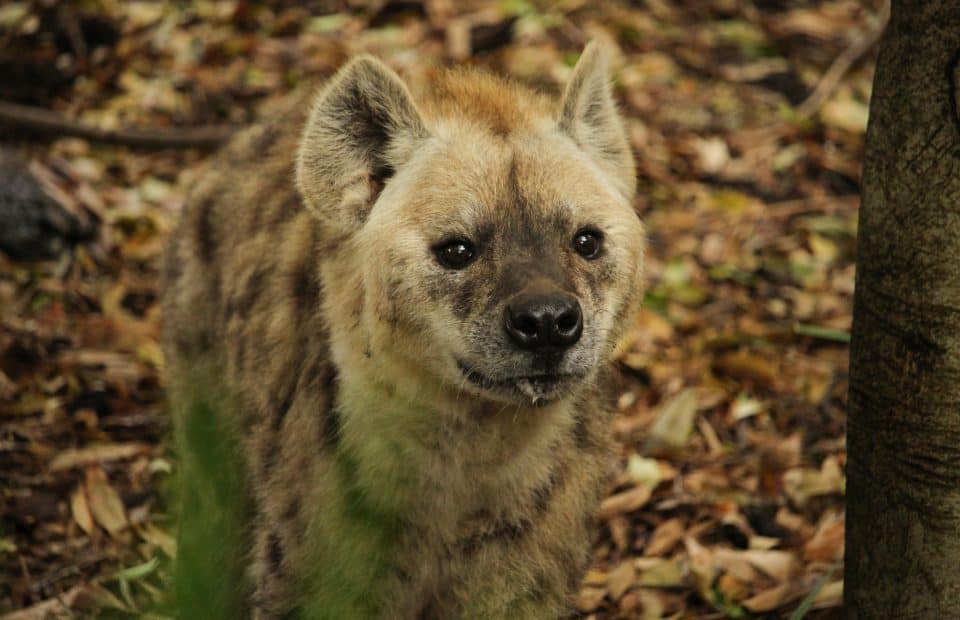 Adelaide Zoo has welcomed two new Spotted Hyenas to its wild family, the first time the species has been at Adelaide Zoo in over forty years.

Father and son duo, fifteen-year-old Gamba and three-year-old Mkoko, made their public debut yesterday after making the journey from Monarto Zoo earlier this week.

Adelaide Zoo Senior Keeper Jodie Sheridan says the addition of hyenas at Adelaide Zoo is an exciting opportunity to spread the word about this misunderstood species.

“We’re really excited to have Gamba and Mkoko joining the Adelaide Zoo clan and we can’t wait to introduce this new species to our visitors,” Jodie says.

“Hyenas can sometimes be misunderstood, but they’re actually extremely intelligent, have wonderful personalities and are excellent hunters with a success rate of up to 95 per cent,” Jodie says.

“Research has proven hyenas to be amazing problem solvers, sometimes even out performing great apes in problem solving tests.”

“Gamba and Mkoko are both beautiful and highly intelligent animals.

We’ll definitely miss them at Monarto Zoo, but we’re so excited they’ll become ambassadors for their species at Adelaide Zoo,” Jaimee says.

“We started crate training a few weeks ago to prepare them for the journey down the freeway and we’re really happy with how they are settling in at Adelaide Zoo.”

“I’m biased because I love hyenas, but I hope everyone comes to see them over the next couple of weeks.

“It’s a really great opportunity to learn about some of the threats to the wild hyena population including persecution and habitat loss.”

These newest faces at Adelaide Zoo will act as ambassadors for their species, educating visitors about the plight of their cousins in the wild.

These mighty carnivores live and adapt to a variety of habitats including open grasslands, dry semi-desert, forest areas and the acacia bush.