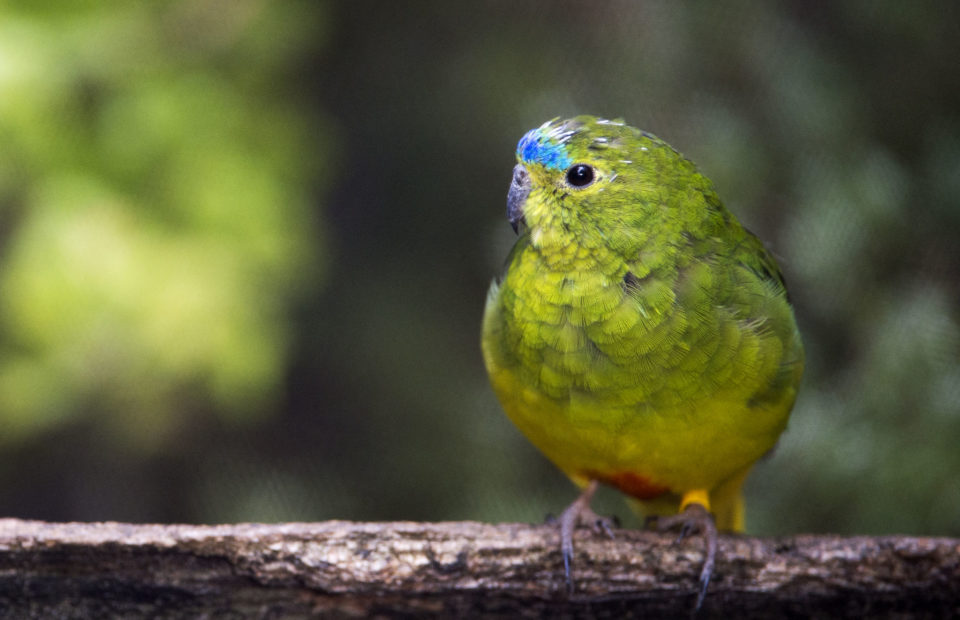 Conservation efforts for the survival of the critically endangered Orange-bellied Parrot has seen four birds born at Adelaide Zoo join 32 others for release across three sites on the Victorian coast.

The birds have been released at the Spit Nature Conservation Reserve near Werribee, on the Bellarine Peninsula and on the northern shore of Western Port Bay.

“There is great hope attached to the release of these birds,” says Chad Crittle, Senior Keeper of Birds and Free Flight and Chair of the Orange-bellied Parrot Captive Management Group. “There are three release sites in Victoria located in areas that the Orange-bellied Parrots are known to frequent. Our birds have joined others raised in institutions with the hope that they will attract those returning from their long flight across the Bass Strait and create a larger group.

“The year started so positively,” says Chad, “In February we were thrilled to learn that a record-breaking number of Orange-bellied Parrot nestlings were observed in their breeding grounds in Tasmania.

“Every Autumn the birds fly back across the Bass Strait from their breeding grounds in Melaleuca to the mainland. This is a real test of endurance for this little parrot, especially the juvenile birds.

“Between us and our partner organisations, we are trying our hardest to provide as many chances for the survival of the Orange-bellied Parrots as is humanely possible,” finished Chad.

Before sending to Victoria, Adelaide Zoo’s birds underwent a thorough examination.  Veterinarian David McLelland checked each bird from top to tail including inspecting beaks and feathers and wing bands, taking blood samples, carrying out function tests and x-rays. The birds also spent four weeks in quarantine prior to sending to Werribee.

The Orange-bellied Parrot Mainland Release Trial is being led by the Victorian Department of Environment, Land, Water and Planning, Zoos Victoria and Moonlit Sanctuary.