An update on Kimya the giraffe at Adelaide Zoo 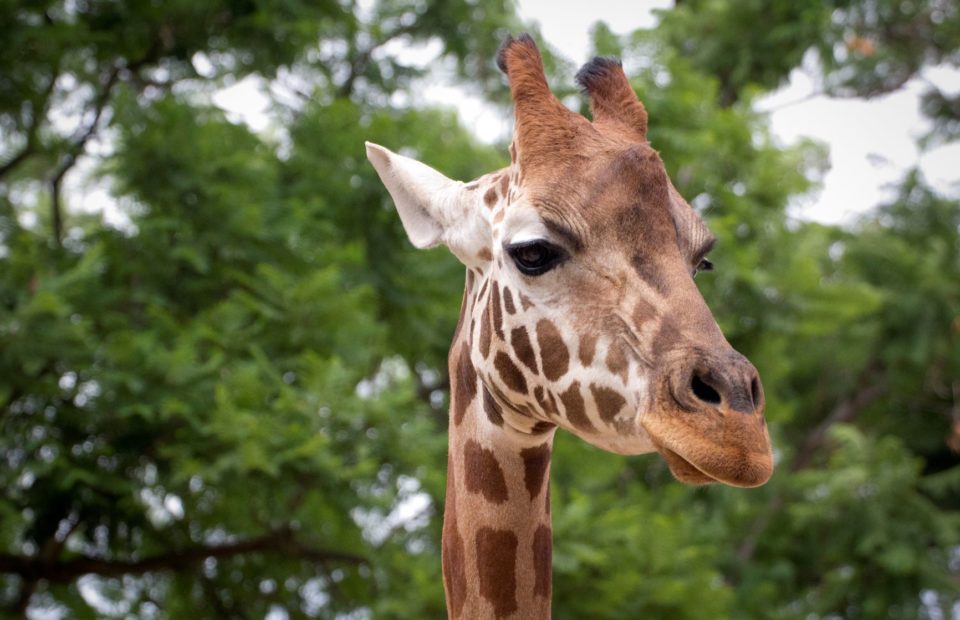 An update on Kimya the giraffe at Adelaide Zoo

We might be closed to the public but that doesn’t mean there’s nothing happening at Adelaide Zoo!

Many of you will know that we have been working tirelessly to train our giraffe Kimya to enter and feel comfortable in the transport trailer that would deliver her to her proposed new home at our sister site, Monarto Safari Park.

To make sure Kimya was comfortable over the summer period, we paused her training to allow her the choice of staying cool however she pleased – whether that was in the shade of the Giraffe House or feeling the breeze in her outside yard.

After many discussions exploring several scenarios, we’ve made the decision to keep Kimya at Adelaide Zoo and work to immediately double the size of her exhibit is currently underway and nearing completion.

Now we’re sure you’re thinking this is the opposite of our previous announcements – and you’re right.

But, just as was the case at the beginning of the training process, Kimya’s welfare is our number one priority and her choices are driving this decision.

It’s clear that while Kimya isn’t distressed by the training process, she isn’t interested in progressing any further and we have to listen to this signal.

Adelaide Zoo has been Kimya’s home for 14 years so she’s used to the space and her daily routine here.

Giraffe are a social species, however, so even though Kimya has a great relationship with her keepers and eagerly takes part in our Giraffe Feed which lets her meet members of the public regularly, the plan was always to make sure she was around other members of her species.

That’s why we’ve made the decision to bring a giraffe from Monarto Safari Park to Adelaide to join Kimya in her newly-upgraded exhibit.

While we’re still confirming which giraffe will make the move, 14-year-old female Thula is certainly a candidate, as is hand-raised calf Nolean.

Down the track, Kimya and the Monarto Safari Park giraffe will also be joined by other African savannah species, such as Nyala and Ostriches, providing a natural setting for the animals involved as well as more opportunities to learn about these species for our visitors.

Plans to upgrade the giraffe exhibit will see the size of the existing area doubled by the middle of the year, using space from our behind-the-scenes areas and old elephant yard. This work is nearing completion already.

In the future, facilities including our Works and Maintenance buildings and Food Store (currently situated behind the Giraffe exhibit) will be relocated to our old Children’s Zoo area freeing up that space, providing approximately 2,500m² for our giraffes.

Further into the future, the Nocturnal House and lemur areas will also be utilised, providing our giraffes with a total of over 5000m², making this the largest inner-metropolitan giraffe exhibit in the country. At this stage, we may also look at additional giraffe joining the herd at Adelaide Zoo.

These upgrades will also give the giraffes a more expansive view of the River Torrens, providing them with extra enrichment in the form of watching people walk and drive by. It will also give people driving and walking along the riverbank an opportunity to see over 200 metres worth of our giraffe exhibit from outside the zoo – it’s a win-win!

Rest assured, that the welfare of our animals is our utmost priority at Zoos SA and the upcoming exhibit has been designed with the highest level of animal care and welfare in mind.

As you can imagine, changes of this complexity and scale won’t happen overnight, particularly at a time when our revenue has all but stopped, but we wanted to keep our loyal supporters and members as up to date as possible.

Kimya’s exhibit upgrade will happen over a number of stages, with the first hoping to be completed by July this year.