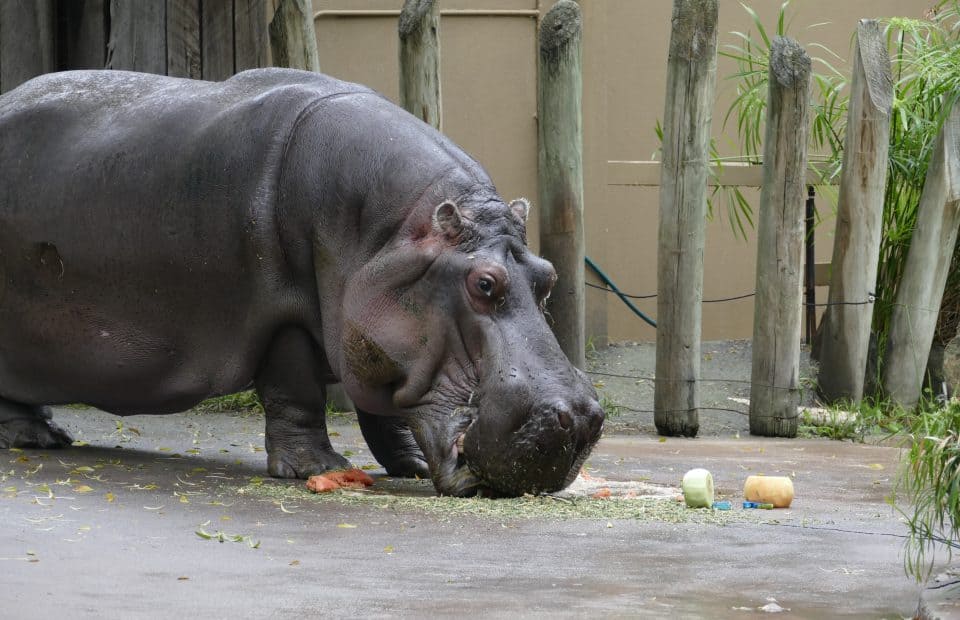 Today, Adelaide Zoo has pulled out all the stops to celebrate resident hippopotamus Brutus’s 53rd birthday.

Staff and volunteers have gone to great lengths to treat the birthday boy, marking the special occasion with a three tiered cake made from watermelon, rockmelon and honeydew melon.

“Brutus is a very happy hippo, but as an older gentleman he is starting to show some signs of slowing down,” Nathan says.

“His appetite has decreased slightly; he’s now eating half a bale of hay daily and a whole watermelon once a week.

“Today he’s been spoilt with the best cake a hippo could ask for, and we’ve made sure to add some extra fruit treats in there so he can celebrate in style.”

Born in 1965, Brutus arrived at Adelaide Zoo in 1975 with late female breeding partner Susie. Together, the pair birthed 17 calves.

When Brutus isn’t busy greeting visitors, he enjoys the finer things in life including leisurely swims in his pool and his daily teeth cleaning pamper session.

Teeth cleaning allows keepers to check Brutus’s giant mouth for any lodged food. On average, he eats half a bale of hay daily and an assortment of leafy greens.

Brutus is believed to be one of the oldest living hippopotamus’ in the world.