A big adventure for our newest big cat 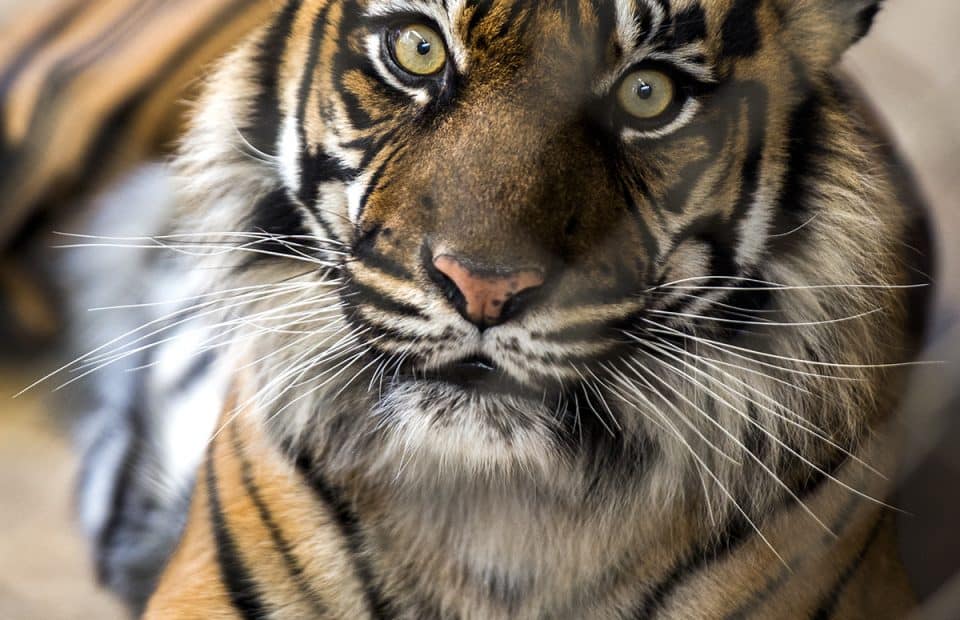 A big adventure for our newest big cat

The eleven-year-old female arrived on 22 March after making the long journey from National Zoo and Aquarium in Canberra.

Rhani was accompanied by several keepers and vets to make sure she felt comfortable during the transfer.

Adelaide Zoo Carnivore Keeper Claire Earl was one of keepers who joined Rhani on her journey.

“The keepers at National Zoo did a lot of training with Rhani before she left to get her used to her travel crate.

“The training paid off and she did really well during transportation.”

After securing Rhani safely inside her crate, the team commenced the 14-hour drive from Canberra back to Adelaide.

Once at Adelaide Zoo, Rhani quickly settled in to an off-limits quarantine facility, where she’ll now spend 30 days being looked after by our veterinary nursing team.

This will allow her to slowly adjust to her new keepers and start to vocally interact with her new neighbour, 18-year-old tiger, Assiqua.

With the arrival of male Sumatran Tiger Kembali planned for later this year, it is hoped Rhani and Kembali will together contribute towards a vital international breeding program.

“It’s been more than a decade since we’ve welcomed a new Sumatran Tiger to the zoo, and we’re very excited about the future of our breeding program for this critically-endangered species,” Claire said.

Tiger populations are sadly at an all-time low, with less than 400 individuals believed to be left in the wild.

The longevity of this beautiful big cat is under threat from habitat destruction for palm oil plantations and poaching for the illegal wildlife trade.

As a conservation charity that exists to save species from extinction, we’ll work tirelessly to make sure tigers are around for generations to come.