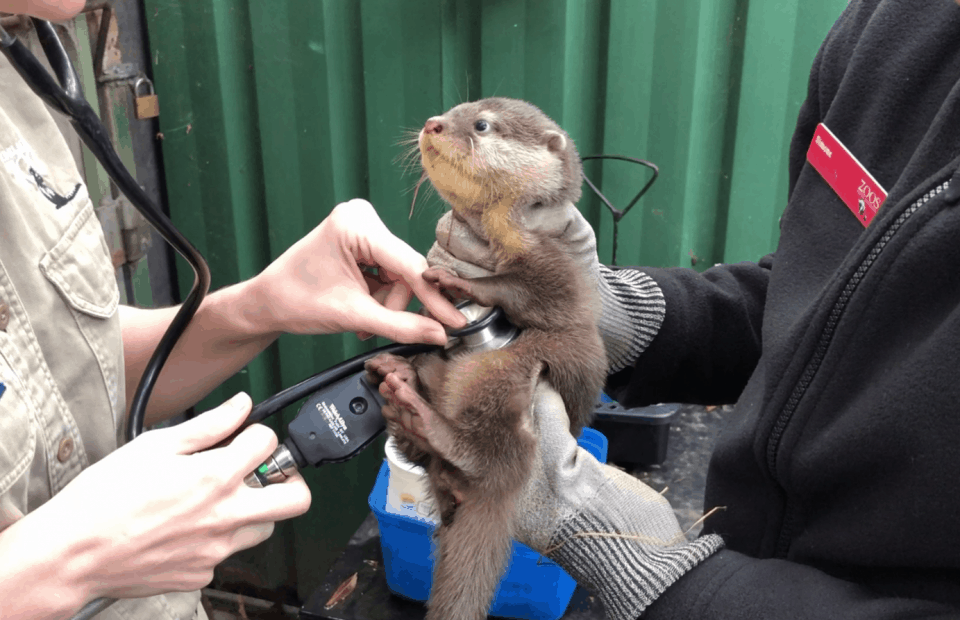 The two loveable little ones underwent the check-up by Adelaide Zoo’s dedicated veterinary team at their behind-the-scenes den yesterday morning.

The check revealed we have one girl and one boy who both weigh just over 800g.

An adult otter of this species generally weighs around 3kg, but can weigh up to 5kg, so these pups have a bit of growing to do!

During the check, the new pups were microchipped, sexed and given a general physical examination.

Adelaide Zoo Veterinarian Sarah Alexander said the little otters were given a clean bill of health.

“We had a good look at their eyes and limbs and made sure we couldn’t see or feel anything out of the ordinary,” Sarah said. 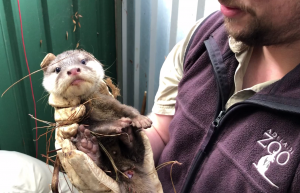 “I’m pleased to say they look great and are growing up really well.

“We weren’t sure what sex they were prior to coming in either, so it’s really good to know who we’re welcoming to the family.”

The baby otters were quickly returned to the den to be with their parents after the check was done and dusted.

“The pups’ mum and dad, Kalaya and Bao, are first-time parents so they’re understandably quite protective of their young,” Sarah said.

“To make sure both parents and pups weren’t too uncomfortable during the check, we made sure to be as fast as we could and immediately get them back together.”

While the pups are yet to make their debut in the otter habitat, keepers have observed them starting to venture out of the den at night.

Born earlier in the year, the two pups mark an important contribution to the breeding program working to save their vulnerable species.

These new pups mark the first litter born at Adelaide Zoo since 2003. Adelaide Zoo is proud to have bred more than 69 otters since its inception.