There’s a new Brazilian Tapir in town at Adelaide Zoo 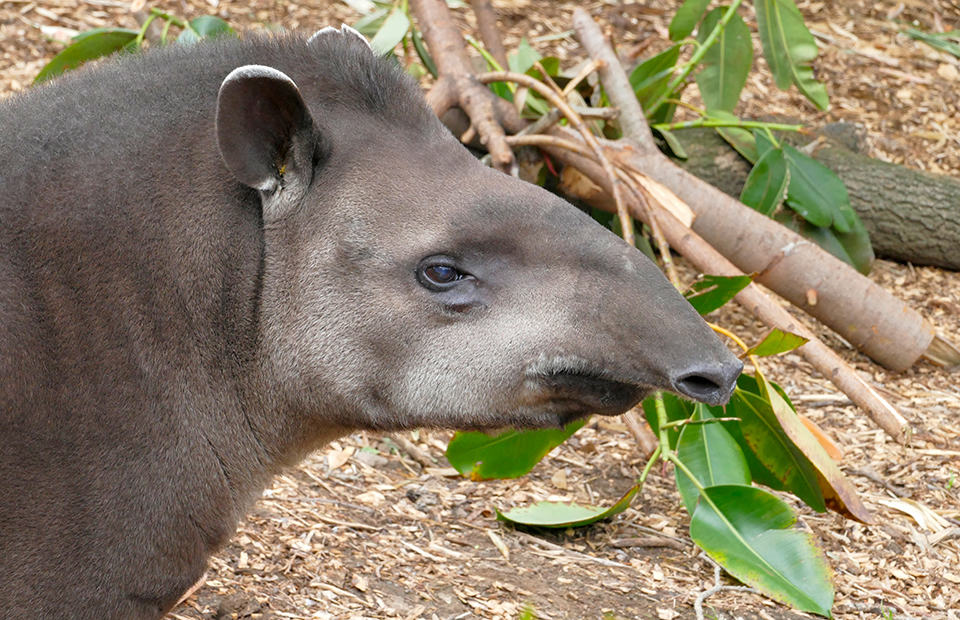 There’s a new Brazilian Tapir in town at Adelaide Zoo

Arturo arrived to his new home on Tuesday, 27 August after travelling from Melbourne Zoo.

Adelaide Zoo Keeper Arliah Hayward said it was very exciting to welcome a boy to the family.

“Arturo has already been doing really well. He’s settling in fast and was seen exploring all over his exhibit yesterday and marking his territory.”

Once Arturo is fully settled in and comfortable, keepers hope to be able to introduce him to Chiquita for breeding.

“We’re crossing our fingers for the pitter-patter of tiny hooves in the future!” said Arliah.

“If you’ve ever seen a photo of a baby tapir you’ll know how cute they are – they’re covered in stripes and spots which fade once they reach around six months old.

“Any calves born here would be an excellent addition to the breeding program working to safeguard Brazilian Tapirs.

“With crucial habitat being lost in South America at the moment, it’s more important than ever that zoos make sure they have healthy insurance populations of threatened species like the Brazilian Tapir.”

Arturo’s species is one of five species of tapir, all of which share a similar quirky appearance.

These amazing animals have flexible trunk-like noses, or proboscis, which helps them eat leaves from low bushes and trees. They can even use it like a snorkel while swimming.

Brazilian Tapirs are primarily solitary animals found in lowland rainforests in South America, including parts of the Amazon Rainforest.

They spend the day hiding in thick vegetation and only emerge at night to feed on leaves, tree bark, reeds and fruit.

Despite weighing up to 250kg, these unique animals are terrific swimmers and spend much of their time wallowing in water to clear skin parasites and avoid predators like jaguars.

Arturo will spend 30 days in quarantine, but will do so from the comfort of his exhibit so members of the public can still come and say hello.

As a conservation charity existing to save species from extinction, Zoos South Australia works to raise awareness for species like the Brazilian Tapir.

Listed as vulnerable to extinction by the International Union for the Conservation of Nature (IUCN), the species is threatened in the wild by habitat destruction and hunting.