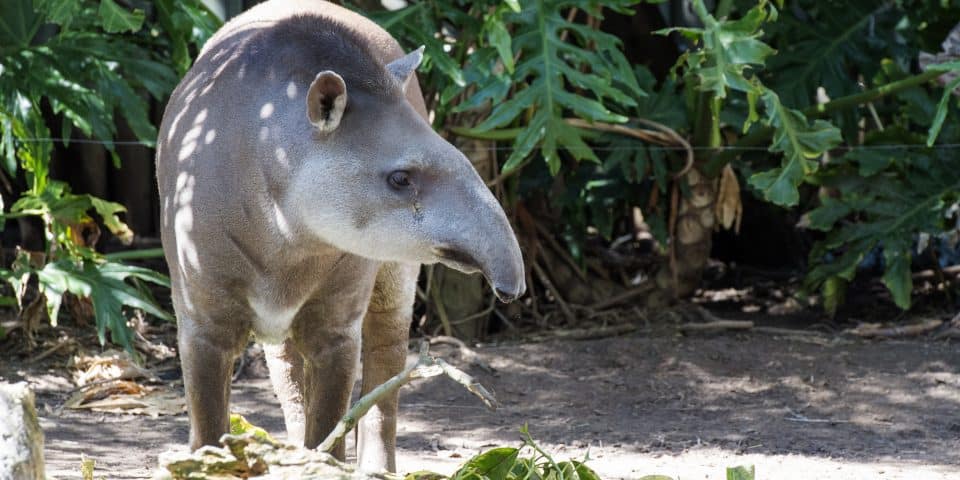 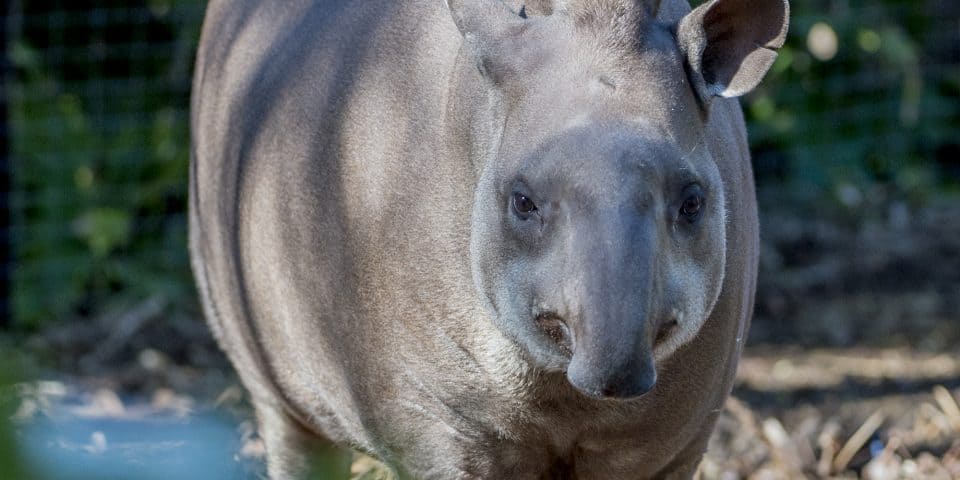 Our females, mother and daughter Brazilian Tapir duo Talara and Chiquita, share their home with a group of five Patagonian Mara and love to spend their days lazing in the sun and occasionally going for a swim during warm afternoons!

Talara is a gentle old girl who was born at Marwell Zoo in England on 21 September 1987 and arrived at Adelaide Zoo in 1990. She has a very relaxed temperament and loves nothing more than a good belly rub from her keeper friends!

Chiquita was born here at Adelaide Zoo on 27 August 2002. She’s a curious tapir who loves to play and can be a bit boisterous at times! She loves to be patted all over by her keepers.

Our male, Arturo, was born at Taronga Western Plains Zoo in 2006, before moving to Melbourne Zoo in 2011. Arturo arrived to Adelaide Zoo in August 2019 and settled in fast, enjoying his favourite treats of sweet potato and carrot. Arturo also lives with a pair of Patagonian Mara

Brazilian Tapirs are one of five species of tapir, a quirky looking animal most closely related to the horse and rhinoceros. Their flexible trunk-like noses, or proboscis, help them eat leaves off low bushes and trees and they can even use it like a snorkel while swimming!

Brazilian Tapirs are primarily solitary animals found in lowland rainforests across much of South America, east of the Andes Mountains.  They generally spend the day hiding in thick cover, and only emerge at night to feed on leaves, tree bark, reeds and fruit. Despite weighing between up to a hefty 250kg, these unique animals are terrific swimmers and spend much of their time wallowing in water to clear skin parasites and avoid predators like jaguars.

This species is listed as vulnerable and are under threat from deforestation, hunting and competition with domestic livestock.

Love tapirs? Join our wild family and help us ensure the future for many amazing species like the Brazilian Tapir! There are many ways you can help support these Brazilian beauties.