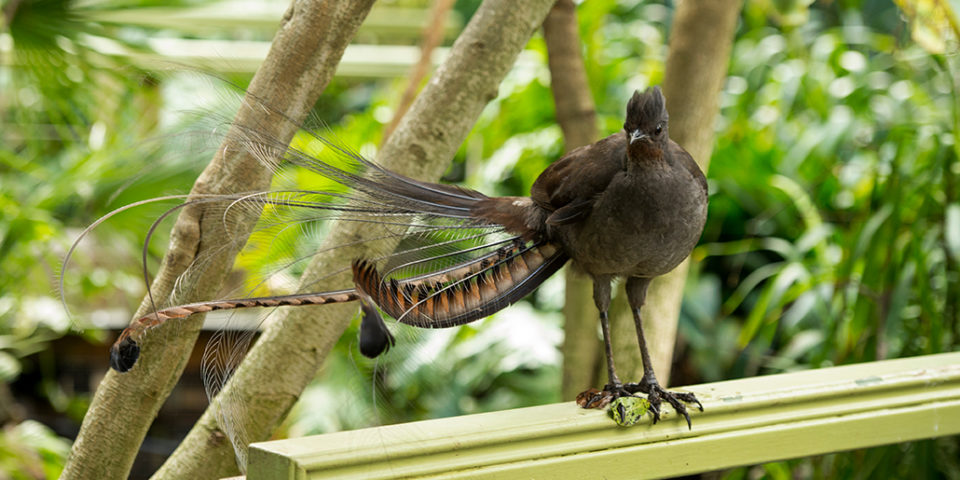 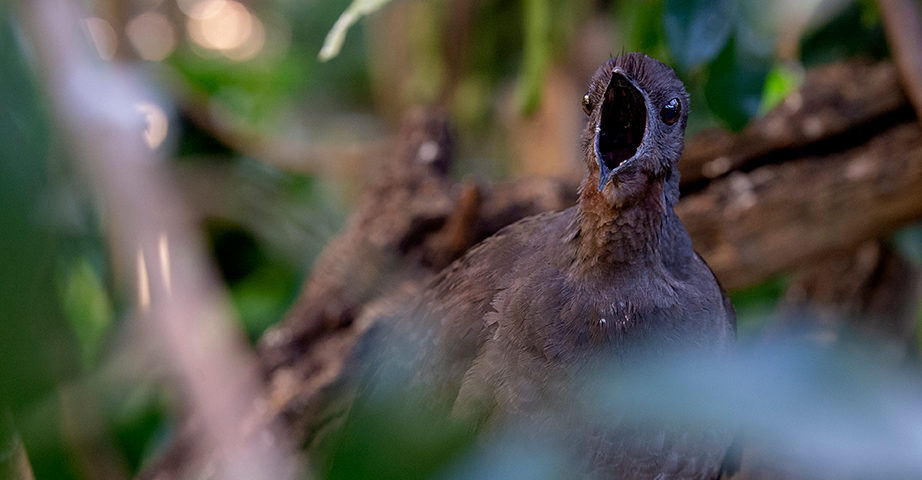 Listen out for my impressive vocalisations

Look at this tail!

Most well-known for its ability to learn any sound it hears, the Superb Lyrebird is a master of mimicry. From car alarms and mobile phones, to the calls of other bird and animal species and even the sounds of construction machinery, if a lyrebird can hear a sound, they can imitate it.

Adelaide Zoo’s male Superb Lyrebird Nova was born in 1989 in Victoria and arrived to Adelaide in 2017. You’ll find him in the Australian Rainforest Aviary.

At home in south-east Australia and southern Tasmania, the Superb Lyrebird spends its days on the floor of humid forests, taking to the trees to roost at night. Lyrebirds only cover a small amount of ground within their lifetime, generally keeping within a ten-kilometre diameter of its home at all times.

Using its feet to clear leaf litter, the lyrebird’s diet mainly consists of insects, spiders, and worms. Lyrebirds tend to live and forage alone, with the exception of females and their male young.

These pheasant-like birds spend most of their life solo, but when it comes to breeding the males are quite the show-off! They attract multiple females by singing and dancing (quite literally shaking their ornate tail feathers!) to impress a potential mate. After mating, the female lyrebird will work alone to build a nest and incubate the egg, raising the young by herself.

While listed as Least Concern by the International Union for the Conservation of Nature, population numbers of Superb Lyrebirds are decreasing thanks to threats including climate change, severe weather events, and habitat shifting and alteration by humans.

Love Lyrebirds? Join our wild family and make sure this incredible bird stays a flap ahead of extinction.