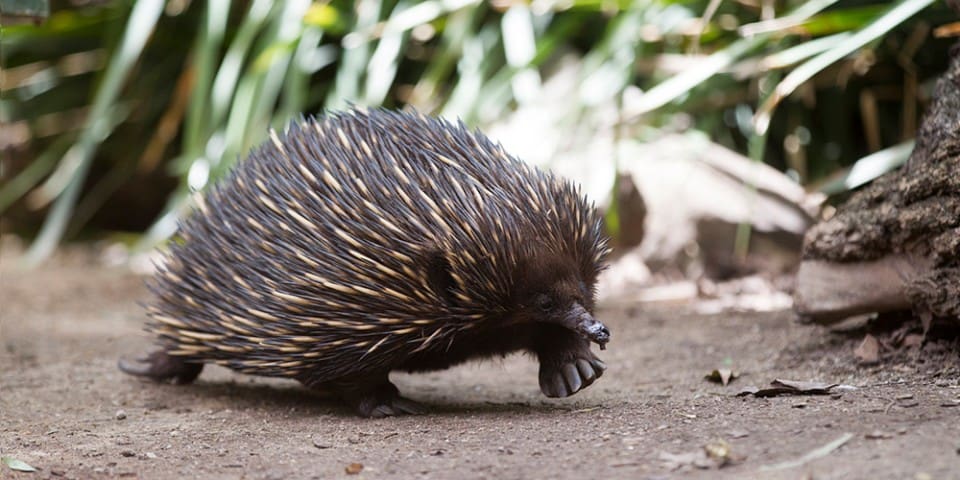 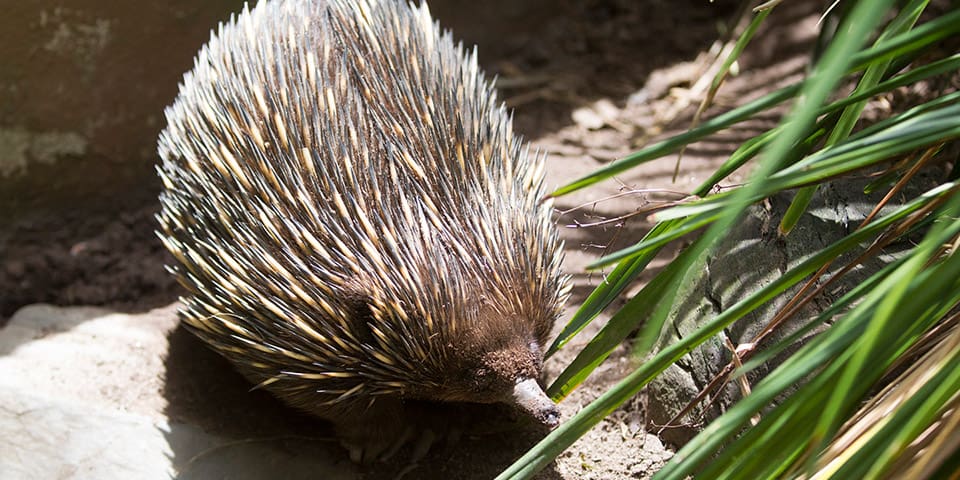 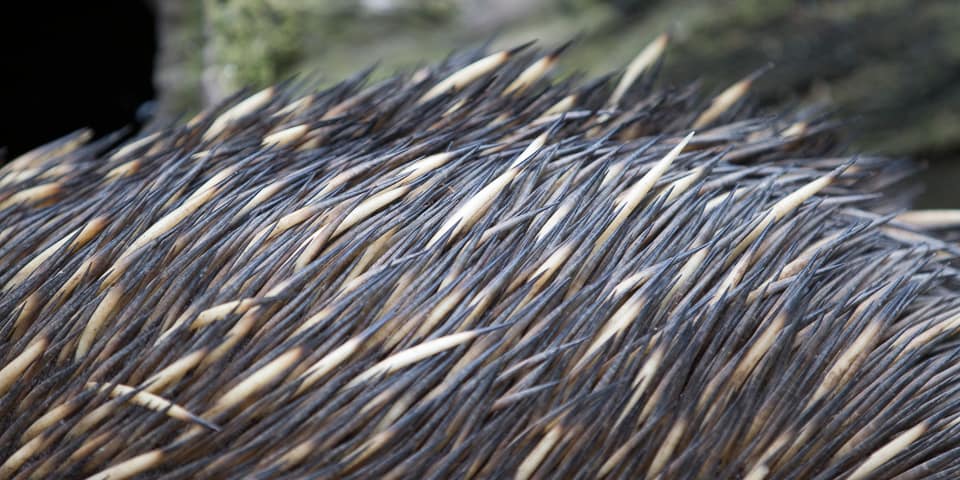 Echidnas are covered in spines to help protect them from predators! 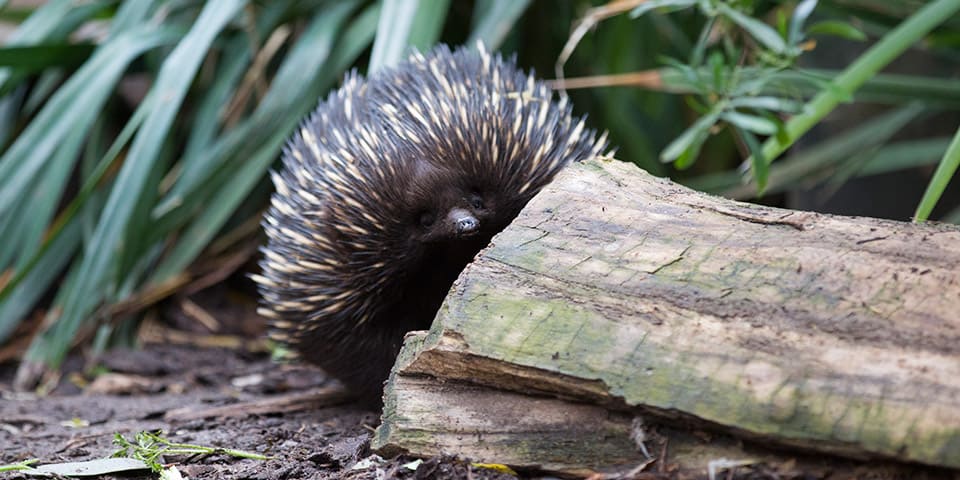 Stevie is prickly in appearance but definitely not by nature. Echidnas are usually shy animals, but not our Stevie! He’s an inquisitive little echidna and can often be seen shuffling through the rainforest aviary without a care in the world, pushing both visitors and birds off the boardwalk as he sniffs his way around.

Stevie is an old boy, born at the Zoo on 13 December 1997 and is blind in both eyes, but he doesn’t let that slow him down! He loves to tuck into his mince-meat slurry and is also happy to help himself to the birds’ food.

Echidnas are one of two species of monotremes, or egg laying mammals, and are found throughout Australia and New Guinea. The only other monotreme is the Platypus. They’re covered in coarse hair and spines which provides good protection against predators. Normally a solitary and timid animal, echidnas will curl into a spikey ball at the first hint of noise or movement.

Echidnas are insectivores and eat mainly ants and termites. They don’t have any teeth so instead they use their narrow beak and long sticky tongue to mop up dinner from inside ant nests and termite mounds.

One month after mating, a female echidna lays a single soft-shelled leathery egg and deposits it in her pouch. A baby echidna, called a puggle, hatches ten days later and is carried around by mum for about two months, feeding on her milk. Puggles start life off without any spines. Once spines start to develop and it becomes too spikey to carry, the mother will dig a burrow for it to live in.

Echidnas are generally found in forests and woodlands hiding under the vegetation and are the most widely distributed native Australian mammal across the country.

Love Australian animals? There are many ways you can help support Australian icons like Stevie the Echidna!