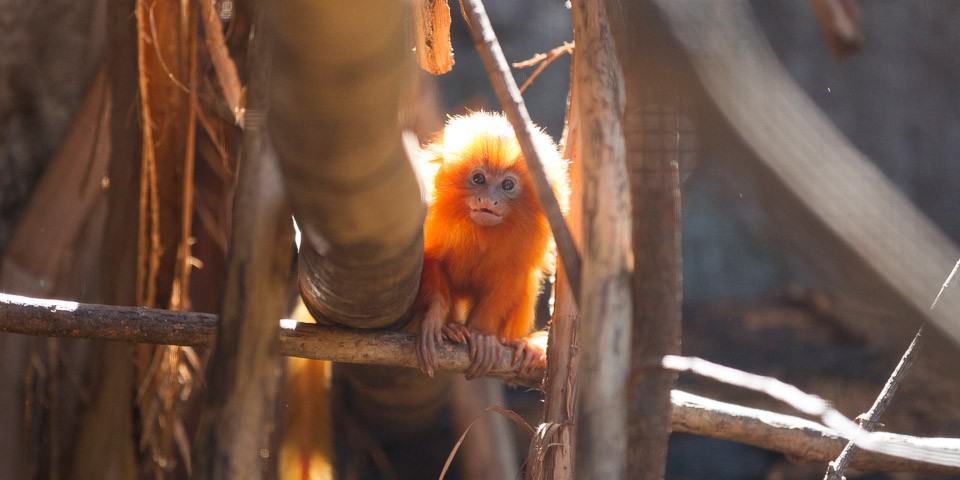 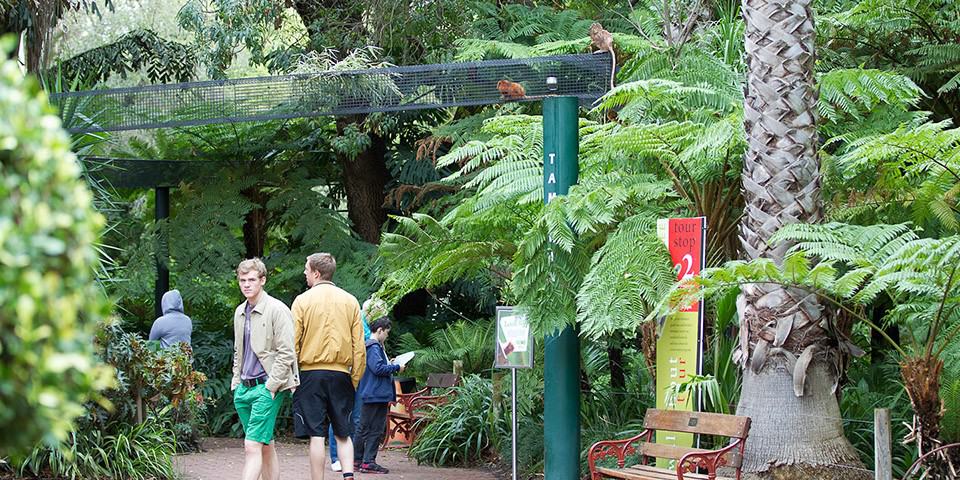 Make sure to look up when you visit our tamarins! 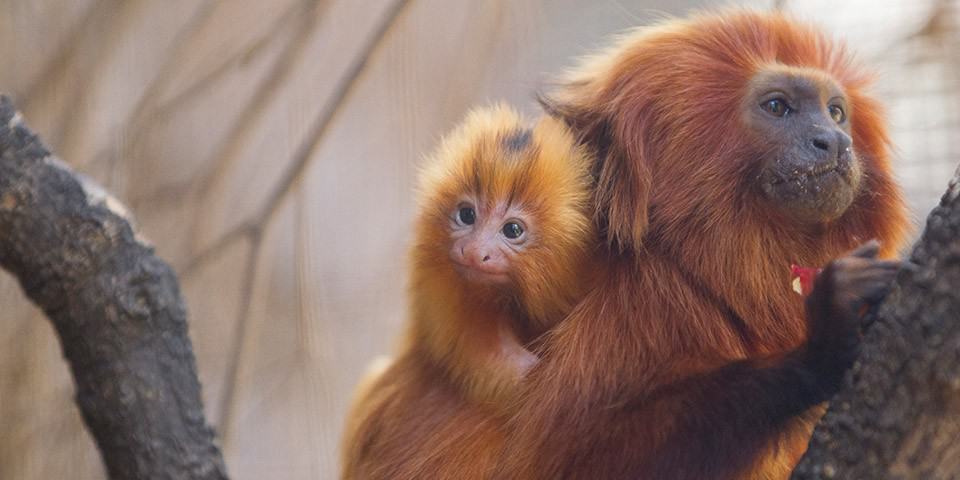 Adelaide Zoo is home to nine gorgeous Golden Lion Tamarins. These adorable little guys get their name thanks to their beautiful reddish-orange hair colour.

Our family group consists of Arella and Roscoe. Arella was born at Adelaide Zoo in 2014. In June 2017, Adelaide Zoo welcomed make Roscoe from Mongo Zoo in New South Wales. Within six months, Roscoe had successfully pared up with female Arella and the pair welcome twin babies Frida and Diego in November 2017. Roscoe and Arella have since given birth to another five offspring since September 2019 – Poko, Raphael, Juniper, Javier, and Jose.

Golden Lion Tamarins leave their family group around the age of two years. Because of this, Frida and Diego now live in a separate group to the extended family.

Arella is a caring mother who gained valuable experience as a mum by helping raise her brothers and sisters before having her own offspring. Roscoe also spends a lot of his time carrying infants when they are young to give Arella a rest.

The Golden Lion Tamarin is native to the Atlantic coastal rainforests of Brazil and gets its name from the gorgeous reddish-orange colour of its hair, which is longer around the head making it look similar to a lion’s mane. It’s believed that this species gets its stunning colour from sunlight and the carotenoids (pigments) in their food.The Golden Lion Tamarin has a diverse, omnivorous diet consisting of fruit, flowers, nectar, bird eggs, insects and small vertebrates.

Golden Lion Tamarins are social and live in groups of up to eight members. These groups usually consist of one adult breeding pair and their offspring. Both male and female offspring may leave their family group at around four years of age to look for their own breeding opportunities.

The Golden Lion Tamarin is an endangered species with approximately 3,000 individuals left in the wild. It’s believed that the Golden Lion Tamarin has lost between 95-98% of its natural home range and can now only be found in small pockets of rainforest in Brazil. The major threat facing the species is habitat loss and fragmentation due to farming, logging and livestock in addition to the illegal wildlife trade.

Love tamarins? Join our troop and ensure Golden Lion Tamarins stay a leap ahead of extinction! There are many ways you can help support these adorable animals!