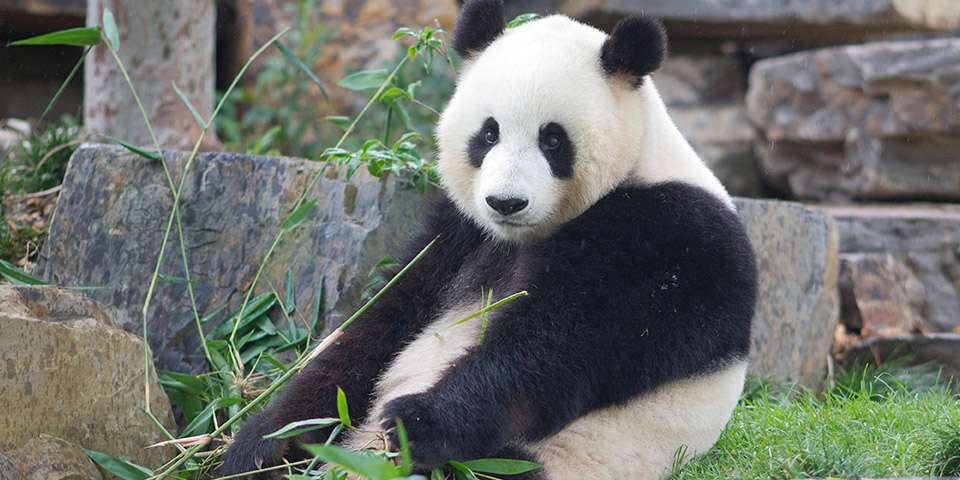 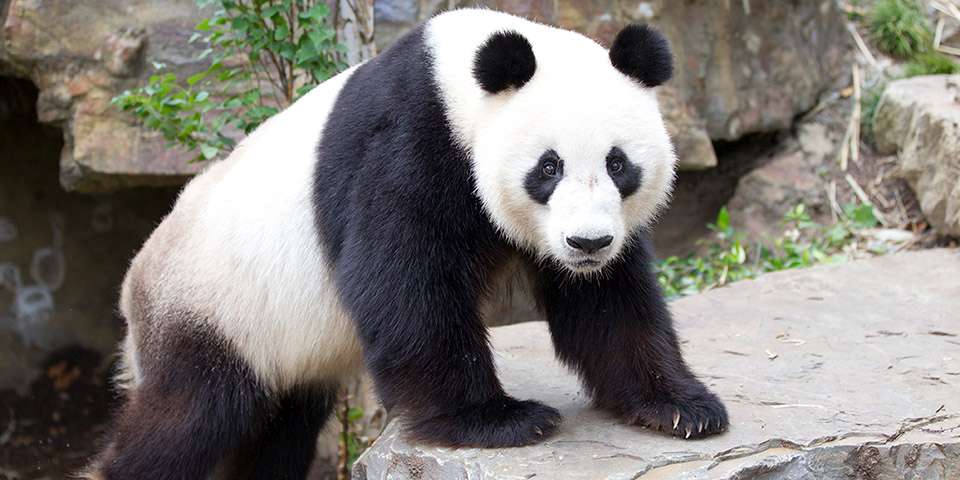 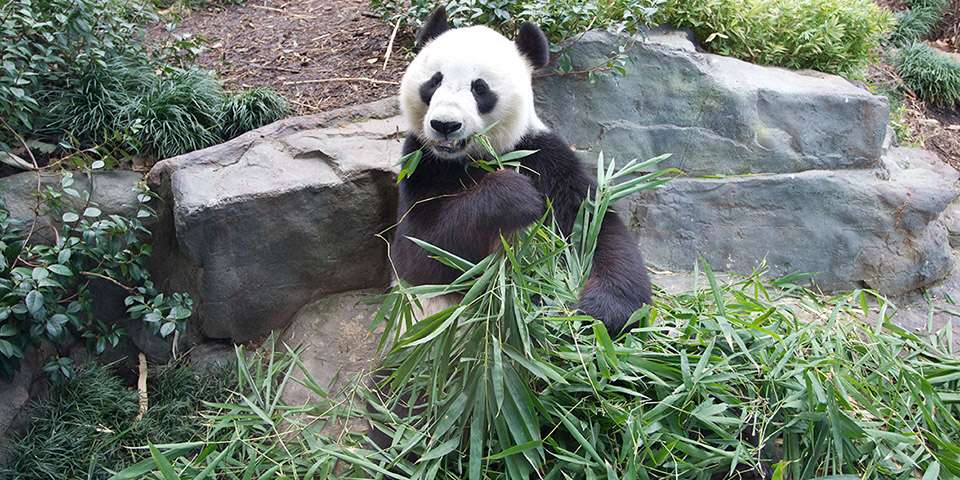 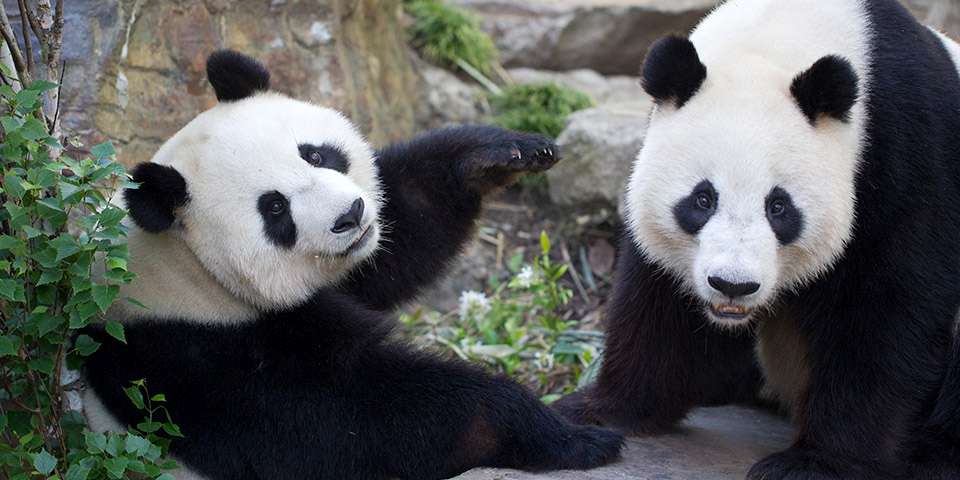 Wang Wang and Fu Ni are the only two pandas in Australia!

Wang Wang and Fu Ni are Australia’s only breeding pair of Giant Pandas.

Wang Wang (Net Net) was born on 31 August 2005 and Fu Ni (Lucky Girl) on 23 August 2006 both at Woolong Giant Panda Research Centre, China and moved to Adelaide Zoo together in November 2009.

Fu Ni is intelligent, playful and loves interacting with zoo keepers, most likely as she was a twin and therefore partially hand reared. She won a silver medal for the Most Popular Panda Outside of China in a popular online competition. Fu Ni is smaller than Wang Wang and has a Mohawk-like cowlick in between her ears. Fu Ni loves any form of enrichment that involves a food reward, especially apple, pear and panda cake.

Wang Wang is a laid-back boy and more independent than Fu Ni most likely due to being a single mother-raised cub. He is about 10kg heavier than Fu Ni and has a more masculine appearance with a broader nose and sharp jaw-line. Zoo keepers love his Shrek-like ears that respond extremely well to sound in his environment. Wang Wang enjoys scent-based enrichment and loves nothing more than getting a big cardboard box filled with fresh sawdust and rolling around in it.

Both pandas are extremely well trained to participate in a variety of activities including medical procedures that enable keepers and vets to administer medicine, take blood samples and review their general health.

Wang Wang and Fu Ni are part of the international Giant Panda research, conservation and breeding program designed to preserve this vulnerable species.

In an effort to guide international efforts in creating and conserving suitable habitats for Giant Pandas, Zoos SA, alongside its Chinese counterparts, are helping to develop scientific knowledge about pandas’ nutritional requirements and reproductive biology.

Housing the only pair of Giant Pandas in Australasia has led to a completely new set of scientific data highlighting the differences between hemispheres and how it affects pandas’ nutritional requirements and reproductive biology.

Giant Pandas used to range throughout southern and eastern China, Myanmar and north Vietnam. Today they live in six major mountains ranges in the Sichuan and Gansu Provinces. There is an estimated 1,864 Giant Pandas living across a 23,000 square kilometre range.

Giant Pandas are part of the ursidae or bear family but separated from other bear species at an earlier period in evolution. Like all bear species the Giant Panda is a natural meat eater, however this unique bear has adapted to live on an almost solely vegetarian diet.

They have an elongated wrist bone that acts like a thumb to help them grasp food firmly. They possess huge molar teeth and powerful jaw muscles to break the woody parts of bamboo and chew the stem, culms and leaves with ease.

Giant Pandas are generally solitary, but they do communicate periodically through scent marks, calls, and occasional meetings. Female only enter oestrus once a year for around 24-72 hours.

The major threat to wild pandas is habitat loss and fragmentation due to China’s dense and growing human population. There are currently more than 370 Giant Pandas living in captivity, the majority of these are in China with a small population living in a handful of zoos across the world. These insurance populations safeguard the species from unpredictable events such as fire, disease or natural disaster and help increase the animal population and ensure genetic diversity through captive breeding programs.

The preservation of the Giant Panda and its habitat has a positive flow on effect for countless species inhabiting the mountains of China.

Due to COVID-19 restrictions, VIP Panda is unavailable until further notice. If you would like to be the first...

Meet our playful pandas! Are you absolutely wild about pandas? How would you like to tour Bamboo Forest before...

Love pandas? Join us to ensure pandas can enjoy their wild mountain home for generations! There are many ways you can help support these charismatic creatures.