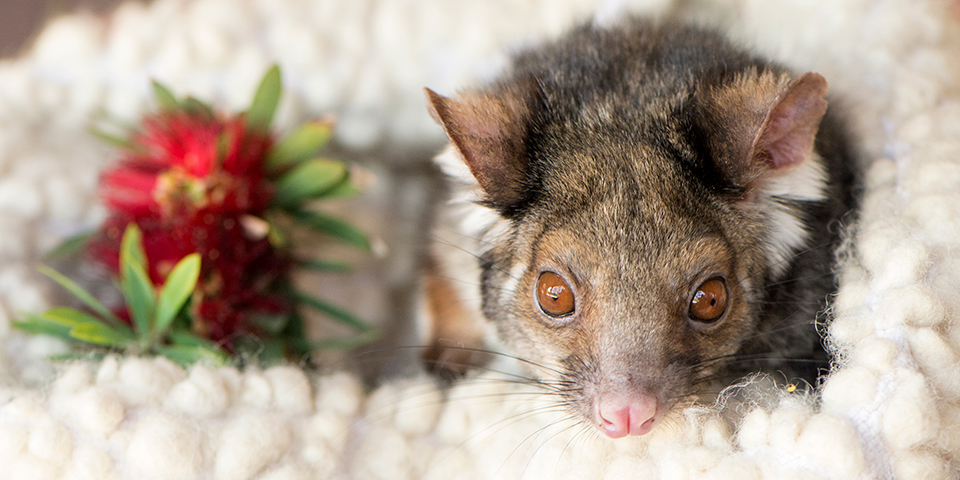 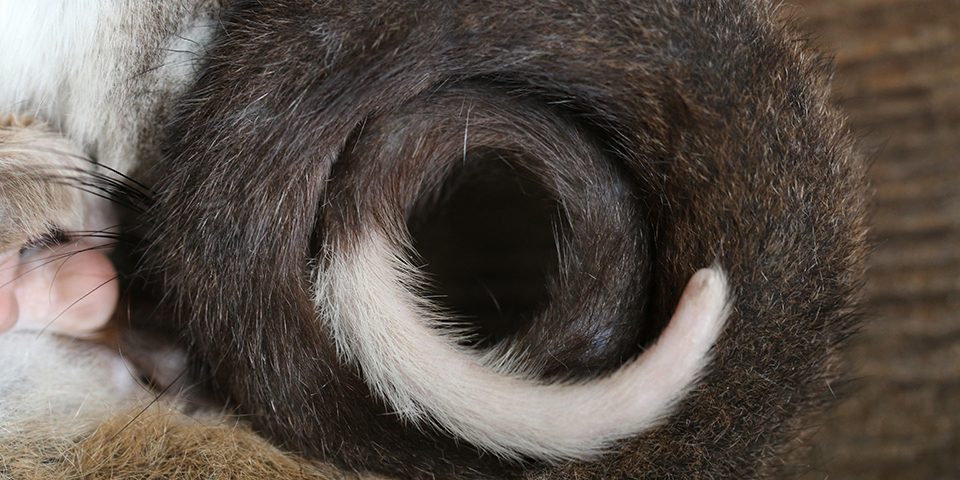 Look at that curled tail! 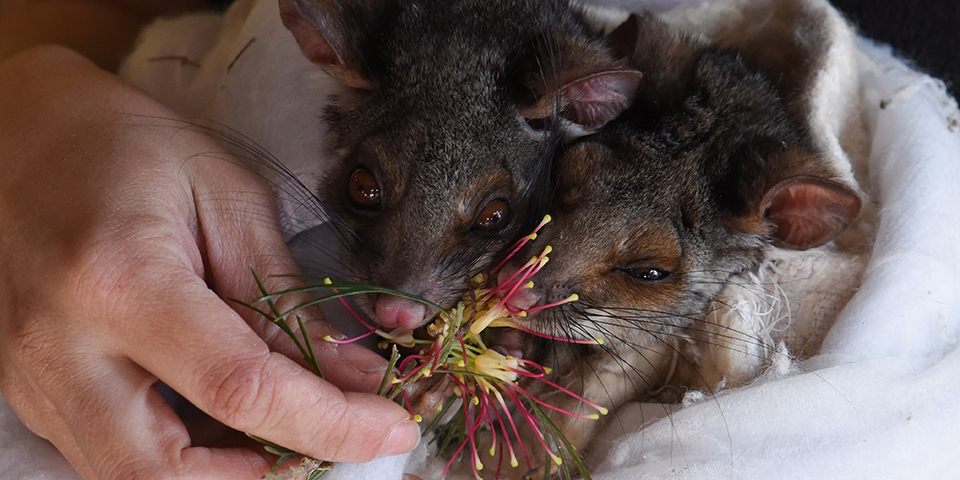 You can spot Navi, Chilli or Elsa in our Nocturnal House or in our WildShow at Variety Children’s Zoo.

All three possums love munching on yummy native flowers and treats of sweet corn and act as excellent ambassadors for the plight of their wild cousins.

Common Ringtail Possums are often confused with their brush-tailed counterparts but if you look closely they’re completely different! These little possums are light grey to black in colouring with red-brown tinges on their limbs and a long, white-tipped, prehensile tail that they carry curled into a coil, hence their name. This iconic tail plays an important role in gripping, climbing and carrying nesting materials.

These ring-tailed cuties are almost exclusively arboreal, meaning they spend their entire lives in the treetops. You’ll find them in forests, woodlands, shrublands and, increasingly, backyards along the east coast of Australia from northern Queensland to South Australia and Tasmania.

Native and exotic flowers, nectar and fruits and young eucalyptus leaves are the food of choice for these nocturnal marsupials. The possums also produce faecal pellets during the day which they then eat and digest again, allowing them to absorb the maximum amount of nutrients from their food sources.

Common Ringtail Possum families are made up of both Mum and Dad, their youngest offspring and often offspring from previous litters. During the day, the group will retire to a circular nest called a ‘drey’ which is made from branches, twigs, grass, bark and leaves, or occasionally tree hollows. Females give birth to typically two young once or twice a year, but litters can be anywhere from one to four babies. The little ones will stay in their mother’s pouch until they’re around four months old. They will then be carried around on their parents’ backs until they’re fully weaned, between five to eight months old, before leaving the nest after the next litter is born.

While Common Ringtail Possums are listed as Least Concern by the IUCN, these small mammals are under increasing threat from deforestation and injuries and attacks from cars, cats and dogs in suburban areas.

Love possums? There are heaps of ways you can help secure the future of these ring-tailed beauties!