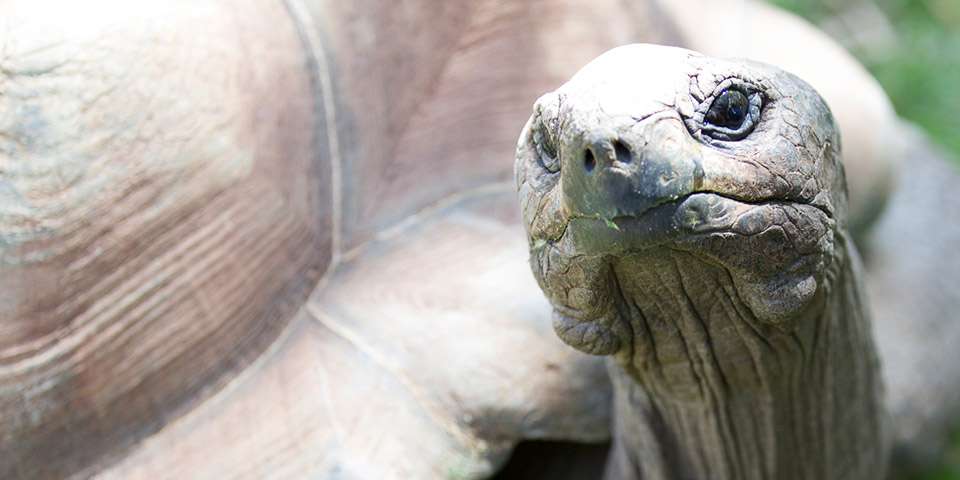 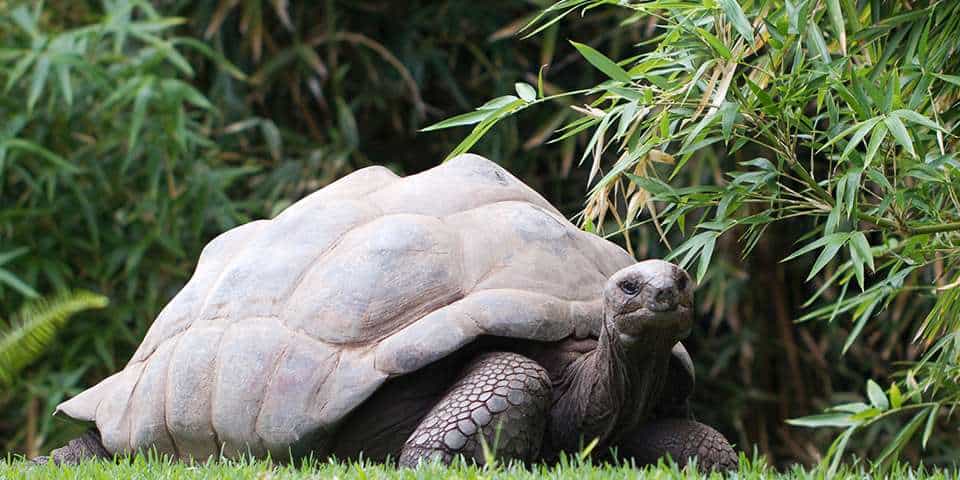 She enjoys interacting with visitors and seeing keepers arrive with the red food bucket, moving towards it as fast as she can for a tasty treat! Aonika absolutely loves her veggies, especially broccoli, pears and sweet potato.

Aldabra Tortoises are found on Aldabra Atoll, a small group of coral islands in the island nation of Seychelles, north of Madagascar. They inhabit many different habitats including grasslands, scrub, mangrove swamps and coastal dunes.

These tortoises can grow up to a metre long and have hard, protective shells that are made up of 59 to 61 bones covered by plates (scutes). Their shell is part of its skeleton, meaning they cannot crawl out of it. The shell’s top is called the carapace and the bottom is the plastron.

The Aldabra Tortoise is the last of 18 species of tortoise that once flourished on islands of the Indian Ocean. The others became extinct because of hunting by sailors and predation of eggs and hatchlings by introduced species such as rats, cats and pigs.

They are currently protected but suffer from poaching and loss of traditional habitat.

Love tortoises? Join our clutch – there are many ways you can help support these gentle giants.