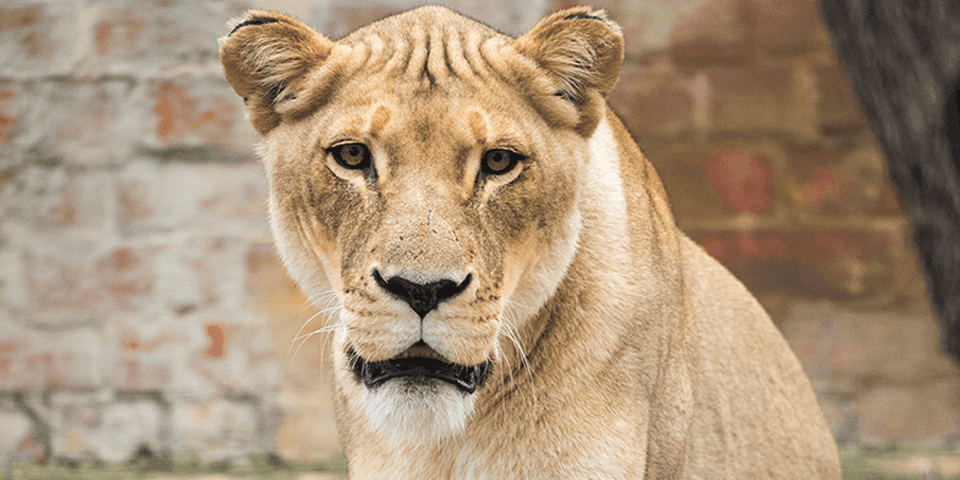 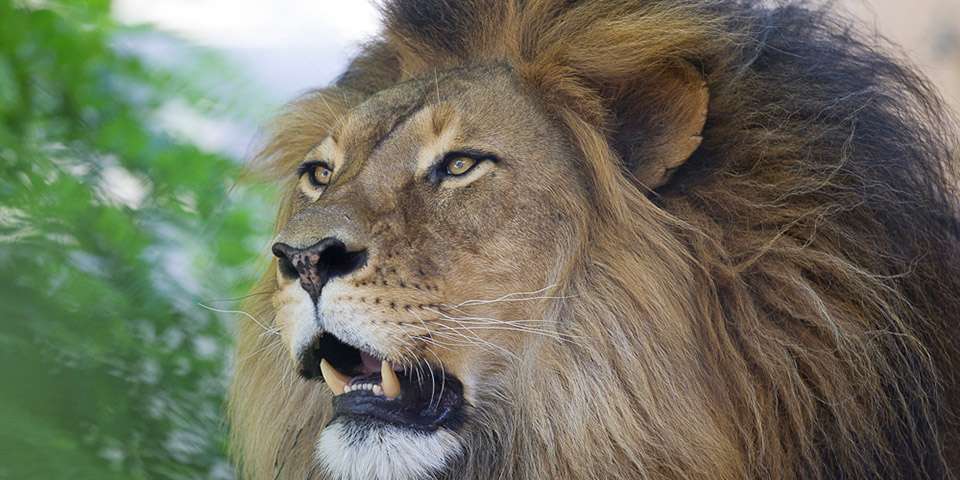 Did you know you can feed me my lunch?

Our majestic male lion, Mujambi was born on 26 March 2005 at Mogo Zoo and moved to Adelaide Zoo in 2007. Known for his beautiful mane, Mujambi loves scent-based enrichment, especially lemon geranium.

Our lioness, Amani was born on 6 May 2001 at Auckland Zoo and moved to Adelaide Zoo in 2002. Amani gave birth to a litter of cubs in 2004. Like Mujambi, Amani also loves scent-based enrichment, including herbs and hessian sacks and the odd egg and fish treat.

These two are great companions, however keepers do need to separate the two when it comes to food as they get differing amounts to keep them at their healthy goal weights. Mujambi can get anywhere up to 4 times the amount of Amani due to his very fast metabolism and he is also a very slow eater so separating them overnight gives him time to eat every last bit!

African Lions are native to sub-Saharan Africa and live in rich grasslands and light woodlands of eastern Africa to the more arid areas of the Kalahari Desert.

Lions live in large family groups called prides, which usually consists of a dominant male, a dozen females and their offspring. Lionesses share the hunting and babysitting duties, but it’s not all easy going for the boys, who are responsible for protecting the pride and territory. As the only social cat, they have a well-developed sense of humour!

Ensuring African Lions thrive for years to come is no funny business. It’s estimated that between 16-30,000 lions exist in the wild. Lions historically ranged throughout Africa, the Middle East and southwest Asia. Today, the population is found in an isolated pocket of India, where the Asiatic Lion is classified as critically endangered with less than 400 individuals remaining, and sub-Saharan Africa.

Like lion numbers, habitat for lions has declined as human population, land cultivation and numbers of livestock have steadily increased in areas lions call home. Lions are often killed to protect livestock or as retaliation kills for livestock loss.

Due to COVID-19 restrictions, Lion Interactive is unavailable until further notice. If you would like to be the first...

Love lions? Join our pride and ensure lions stay a pounce ahead of extinction! There are many ways you can help support these majestic creatures.