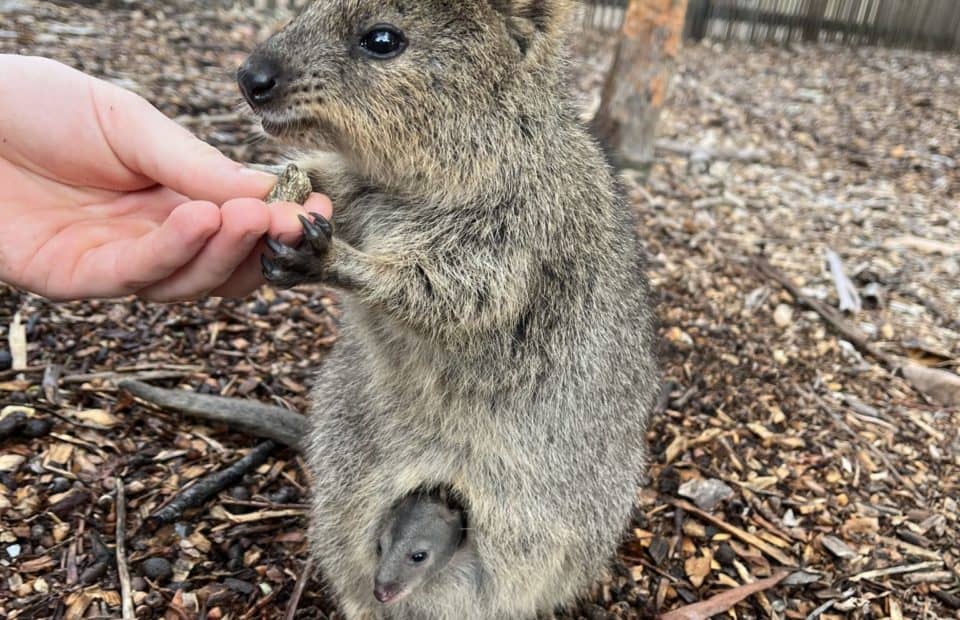 A furry little face has popped out to say hello at Adelaide Zoo!

The Quokka joey made its debut this week, wiggling its nose out from five-year-old Yiray’s pouch.

Quokka joeys live in their mother’s pouch for around five months before making their way out to explore the world.

Senior Keeper Nature Theatre, Michelle Birkett, said it was very exciting moment for the team to see the little one appear.

“Yiray has definitely been eating for two, she has been getting into all the snacks!” she said.

“We’ve been waiting eagerly to see the joey come out to say hello and it finally happened at the start of this week so it was all very exciting.

“Yiray previously had a joey that didn’t survive, so it has been amazing to see her doing really well as a mum this time around.

“With Poppy’s joey last year, the other Quokka girls acted like aunties and took turns looking after the little one, so we’re hoping they’ll all chip in to help Yiray this time.”

In around a month, the joey will makes its way completely out of Yiray’s pouch to bounce and jump around the Quokka exhibit near the Variety Children’s Zoo.

Quokkas are one of the smallest wallaby species in the world, and are well-known and loved for their fluffy faces, ears, and tail which can be up to 31cm long.

These marvellous marsupials were once abundant across Australia, however they are now vulnerable to extinction according to the IUCN Red List of Threatened Species.

Quokkas are now only found in the south-west region of Western Australia, most notably off the coast Perth on Rottnest Island.

For more information or to book your tickets to visit our family of Quokkas, please visit www.adelaidezoo.com.au.