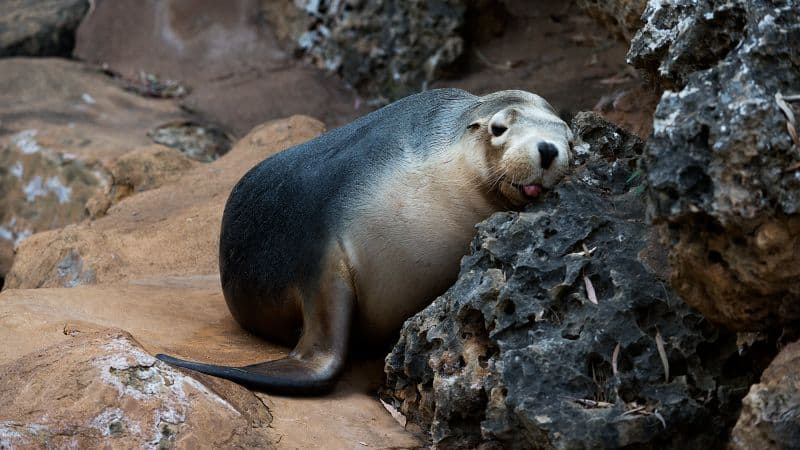 Budding South Australian citizen scientists are encouraged to help the National Parks and Wildlife Service (NPWS) to help save our endangered Australian sea lions by logging into the Sea lion Spotter portal over the next two weeks as part of a data blitz.

Anyone with internet access can help NPWS staff and research scientists to remotely count populations of adult and pup Australian sea lions.

The NPWS today held a Sea lion Spotter session with school students from Endeavour College at Adelaide Zoo where they had the opportunity to register as citizen scientists and learn more about this endangered species.

The Sea lion Spotter app was developed to provide an easy way for anyone with an interest in sea lions and marine life to contribute to the recovery of the endangered species.

Sadly, in December 2020, the Australian sea lion went from vulnerable to endangered under the Commonwealth Environment Protection and Biodiversity Conservation Act 1999.

Researchers have been monitoring the South Australian west coast colony since 1999. While pup numbers peaked in the early 2000s with over 600 pups, numbers have since almost halved.

Prior to the state election, the Malinauskas Government committed $2 million toward the establishment of a Citizen Science Fund to harness the power of South Australians who are enthusiastic about nature and want to contribute to our collective environmental knowledge.

For more information and to sign up a spotter, visit www.sealionspotter.com