A change of scenery for Ziggy and Stardust 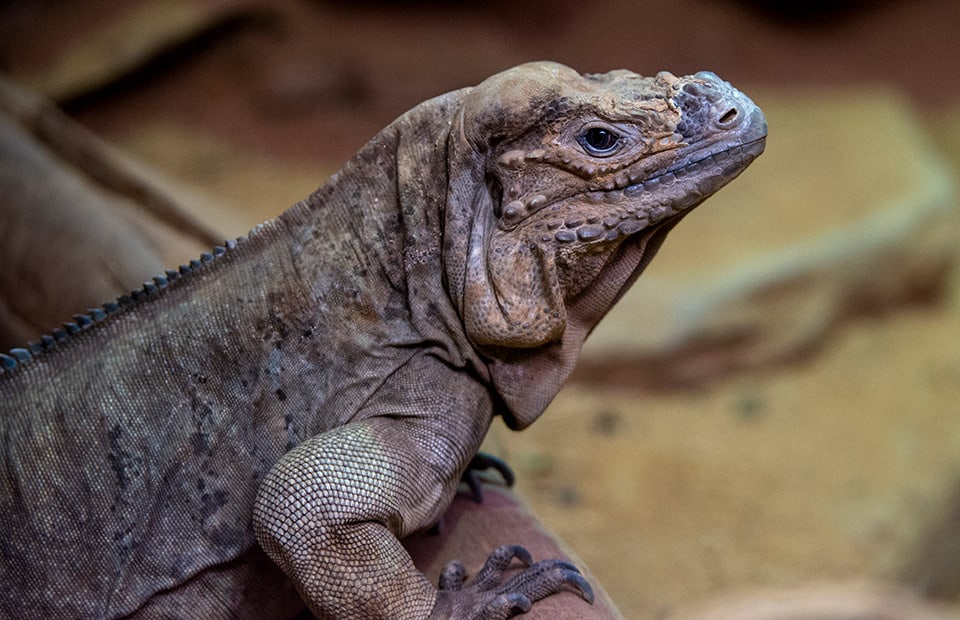 A change of scenery for Ziggy and Stardust

Male Ziggy and female Stardust recently made the move from their old home in the Nocturnal House to an exhibit near our Maned Wolves, Australian Sea Lions and Meerkats.

The pair are living it up in luxury in their new, specially-renovated exhibit which is now complete with heated rock dens, a large heating pad and warm basking areas – important features when you rely on outside heat sources to keep your body temperature up!

Since moving in a few weeks ago, the reptilian siblings have settled in well and keepers have observed them relaxing and resting together.

Why are they called Rhino Iguanas you ask? 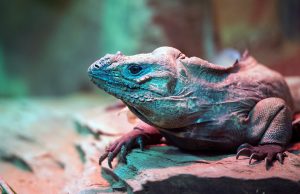 You might think Rhinoceros Iguanas get their name from their heavy build and thick, scaly grey skin.

However, their name actually comes from a series of protruding scales on the end of their snouts that, especially in males, resembles the horn of a rhino.

In the wild, these massive lizards enjoy a mostly vegetarian diet, feeding on plants and seeds, although they will eat insects and carrion when they can find it.

At Adelaide Zoo, our iguanas love their healthy leafy greens and munching on their favourite snack: grapes!

Sadly, Rhinoceros Iguanas are listed as vulnerable to extinction by the International Union for the Conservation of Nature (IUCN).

It’s estimated that around 35 per cent of the species’ habitat in their native Dominican Republic has been destroyed due to logging, mining and agriculture.

The habitat that does remain is unfortunately severely fragmented.

That’s just one of the reasons why we’re so lucky to have Rhino Iguanas at Adelaide Zoo.

Ziggy and Stardust are fantastic ambassadors for their cousins in the wild, fascinating our visitors since 2016 after their arrival from Taronga Zoo where they were born in 2007.