Teeth, tails and tums all checked with otterly great vets 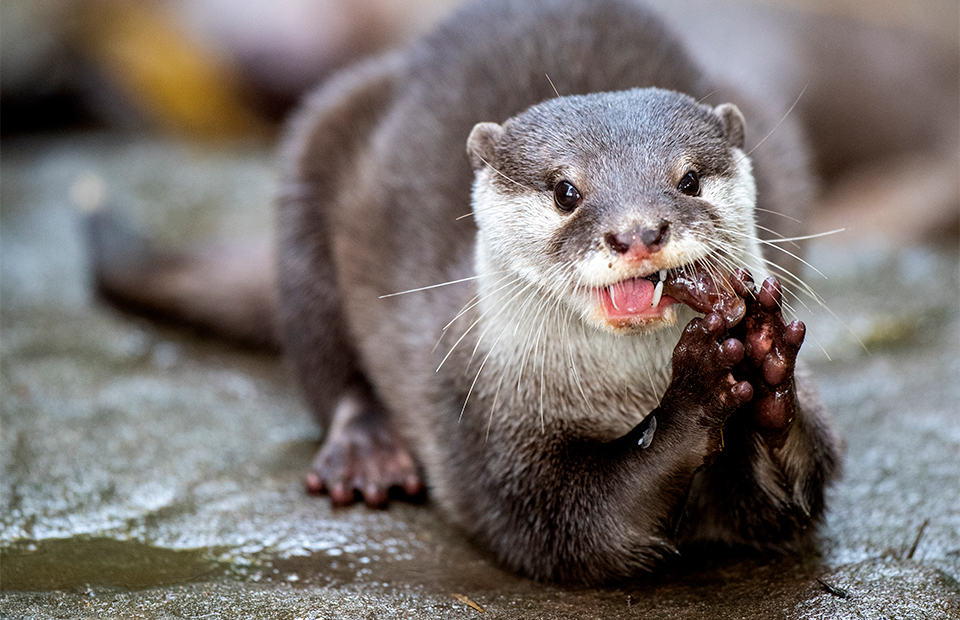 Teeth, tails and tums all checked with otterly great vets

Adelaide Zoo’s romp of Asian Small-clawed Otters received a check up in the Animal Health Centre with veterinarian David McLelland.

“We have a group of six Asian Small-clawed Otters at Adelaide Zoo and several were due for contraceptive implants and vaccination. We took the opportunity to carry out general health checks, including a blood tests, a dental exam, and xrays,” said David.

“The first on the table was Kalaya, mum to four offspring at Adelaide Zoo. The six year old was in good condition but a few of her teeth needed a descaling to prevent them from decaying.

“Otters love to eat fish and use their claws to help clean their teeth. While Kalaya had done a great job of caring for her teeth she had missed a bit, so we helped her out,” finished David.

In February 2019, Kalaya and Bao welcomed their first litter of pups Rama and Mali, meaning King and Jasmine Flower in Thai. These pups were joined by Kalaya and Bao’s second adorable litter in March 2020 who were named Riaan and Mani, meaning Little king and Jewel.

Otters are extremely agile hunters due to their speed, mainly feeding on crustaceans and molluscs, but are also known to take down prey twice their own size.

Asian Small-clawed otters use up to 12 distinct calls to interact with other group members.

Asian Small-clawed Otters are classified as vulnerable in the wild mostly due to the destruction of their habitat. Swamp forests in Asia are often converted for aquaculture, which bring otters into close proximity with humans. Otters are often killed as they’re perceived as pests that eat the prawns and fish that farmers consume. Hunting for traditional medicinal purposes as well as habitat pollution also threaten the survival of these naturally inquisitive mammals.

You can see our adorable romp of Asian Small-clawed Otters up close at Adelaide Zoo on your next visit! Visitors are asked to book tickets in advance and to follow all guidance regarding COVID safety. Go to: www.adelaidezoo.com.au/tickets