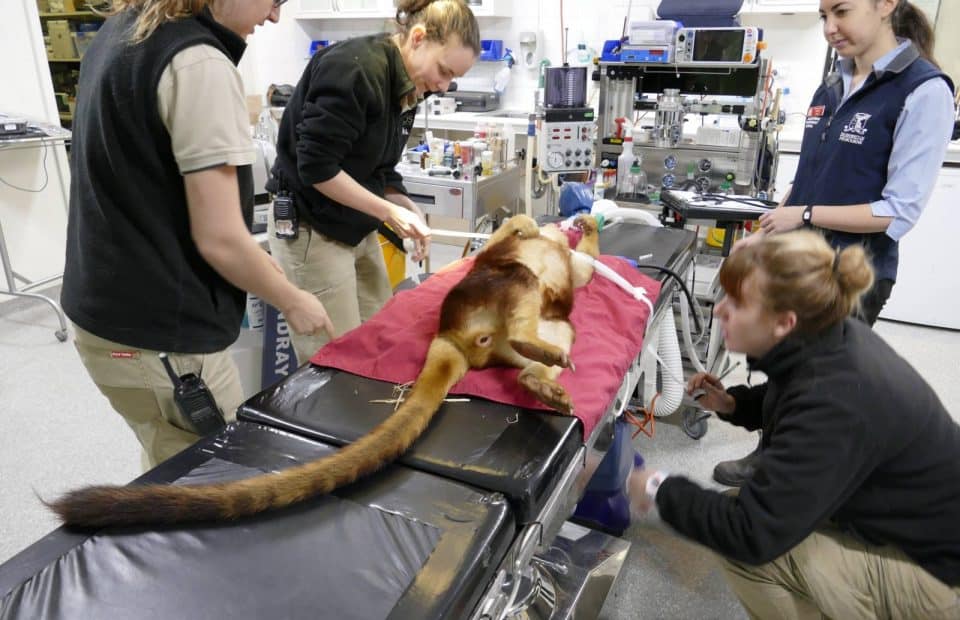 Two of our furry friends had a visit with the vet today at Adelaide Zoo!

Elle the Pygmy Marmoset and Buna the Goodfellow’s Tree Kangaroo spent the morning in the Animal Health Centre for a check-up and ultrasound.

Elle was booked in for an appointment after keepers noticed she’d lost some fur from her stomach. Vets then determined her blood glucose levels were high.

Weighing in at a tiny 119g, the little Marmoset was put under general anesthetic, given an ultrasound to check on her internal organs and had some bloods drawn.

Other than a little bit of gas, the ultrasound revealed her abdomen appeared normal but vets will wait on test results to learn more.

Following her procedure, she spent some time recovering in the Animal Health Centre before returning to her habitat where the whole Pygmy Marmoset group was treated to some delicious tree sap.

Meanwhile, 12-year-old Buna was in need for an appointment after keepers noticed small drops of blood in her enclosure.

Under general anesthetic, Buna was given an ultrasound to get to the bottom of what was causing the bleeding.

“We weren’t quite able to determine where the bleeding was coming from, whether it was reproductive, urinary or intestinal,” Sarah said.

“But doing an ultrasound is very helpful in getting more information on what might be causing it.

“Now, we will analyze these ultrasound results and determine a course of action to stop the bleeding, thankfully, Buna doesn’t appear to be in any pain or discomfort.”

Buna spent some time recovering before returning to her habitat to enjoy a meal of tasty fruit and fresh lettuce.

With more than 2500 animals calling Adelaide Zoo home, no two days in the Animal Health Centre are the same!