Golden-Lion Tamarin has a ripper of a seventh Birthday! 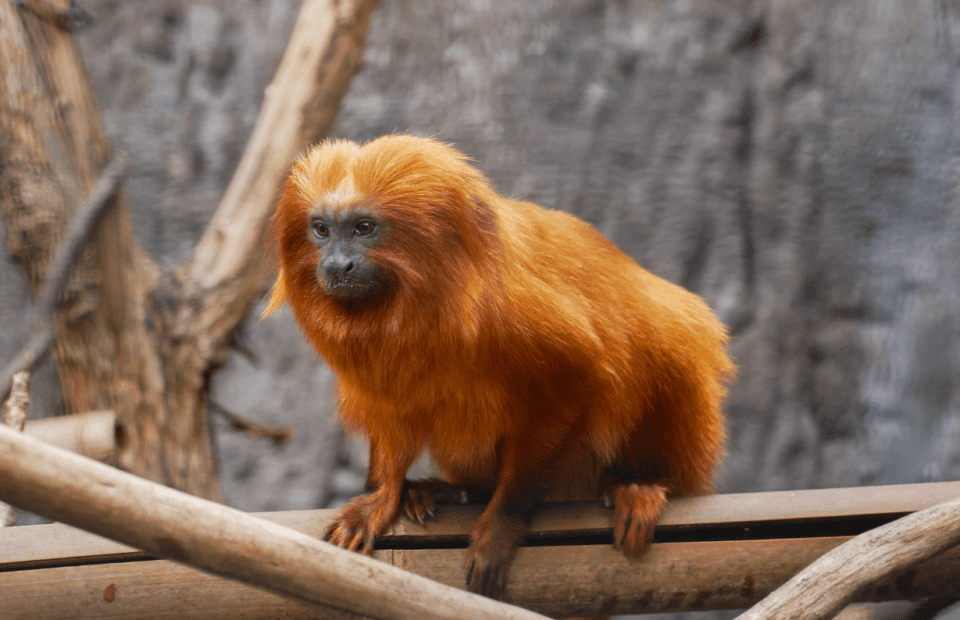 Golden-Lion Tamarin has a ripper of a seventh Birthday!

The rain clouds parted just enough for keepers to celebrate the seventh birthday of Arella the Golden-Lion Tamarin at Adelaide Zoo this morning.

Just like a hectic children’s party, there were loud squeaks and plenty of chaos as the seven year old celebrated with the troop. In a flurry of activity the tamarins chaotically ripped into the enrichment, lovingly created by the zoo’s Behavioural and Environmental Enrichment of Zoo Animals (BEEZA) group.

“The troop are doing really well. Arella is a great mum and deserves a treat,” said keeper Liza Solly.

“Communication is an important part of Golden Lion-Tamarins social structure, and these vocalisations are typical when there’s a change in their environment” said Liza.

Naturally, just like a child the Golden Lion Tamarins were initially more excited to rip open the cardboard pyramids than focus on eating the juicy mealworms. No doubt that will come later.

The Golden Lion-Tamarin is listed as endangered according to the IUCN with no more than 1,400 mature individuals estimated to live in the wild. Conservation efforts, supported by captive breeding programs, have over the last 30 years seen the Golden Lion Tamarin’s conservation status downgraded from critically endangered to endangered.

Birthday girl Arella is mother to seven Golden Lion-Tamarins. Her last offspring were a rare set of triplets born in 2020.

There are nine Golden-Lion Tamarins that call Adelaide Zoo home including Arella, dad Roscoe and triplets Jose, Javier and Juniper.

Those wishing to visit Adelaide Zoo and see Arella and the troop are requested to book tickets online at www.adelaidezoo.com.au/tickets