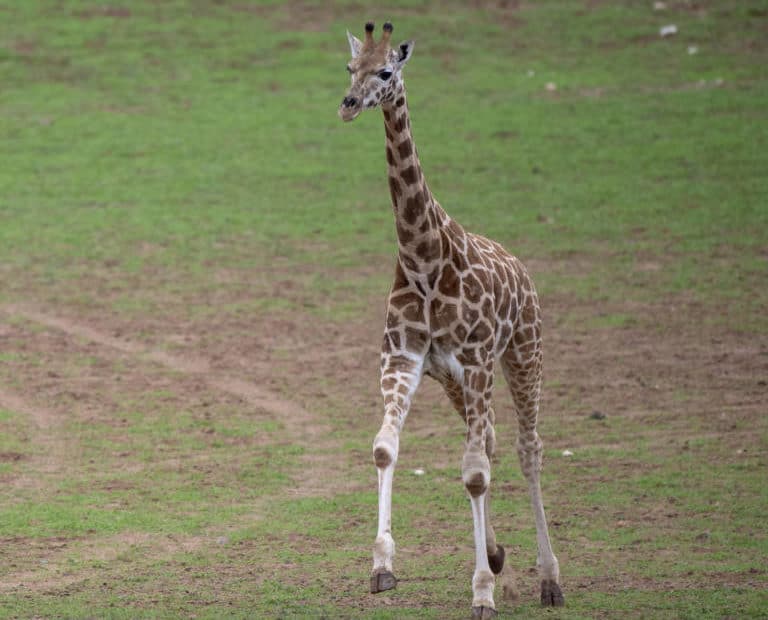 Zoos SA has today announced new plans for two of its giraffes: Kimya from Adelaide Zoo and Eyelean from Monarto Safari Park.

“Over the past few months keepers have worked tirelessly training Kimya to enter a trailer so that she could make her way to her new home at Sydney Zoo,” said Dr Phil Ainsley, Director of Life Sciences at Adelaide Zoo.

“However, as Kimya is such a timid giraffe, her training has taken far longer than expected.

“Keepers were recently training Kimya up to ten times per day but her progress was so slow that the Life Sciences and keeping teams have decided to stop training over the summer months and to recommence in the first quarter of next year when the weather cools.

“There is, however, a new plan. During the last few weeks of Kimya’s training a species coordinator has identified Monarto Safari Park’s hand-raised giraffe Eyelean to be a more suitable candidate for Sydney Zoo.

“Eyelean was hand-raised from a calf by keepers at Monarto and because of this is very confident and comfortable around humans, in fact she thrives on this kind of interaction. Not only does this make her a better candidate for Sydney Zoo, she is also a younger and smaller giraffe which makes transportation that little bit easier,” added Phil.

Because Eyelean is used to humans, training her to use the trailer has already proven far easier.

While Eyelean’s training is already progressing at a good speed, keepers will ensure that her wellbeing and welfare comes first and that training for the move to Sydney Zoo will take as long as it needs to.

Meanwhile, keepers at Adelaide Zoo hope to move Kimya to Monarto Safari Park next year by using a larger trailer.

With the trailer out of the way, Kimya now has access to her yard and can be seen by visitors to Adelaide Zoo.