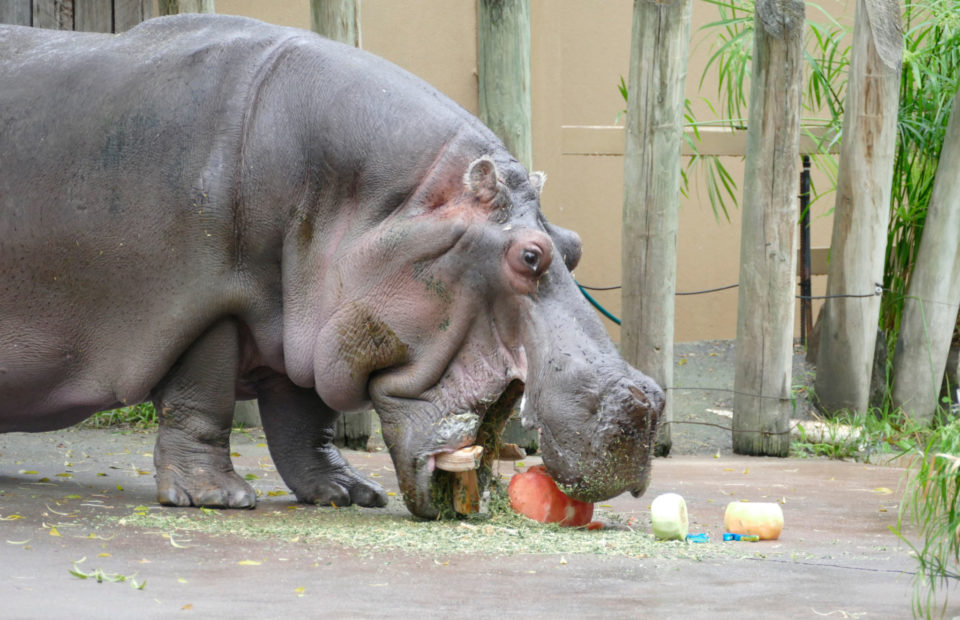 Zoos SA is saddened to announce the passing of Brutus, Adelaide Zoo’s much-loved Hippopotamus who has been at Adelaide Zoo for 45 years.

The 54-year-old Hippopotamus was humanely put to sleep on Thursday after his condition deteriorated.

One of the zoo’s most popular and oldest residents, Brutus will be sadly missed by generations of South Australians.

“Our veterinary and keeping staff met regularly to assess Brutus’ condition. Having reached the ripe old age of 54 years, well beyond the average lifespan of a hippo, Brutus was unable to hold off the advance of time and our latest aged-animal assessment revealed that there was nothing else that could have been done to improve the quality of his life,” Zoos SA Chief Executive Elaine Bensted said.

“Due to his advanced years, and concerns that age-related conditions were likely to cause him further discomfort over the winter period, veterinary staff and keepers made the extremely difficult but kind decision to euthanise.

“Our keepers, volunteers and visitors all loved Brutus.  He has played such a big role welcoming visitors to the zoo and educating them about conservation for his vulnerable species.

“Loved by so many, there was no way to miss Brutus on a visit to Adelaide Zoo – and we don’t just mean because he was in our main entrance – he was enormous!

“We know people from all over South Australia would ordinarily come into the zoo to pay their respects to Brutus, however in the current climate of social distancing, we’ve had to think of new ways for the public to farewell and celebrate our animals from afar.

“That’s why we’re asking the public to celebrate Brutus’ life at home by enjoying a slice or two of watermelon, one of his favourite foods, and posting images of this on social media tagging Adelaide Zoo on Facebook or Zoos SA on Instagram.

“We will all miss him greatly and he will never be forgotten,’ finished Elaine.

Born at Taronga Zoo in 1965 to Billy and Mumsy, Brutus arrived at Adelaide Zoo in 1975. While in his later years he was mostly seen wallowing in his pond and enjoying his favourite foods including watermelon, apple, banana, pear and healthy greens, in earlier times he led a far busier life with partner, Susie.

Brutus’ legacy continues through granddaughter Brindabella and great granddaughter Pansy, both of whom reside at Werribee Open Range Zoo in Victoria.

Zoos SA is asking people to join them in celebrating Brutus’ life and all that he achieved by enjoying a slice or two of watermelon or apple, banana and pear fruit salad (his favourite foods) and posting images of this on social media tagging Adelaide Zoo on Facebook or Zoos SA on Instagram.

Adelaide Zoo’s Facebook page and website will also offer the opportunity for people to pay respects to Brutus and his keepers.