Envirodome creatures hop and slither onto the scales for a big weigh day! 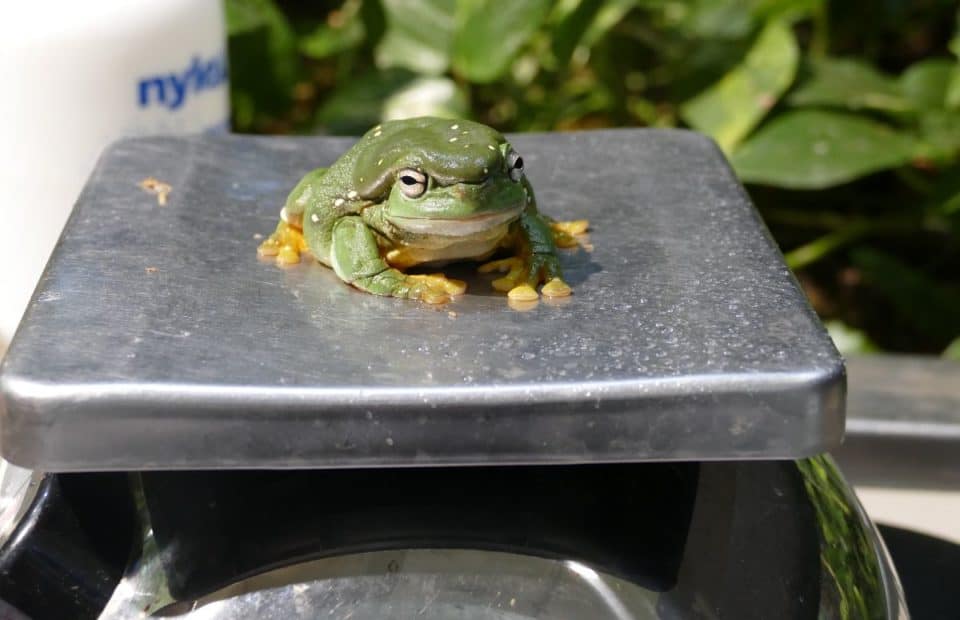 Envirodome creatures hop and slither onto the scales for a big weigh day!

Keepers at Adelaide Zoo held a weighing day for the smallest, most slippery and scaly of inhabitants.

Adelaide Zoo’s Envirodome hosts over 700 animals and is a popular destination for visitors looking to get up close to fascinating reptiles, amphibians, fish and invertebrates.

Envirodome keepers Erin and Megan started their rounds by weighing Southern Angle-headed Dragons, referred to by their keepers as ‘Yellow’ and ‘White’.

“We use a cricket to entice the dragon onto the scales,” explains Erin. “Regular weighing ensures we know how each individual is doing and we can monitor whether they need more or less food, exercise or a trip to our veterinary team.”

The Southern Angle-headed Dragon varies in colour with some with mottles and blotches on their skin. Native to the sub-tropical rainforests and moist eucalyptus forests along the eastern coast, the Southern angle-headed Dragon is so named because it has an angle-shaped head as well as a crested spine, fleshy tongue and moveable eyelids.

Next for a weigh-in was Magil, a Blue-tongue Lizard and Hosmer’s Skinks Horris, Harriet and Henrietta.

Hosmer Skinks are native to the drier regions of northern Queensland and the far east of the Northern Territory. The skink’s population is relatively fragmented due to unsuitable habitat between the two known subpopulations.

“If Cob and Maisey show that they are putting on too much weight we might introduce more exercise, such as using the peg board.” says Erin.

Keepers also used a tub when it came to checking in on Magnificent Tree Frogs Walcott, Mappa, Lawley and Noondie with keepers using the spots on their backs as a way of identifying each frog.

When it comes to the invertebrates such as stick insects, keepers do a monthly audit to record numbers.

New animals to the Envirodome include Philbert the Pig-nosed Turtle and a Spotted Seahorse shoal.

To find out more about Adelaide Zoo and the conservation work that Zoos SA carries out in Australia and around the globe, head to www.adelaidezoo.com.au