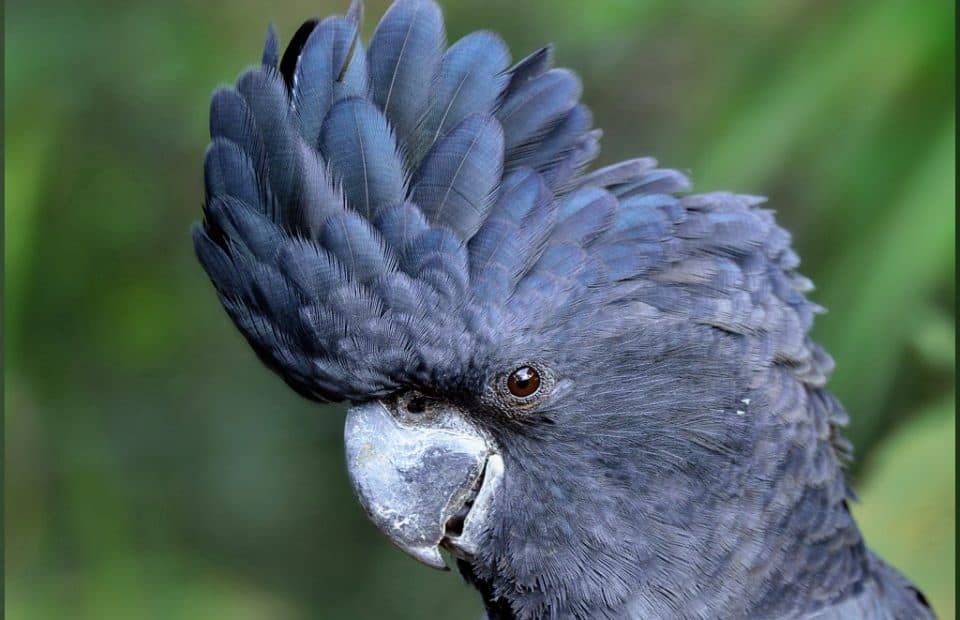 The inquisitive cockatoo was moved from his previous home in the Australian Wetlands Aviary late last year after he was found to be regularly exercising his incredible natural chewing and shredding ability on the aviary roof.

During the consequent aviary repairs, Banks spent some time with the Nature Theatre presentations team and it was decided he would make a great addition to the already-amazing bird cast.

“At first, we started with simple things like getting Banks used to the team and stepping up onto our hands,” Erin said.

“We were surprised to watch Banks master these first actions with ease and we quickly progressed to getting him cooperatively flying between keepers!”

In this new, highly-stimulated environment, Banks was thriving.

“Banks was doing so well that we soon decided to introduce him to different areas of the zoo to get him used to some of the things he might see as part of the Free Flight program,” Erin said.

“This included taking him for walks to see different people, places and vegetation and to hear different noises from around the zoo.

“He did brilliantly. We were so pleased to see how engaged he was as we did this.”

Erin says Banks seems to be really enjoying his time with the team so far.

“Banks often makes this little chirping noise when he’s engaged in something, especially when he eats his favourite nuts,” Erin said.

“He actually makes the same sounds when he’s in training or travelling around the zoo with us so this reinforces how much he’s actually getting out of the new program in terms of engagement and enrichment.”

All of Banks’ and the team’s hard work came to fruition when the superstar cockie made his first public appearance during the school holidays.

“We were actually lucky enough for Banks to feel ready to come out and fly to me during a presentation!” Erin said.

“He did a great job and didn’t seem fussed with the crowd or the noise.

“He hung around with me for a bit on stage and then flew back into Free Flight HQ.”

While it might seem like a small step, it’s actually a huge achievement for both Banks and the Nature Theatre team.

“We’re so proud of how far Banks has come and how well he’s bonded with our team,” Erin said.

“We know that Banks is an iconic member of the Adelaide Zoo family who has delighted visitors for years.

“It’s really exciting we can now show the public a different side to this special bird and they can witness how smart he really is.”

This red-tailed superstar may still be learning the ropes of the Free Flight presentation but it’s hoped he will eventually join the likes of Manu the Blue-and-gold Macaw and Kath the Galah as they soar over visitors’ heads.

For now, you can catch a glimpse of Banks demonstrating his beginning skills in the Free Flight Flying Colours bird show every day at 1:15pm on our Central Lawns.