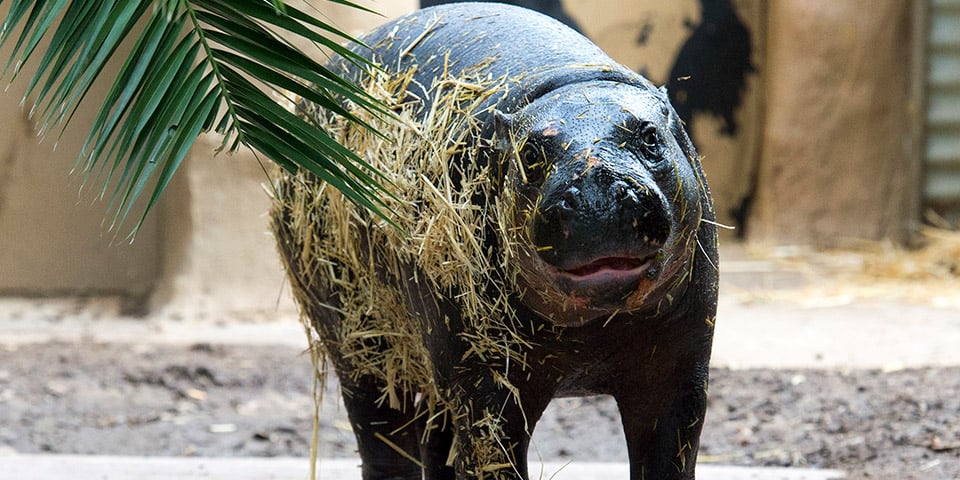 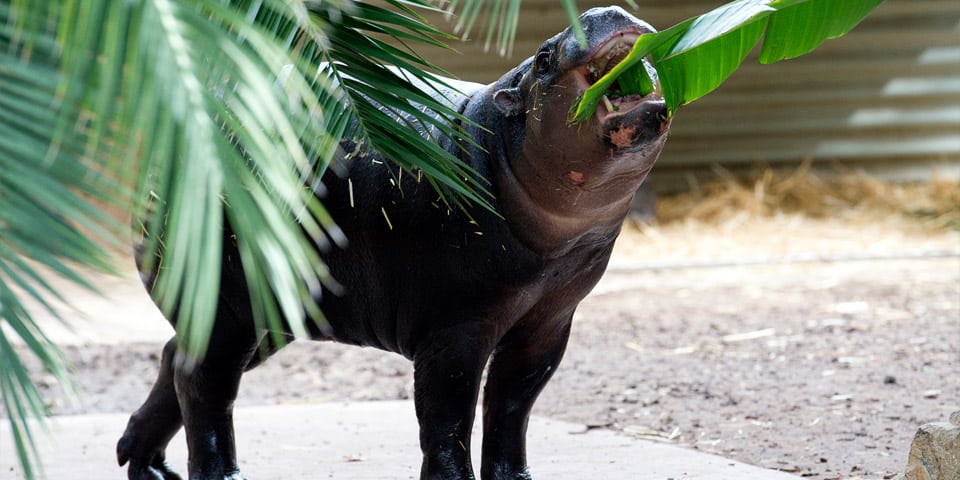 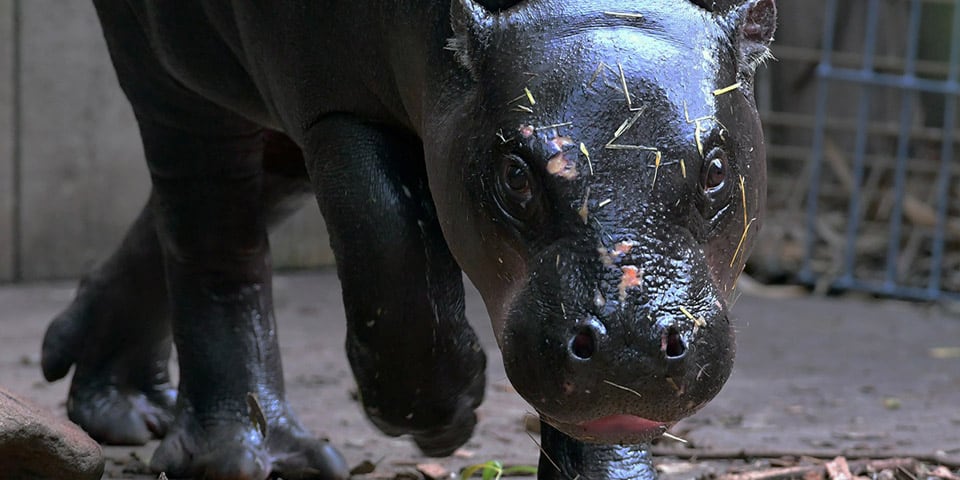 Obi the Pygmy Hippo is a cheeky boy who has won the hearts of zoo visitors and staff alike as he swims, plays with his keeper friends and rolls in hay!

When Obi arrived at Adelaide Zoo in 2016, he weighed just 100kg. Now fully grown, Obi weighs in at 260kg which can be attributed to his healthy appetite for leafy greens, in particular endive.

Obi’s family tree has strong roots at Adelaide Zoo. His grandmother, Janice, called Adelaide Zoo home for more than thirty years. Janice had one calf, a female named Petre, who lived at Adelaide Zoo for many years before moving to Taronga Zoo and Melbourne Zoo as part of a breeding program. Our new star arrival Obi is the offspring of Petre, so having Obi at Adelaide Zoo is somewhat of a homecoming!

We are looking to find a female Pygmy hippo friend for Obi to assist the breeding program for this endangered species.

Pygmy Hippopotamus are native to western Africa, found mainly in the rivers and swamps of Liberia but also in Sierra Leone, Guinea, and the Ivory Coast.

The Pygmy Hippo spends a majority of its time in water, emerging at night to feed. This little hippo is a herbivorous animal which means it consumes different types of plant matter in order to acquire all of the nutrients it needs to survive. It’s diet consists mainly of succulents, tender shoots, leaves, roots, grasses, aquatic plants and fallen fruit.

Unlike its larger cousin, the Pygmy Hippo is a solitary animal, only coming together to mate.

Classified as endangered in the wild due to both habitat loss and poaching, regional and international zoo breeding programs for the species are critically important for safeguarding this remarkable species for the future.

Love hippos? Join our wild family and help us ensure a bright future for the Pygmy Hippo! There are many ways you can help support these happy hippos.