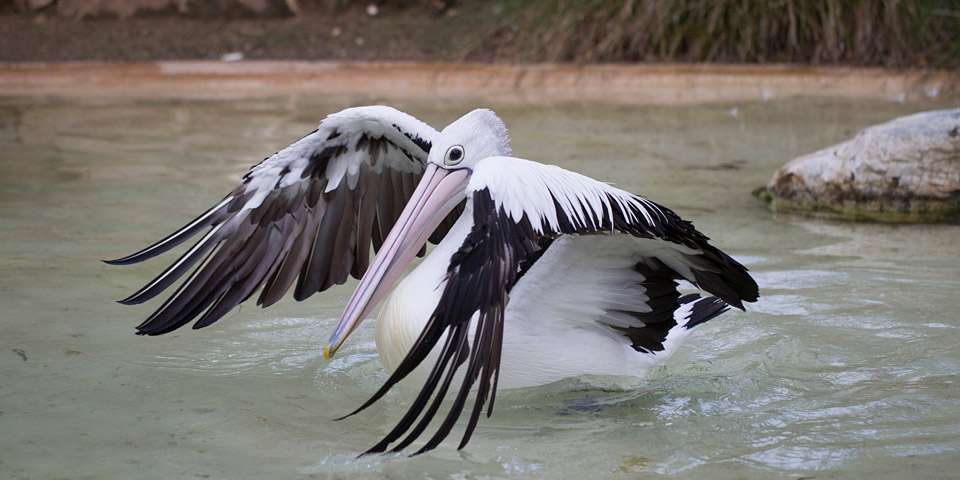 Australian Pelicans have the largest bill in the avian world!

Adelaide Zoo is home to five male and two female Australian Pelicans. Members of the colony began arriving from 1985 and include a rescue bird after it was found with a severely injured wing which unfortunately meant the bird could no longer fly. In 2018, Adelaide Zoo welcomed two movie stars to the colony when Storm Boy actors Salty and Skye joined the family. The raft used in the movie is also located in the pelican habitat.

The colony’s favourite fishy-treats are Whiting and pilchards. The best time to visit the zoo’s pelican colony is at 2:30pm during their daily feed.

The Australian Pelican is found in waterways across Australia, both inland and on coastal areas. The species can also be found in Papua New Guinea, Fiji, part of Indonesia and New Zealand.

The Australian Pelican has the largest bill in the avian world with the largest one on record measuring 49cm long!

Adelaide Zoo has been involved with a long-term study of a colony of pelican at Outer Harbour.

Love Australian Pelicans? Join our colony and ensure pelicans stay a flap ahead of extinction! There are many ways you can help support these beautiful birds!