Hi, my name is Tien! 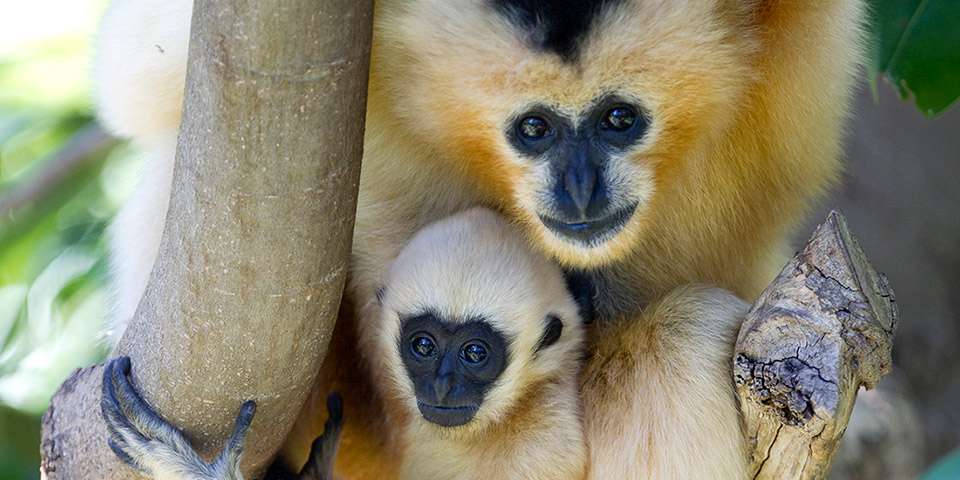 Meet Viet and her offspring. 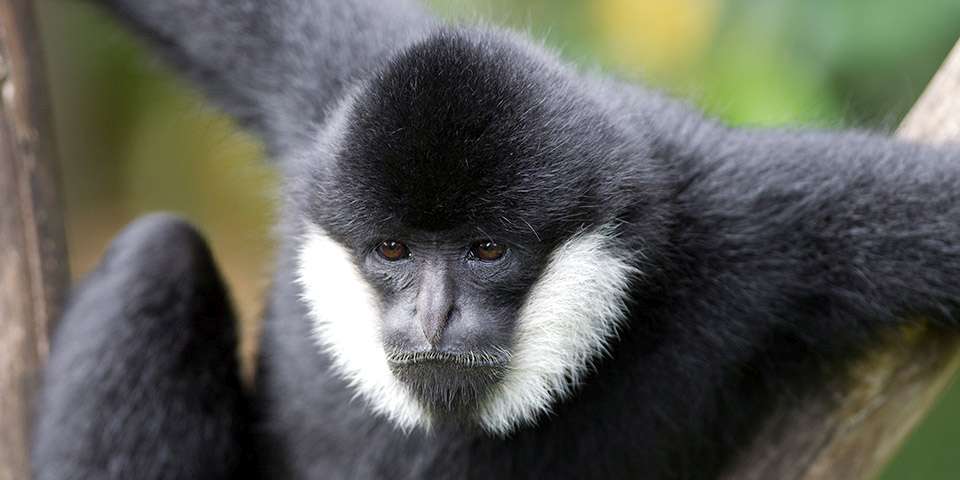 Adelaide Zoo is home to a family group of White-cheeked Gibbons. Dad, Rhemus was born on 26 June 1996 at Zoo Duisburg, Germany, arriving at Adelaide Zoo in August 2006. He’s a wonderful father and very protective of his little family.

Mum, Viet was born on 6 June 1999 at Melbourne Zoo, arriving at Adelaide Zoo in November 2005. She’s a relaxed and attentive mum, who’s an excellent teacher to her offspring. Both Rhemus and Viet love fruit as a special treat.

Their daughter, Tien, was born on 13 April 2014, and is learning the skills required to become a good parent by watching her mum and younger sister, Tuson, interact.

The newest addition to the family, Tuson was born on 10 December 2016. After clinging to mum for the first 6-9 months, she is now busy delighting visitors as she swings around her exhibit under the protective eye of mum.

Tuson’s birth is a significant achievement for Adelaide Zoo as she is only the third White-cheeked Gibbon infant to be born at the zoo in its history.

The White-cheeked Gibbon inhabits the subtropical and tropical rainforests of Laos, Vietnam and Southern China.

Male and female White-cheeked Gibbons have different coloured fur. The male’s body is covered with black fur, with white cheeks and a black crest on its head. The female is golden in colour with a black face and no crest. Babies are born golden in colour before gradually turning black. Females turn gold again when they reach maturity at around five years of age while males remain black.

The species is classified as critically endangered due to a declining trend in the population by at least 80% over the past 45 years. This is due primarily to deforestation for human settlement, agriculture and the commercial timber trade and poaching for the wildlife trade.

Love White-cheeked Gibbons? Join our troop and ensure gibbons stay a swing ahead of extinction! There are many ways you can help support these gorgeous animals!