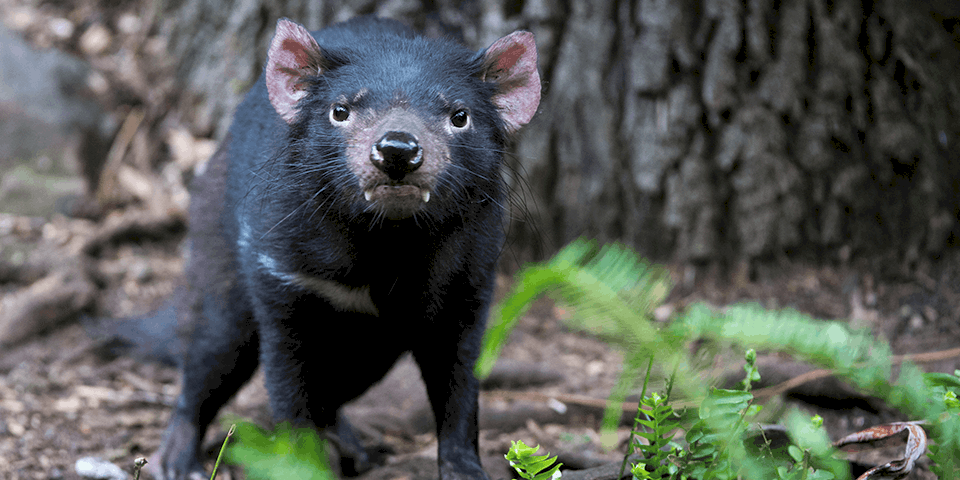 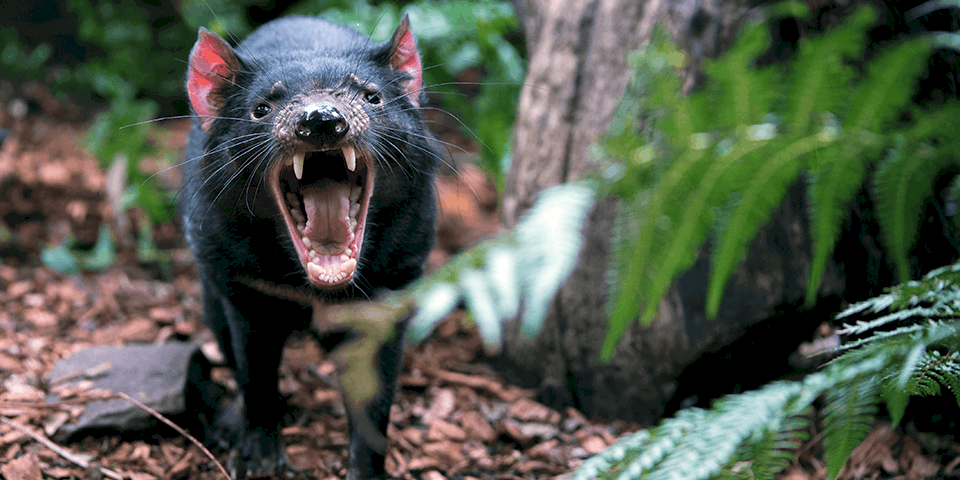 Moonbeam is Adelaide Zoo’s resident Tasmanian Devil. Born in 2016 she arrived here at Adelaide in 2019 and can often be seen sniffing her yard.

Tasmanian Devils are Australia’s largest living marsupial carnivore. They were once widespread over mainland Australia, however, the introduction of the dingo is thought to have caused their extinction on the mainland. Today, the Tasmanian Devil is found only on the island state of Tasmania.

Until recently this species was considered common, however, due to the presence of Devil Facial Tumour Disease (DFTD) there has been a sharp decline in the population. The disease manifests as small lumps near the mouth, which over time grow into large tumours on the face and neck, and occasionally on other parts of the body. DFTD is highly contagious and affected animals appear to die within six months.

Tasmanian Devils are nocturnal creatures and in the wild spend the majority of the day sleeping in a den or dense bush. However, in captivity they have learnt that they face no harm and eagerly come out to be fed during the latter part of the day.

Love Tasmanian Devils? Join our pack and ensure devils survive for generations to come! There are many ways you can help support these darling creatures.