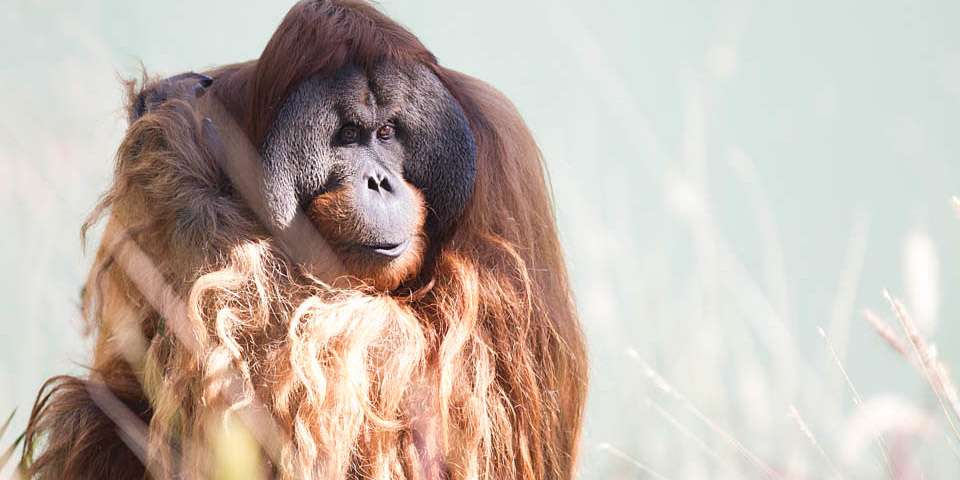 Hi, my name is Kluet! 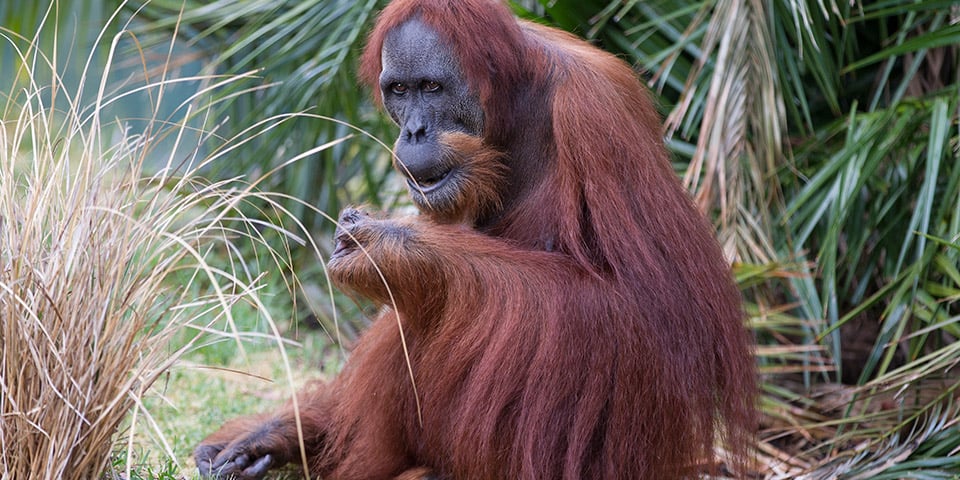 Kluet, the zoo’s male orang-utan was born on 18 July 1995 at Jersey Zoo in the UK, arriving at Adelaide Zoo in May 2007. Kluet exhibits the defining characteristics of a large adult male orangutan, with long hair that is starting to turn into dreadlocks and large cheek pads. Kluet’s favourite treats is tropical fruit.

Puspa, the zoo’s female orangutan, was born at Perth Zoo on 30 January 1975. She lived at Adelaide Zoo briefly from 1978-81 and returned here permanently in 2011. Zoo keepers say Puspa does things on her own time and expects them to work to her time-frame as well! She’s a tidy orangutan and loves to pack away items inside boxes or barrels and will mimic the zoo keepers when cleaning. She’s also a great artist and has painted most of her night quarters. Puspa is very slim and one of the tallest female orangutans on record! Puspa’s favourite treats include all the healthy options – celery, pineapple, iceberg lettuce, broccoli, cauliflower – and by far her most favourite treat is boiled potatoes.

Sumatran Orang-utans inhabit the tropical rainforests on the island of Sumatra, Indonesia. The species is now restricted to north Sumatra and Aceh Provinces.

Also known as the red ape or the ‘old man of the forest’, orang-utans are the largest tree-dwelling mammal on earth. Humans share 97% of our DNA with orang-utans and the species is considered by many scientists to be the smartest of all the great apes.

It’s estimated that are only around 7,000 wild orang-utans. These figures suggest that they could become extinct within the next ten years as the population continues to decline by as many as 1,000 a year.

The greatest threat to the Sumatran Orang-utan is habitat loss caused primarily by logging, forest conversion for agriculture and the clearing of land for unsustainable palm oil plantations. Legislation in Sumatra prohibits the owning, killing or capture of orang-utans, but poachers still hunt them, primarily for the illegal wildlife trade.

Love Sumatran Orangutans? Join our troop and ensure orangutans stay a swing ahead of extinction! There are many ways you can help support these amazing animals.