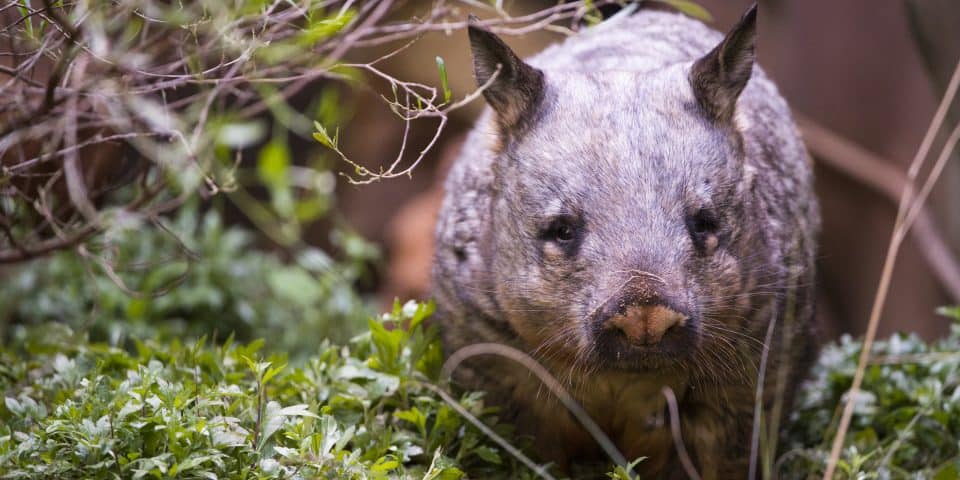 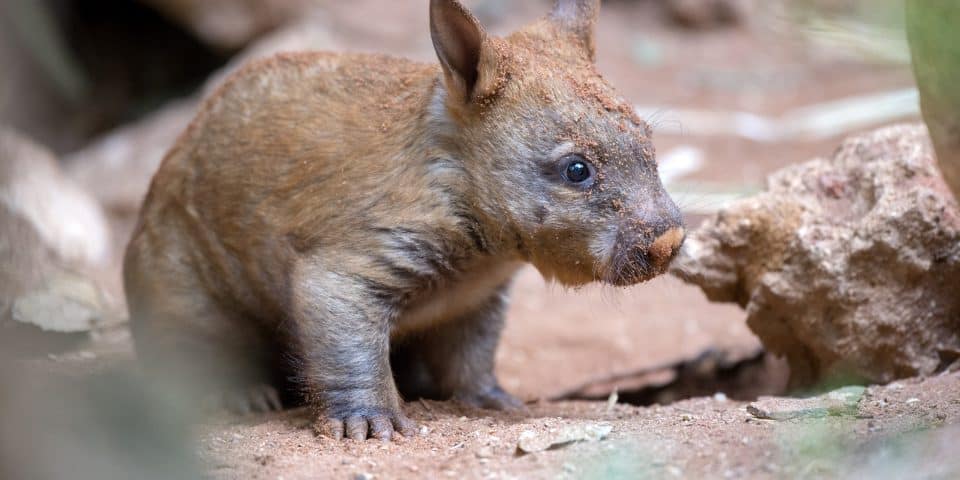 Our resident female wombat, Kibbar, was born at Taronga Zoo in Sydney in 2015, and has called Adelaide Zoo home since August 2017.

Kibbar is an intelligent, playful wombat who loves digging, running around her exhibit and receiving belly scratches from her keepers. Her favourite tasty treats are sweet corn and kangaroo pellets.

Shortly after Kibbar arrived at her new home, keepers were surprised to discover that Adelaide Zoo was now home to not one, but two wombats – Kibbar had a secret joey in her pouch!

Kibbar’s joey, an adorable baby girl, is getting braver by the day and loves racing around the exhibit. When she’s not playing, she loves curling up under the heat lamp and cuddling with her mum.

Southern Hairy-nosed Wombats were originally wide spread west of the Murray River in southern South Australia, but are now restricted to colonies in arid and semi-arid regions of the Nullarbor Plain, Gawler Ranges, upper western Eyre Peninsular and the Murrylands. There is also an isolated population of a few animals on the Yorke Peninsula.

Wombats dig extensive burrows known as warrens, which are usually inhabited by five to 10 animals. Although wombats are heavy, stocky animals they can actually run up to 40km per hour!

Their large burrow systems are vital for wombats’ survival in the harsh local climate but can cause risks to life and property on the farms that they call home. Zoos SA has been working closely with farming communities to identify techniques that can reduce these risks while safeguarding wombats for the long term.

Love wombat? There are many ways you can help support these adorable animals!