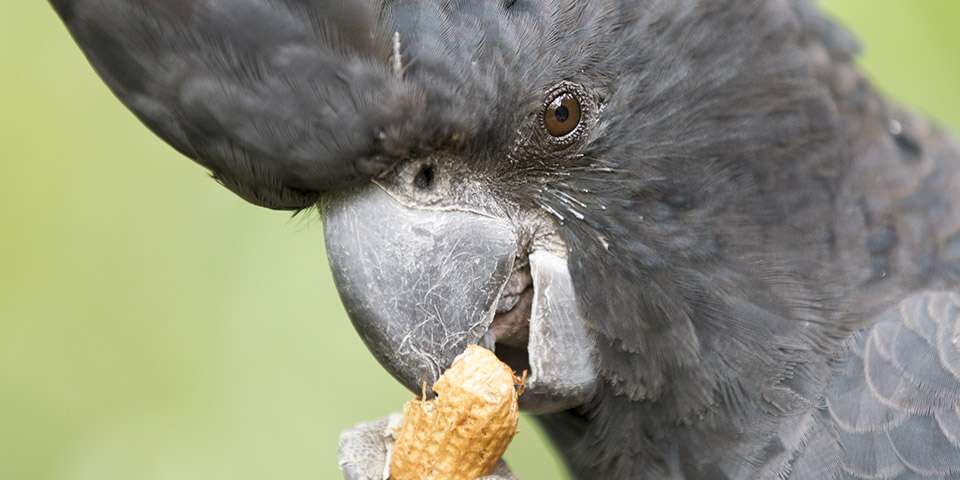 Banks was donated to the zoo in 2001 and has since become a firm favourite amongst visitors. In 2006 Banks experienced a taste of the limelight as the mascot bird for the 2006 Commonwealth Games. His favourite treat is peanuts in the shell.Visitors can see Banks in action in our free flight show at Adelaide Zoo.

Jimmy was donated to the zoo in October 2009 when his former owned moved interstate. Like his cockatoo counterpart, Banks, he’s very friendly and loves interacting with visitors while hanging of the mesh of his aviary. As well as enjoying human company, he also loves enrichment, especially bunya pine nuts, peanut treats, pine cones and anything he can chew and play with!

Banks and Jimmy are excellent ambassadors for important conservation work happening in the field.

The South-eastern Red-tailed Black Cockatoo feeds only on the fruit of native Stringybark and Buloke trees. The clearing of these vital feed trees in the south-east of South Australia and the south-west of Victoria is threatening their long-term survival in the wild.

Zoos SA in partnership with a network of local landholders in the south-east of South Australia is working together to protect and revegetate feeding and nesting habitat for this precious species.

Love Red-tailed Black Cockatoos? There are many ways you can help support these inquisitive birds!