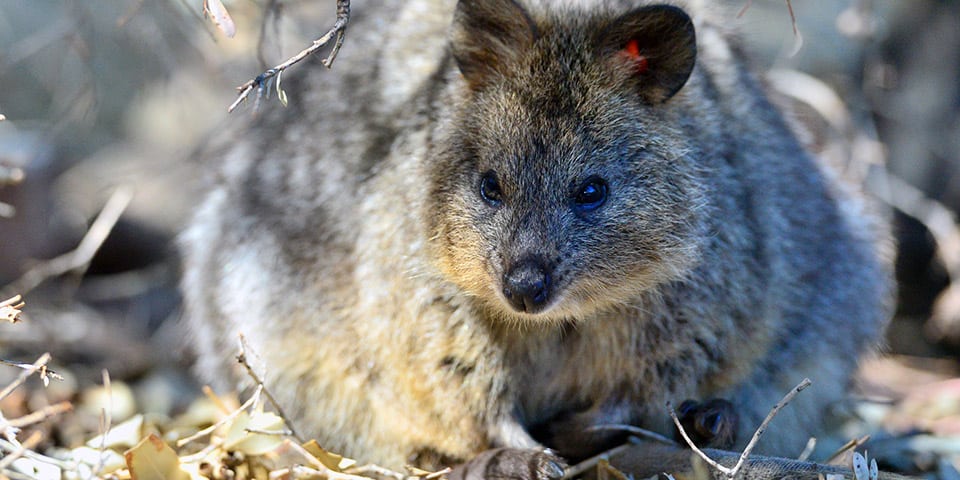 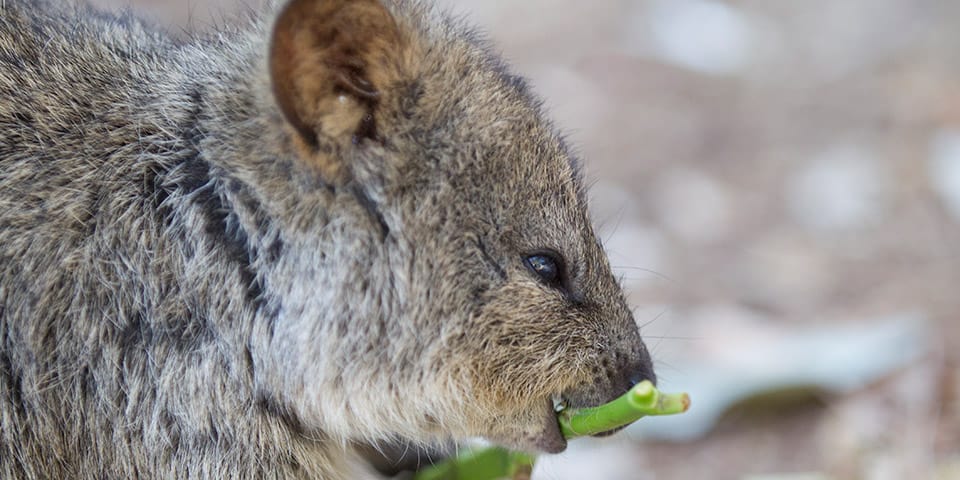 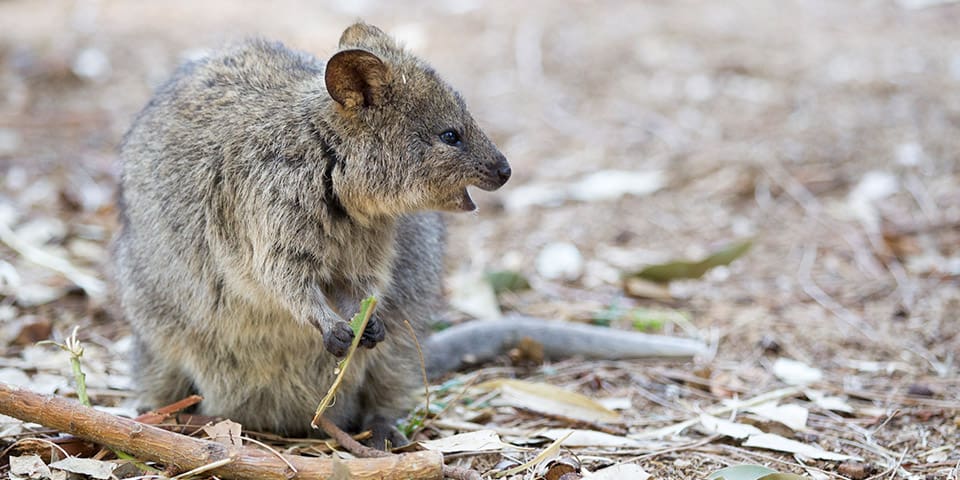 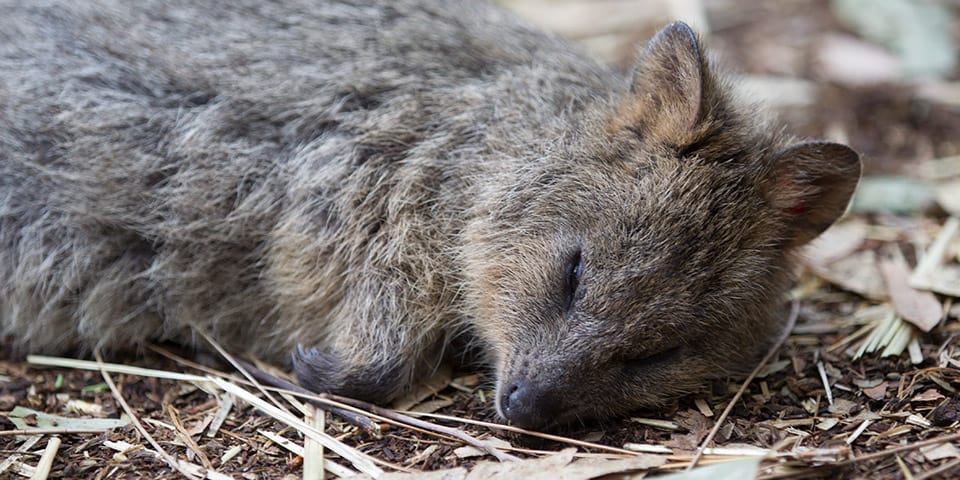 Quokkas are often described as the happiest animals in the world because they look like they are smiling. With a family of six cheerful Quokkas calling Variety Children’s zoo home, there’s no shortage of smiles!

Meet our adorable Quokkas, Kinta, Lara, Layla, Pink, Manuka, Poppy and in the Children’s Zoo, where they spend their days eating, napping and participating in our Wild Shows.

The zoo is also home to several other quokkas, Yiray, Pealoo, Ray, and Ringy, keep your eyes peeled and you might be able to spot them around the zoo.

Born in 2010, Kinta is the oldest Quokka in the group. She is a friendly and outgoing girl who loves to make new friends. She loves nothing more than a good feast of leaves from native Australian plants, corn and figs and enjoys time with her keepers.

Quokkas are one of the smallest wallaby species in the world, and arguably the cutest! This marvellous marsupial has thick, brown fur, round fluffy ears, a tail up to 31 cm long and shorter hind legs than other macropod species.

Once abundant across Australia, the arrival of the dingo more than 3,000 years ago, followed by foxes in the late 1800s, saw Quokka numbers dwindle on the mainland. Today, the Quokka population is restricted to the south-west region of Western Australia, most notably off Perth on Rottnest Island. The island gained its name from these adorable creatures in the 1600s, with Dutch navigator Williem de Vlamingh describing the Quokka as “a kind of rat as big as a common cat” and calling the island ‘Rotte nest’, meaning ‘rat’s nest’. Mainland populations are found around dense streamside vegetation, shrubland, and heath around swamps. They live in a wide range of semi-arid areas on Rottnest Island.

Quokkas are plant eaters, favouring new, young grasses and leaves. These little marsupials are able to adapt to a range of environments and can survive in areas virtually devoid of freshwater by digging waterholes and feeding on succulent plants. They breed year round, giving birth to a single joey, and have a lifespan of up to 10 years.

Love Quokkas? Join our wild family and help us ensure the future for our native animals! There are many ways you can help support these marvelous marsupials.