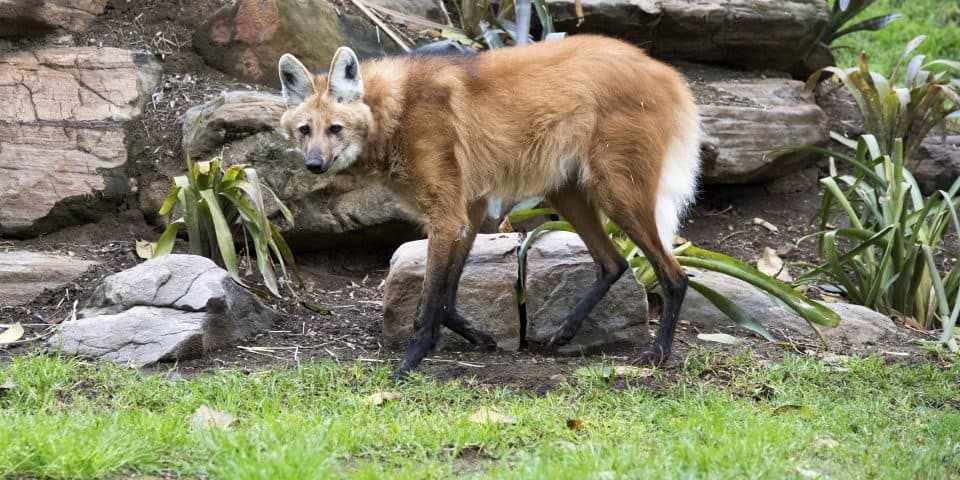 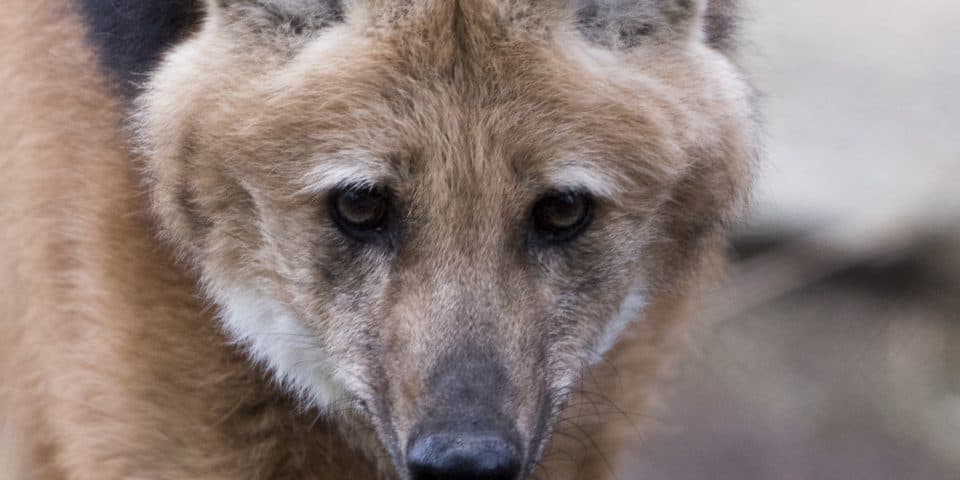 Catch a glimpse of a Maned Wolf on the prowl and you might feel compelled to do a double-take. The Maned Wolf’s tall stature, attributed to their long legs, helps them see above tall grass which is an advantage when hunting. Maned Wolves have chestnut red fur with black knee high socks on their slender legs, feet and muzzle. They also have long fur over their neck, back and chest giving them the appearance of a mane.

Classified as near threatened in the wild, there are less than 23,600 of Ninka’s species surviving in the wild due to habitat loss in South America.

Our keepers tell us that Ninka’s favourite foods are chicken, rabbit, and turkey, and her curious personality means she always likes to keep an eye on what her keepers are up to.

The best time to see Ninka and Juanito is in the morning or late afternoon when they are more active or check out their tunnel on the left side as they snooze in there. During your visit, make sure you keep an ear out for their incredibly distinctive roar-bark that can be heard for kilometers.

The Maned Wolf is the only species in its genus, and has a very different appearance and temperament to the wolves that are usually seen on TV. The Maned Wolf closely resembles a fox rather than a wolf and can grow to be one metre tall. Maned Wolves are native to South America which ranges in rich grassland to forest scrubs across the amazon basin all the way to the forests of Northern Argentina.

Unlike other types of wolves who live in packs, the Maned Wolf lives in solitude by nature. Both male and female wolves live separately but often share territories, only coming together during breeding season. Female maned wolves have a gestation period of 2 months and give birth to a litter of 2-6 pups every year. Newly born pups are black, but gain their chestnut colouring as they age. Pups will start to eat regurgitated food by the age of 4 weeks and by 1 year they will look like fully grown adults.

Love Ninka the Maned Wolf? Join our pack and ensure Maned Wolves stay ahead of extinction. There are many ways you can help support these fascinating animals.