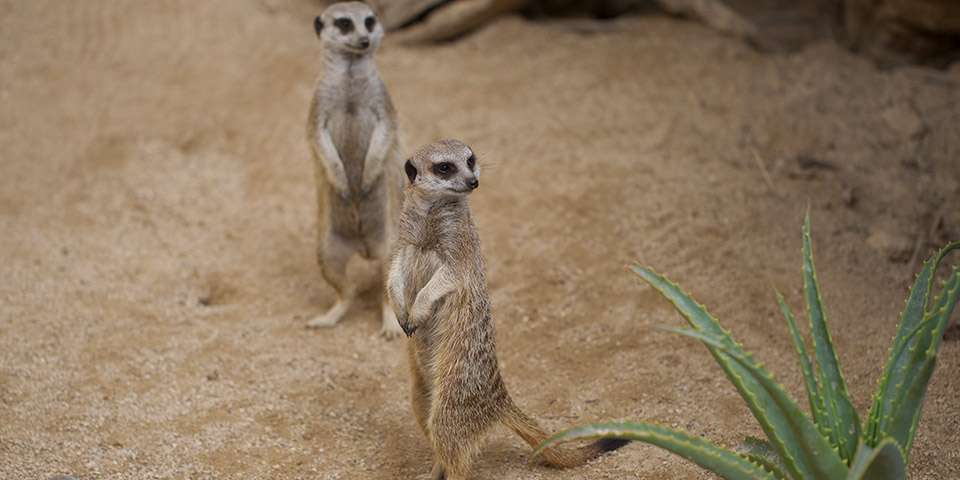 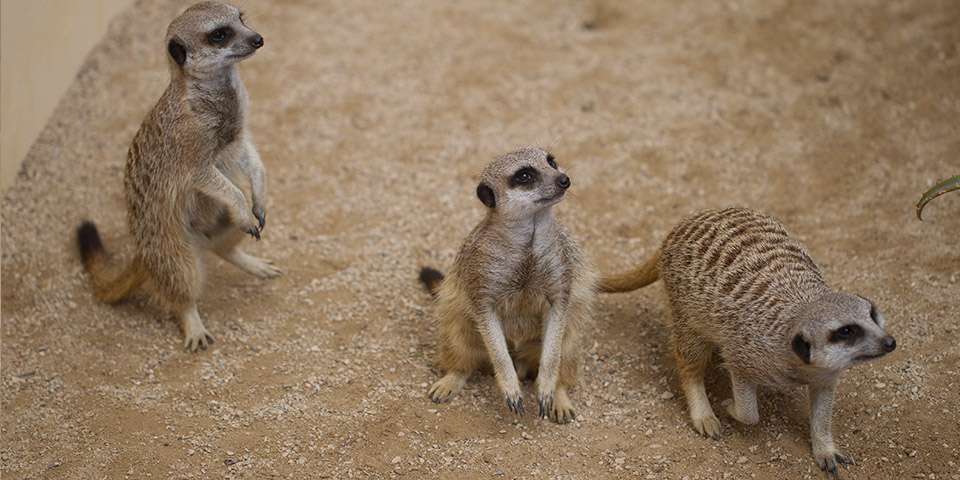 Hi! We're meerkats, it's nice to meet you. 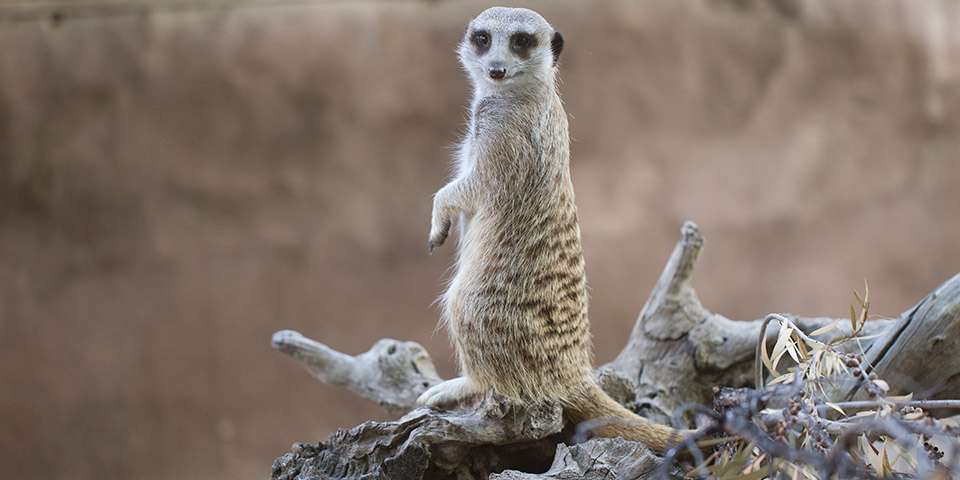 Adelaide Zoo’s meerkat mob that lives in front of our giraffe habitat consists of a mother and father and their seven male offspring.

The group is very social and always has one or two sentries on duty keeping watch over the group. The meerkat mob is one of the most watched animals at the zoo, our meerkats can often be seen foraging for food, basking in the sun, play fighting or digging tunnels in their exhibit. Meerkats by nature are very inquisitive and enjoying exploring new things, especially enrichment items designed to keep the group physically and mentally stimulated. Their favourite treat is insects and they love anything meaty!

On the other side of the zoo, near the sea lions, we house three more meerkat mobs that consists of a range of mixes of boys and girls. Our most famous meerkat “Snowy” lives down there with her 4 male companions. She stands out from the crowd being the only known white meerkat on record. She’s not albino either, she used to look just like everyone else, then turned white.

The meerkat is a type of mongoose that inhabits dry regions of short grass and sparse woody scrub of Africa.

Meerkats live in large family groups. Each morning they emerge from their burrows to bask in the sun and groom each other. Meerkats need a bit of early morning sunbathing to get going. This is followed by a day spent foraging for insects. Throughout the day the mob works as a team to protect the family from predators, taking turns acting as sentries watching over the group and altering them of potential danger. Meerkats can climb whatever they can to get a good vantage point of approaching predators.

Meerkat mobs maintain visual and/or vocal contact at all times through soft grunts. All family members engage in play, grappling and wrestling with each other, which helps establish an individual’s position in the hierarchy peacefully.

Meerkats also have the unique ability to close their ears, this is to keep dirt out while they burrow. Their stomach acts as a sort of solar panel during the winter months. Under a thin layer of stomach hair is a patch of dark skin which collects heat from the winter sun in order to provide warmth on cool days. Meerkat also have outstanding vision and a dark band around their eyes, which reduces any glare from the sun.

Meerkats are not a threatened species. They are present in several large and well-managed protected regions, including the Kgalagadi Transfrontier Park in Botswana.

Love meerkats? Join our mob – there are many ways you can help support these playful critters.