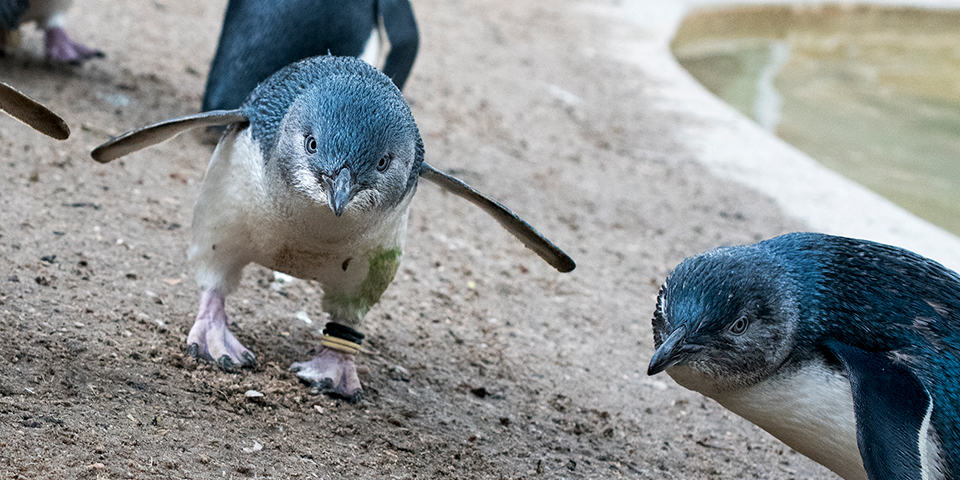 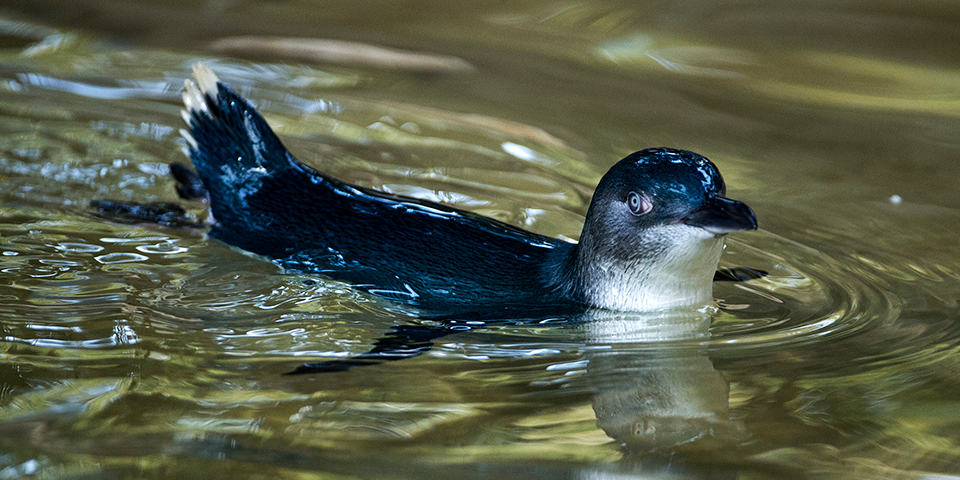 Did you know that fairies live at Adelaide Zoo? Fairy Penguins that is! More commonly known as Little Penguins, a large colony of these adorable waterbirds calls Adelaide Zoo home. These playful penguins are always busy, spending their days swimming, diving and darting through the waters at Penguin Bay at speeds of up to 40km an hour! On land, they are a little less graceful, waddling and hopping over rocks to their burrows. They also enjoy hanging out together on their beach, chattering and squawking to one another. We serve up nothing but the best for our little friends, with human grade pilchards their food of choice.

Each of our penguins has a unique personality, making our colony a hive of activity. Adelaide Zoo has provided homes for rehabilitated wild birds for many years, including many of our Little Penguins. We’re also proud to take part in regional and international breeding programs for the Little Penguin and have had a lot of success raising chicks, with many of our penguin’s offspring represented at other zoos in Australia.

Little Penguins are found in the cool, temperate coastal waters of Australia and New Zealand and their colonies can range in number from just a couple of pairs to thousands. In Australia, they are found around the Southern coastline from Fremantle in the west, to Sydney in the east.

Little Penguins are the smallest species of penguin in the world, growing to about 30cm in height – just a quarter of the size of their largest cousins, the Emperor Penguin. Although penguins can’t fly, their wings have evolved into powerful flippers, making them the most efficient swimmers of all bird species.

While wild Little Penguin populations are currently stable, they are under pressure from pollution in the ocean such as fishing hooks, plastic waste and oil spills, as well as over fishing and habitat loss. Introduced predators such as dogs and cats also prey on Little penguins.

It’s time to get fishy! Do you love penguins? Join our dedicated keepers for a personal trip to Adelaide...

Love penguins? Join our wild family and help us ensure the future for many amazing species like the Little Penguin! There are many ways you can help support these playful penguins.