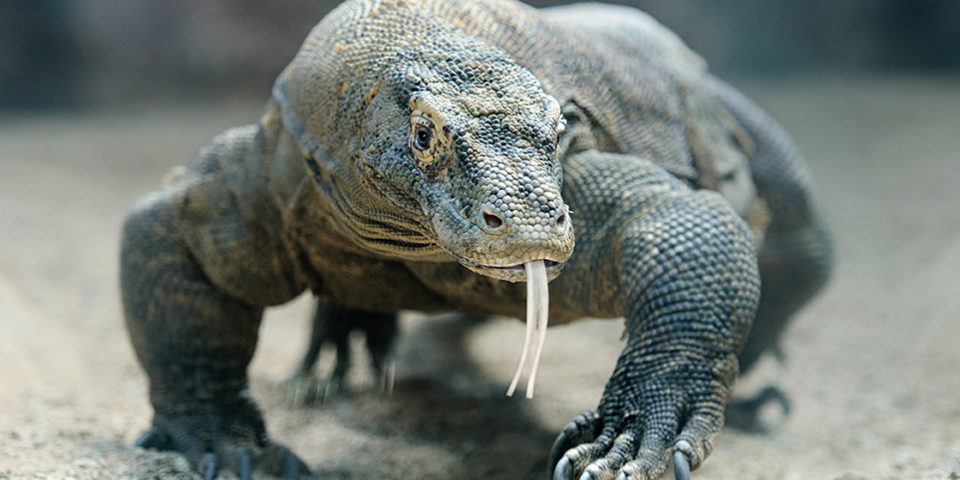 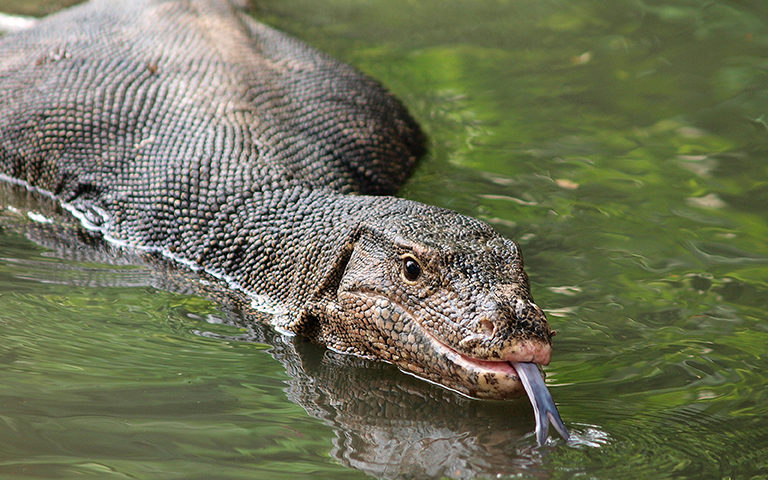 Who said dragons aren’t real! Adelaide Zoo is home to female Komodo Dragon Cecilia. Born in 2016 at Prague Zoo in Czech Republic, Cecilia made the move to South Australia in December 2019.

Cecilia is a very shy dragon but loves nothing more than rabbits and rats, her favourite foods, which she receives a few times a month. As Komodo Dragons are gorge feeders, this replicates how she would be eating in the wild – with a few extra snacks of course!

You can catch up with her in the Reptile House.

Komodo Dragons are the largest, heaviest lizards in the world, and one of the very few species of lizard to have a venomous bite. But despite their large size, Komodo Dragons can run up to 20kms per hour thanks to some pretty muscular limbs.

These incredible reptiles are stealthy, relying on their strong sense of smell to track down food, or simply waiting for large prey to wander into their midst. These carnivorous lizards hunt and kill their prey, including creatures as large as water buffalo or deer, using their strong, agile necks and venom that causes a drop in blood pressure and rapid bleeding. Their jaw and throat are built to allow them to swallow huge chunks of meat with great speed and, with an expandable stomach, the Komodo Dragon can consume up to 80% of its body weight in a single meal!

Living on just a handful of Indonesian islands, these lizards most like to reside in tropical climates, savannas, and forests, but are also found on beaches and rocky ridge tops.

When it comes to breeding, the males win favour of the females by fighting other males using their tails to support them. This fight will continue until one concedes, runs away, or is too injured to continue.

Tragically, the primary threat to Komodo Dragons is illegal hunting, with the species being popular trophy animals sought out by hunters, sometimes using their skins and feet to make novelty items.

Love Komodo Dragons? There are a number of ways you can help these reptiles stay a stomp away from extinction.