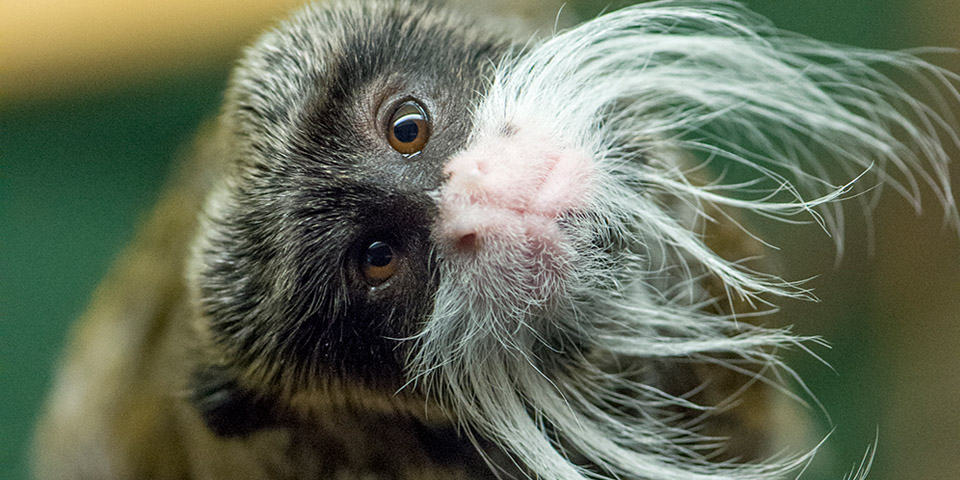 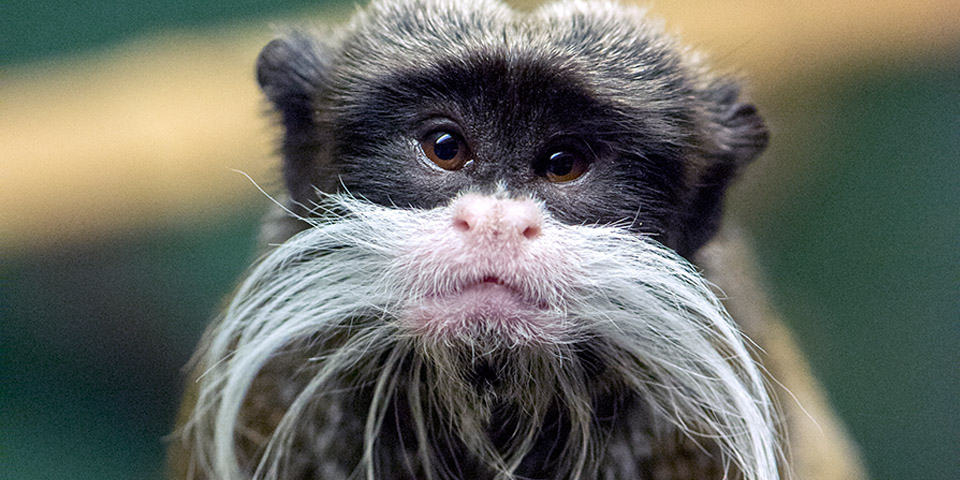 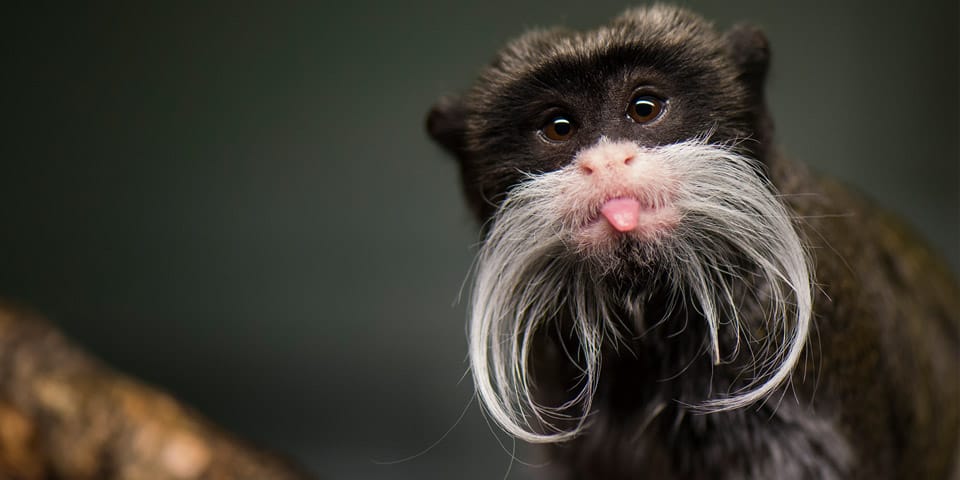 Adelaide Zoo is home to three beautiful Emperor Tamarins. Twins Una and Bo were born in June 2014, and their younger sister Juanita in February of the following year. The sisters arrived at Adelaide Zoo in February 2016 from Mogo Zoo in New South Wales, and have delighted visitors ever since with their exceptionally well-manicured moustaches and cheeky antics.

Our girls are very curious and social, and you can often find them carefully watching staff when they enter the exhibit. They love scent marking and frequently rub themselves all over anything new to show ‘ownership’, even of their keepers, who they mark with tiny hugs! Bo is the friendliest of the lot, and usually makes her way onto her keeper’s shoulder when it comes time to snack on the sister’s favourite treats, sultanas and grapes!

Emperor Tamarins are very small, normally weighing less than 500g. These tiny primates are playful and friendly, with a speckled brown body that ends in a long, orange tail. Best known for their rather lengthy moustaches, Emperor Tamarins are even thought to be named after Emperor Wilhelm II of Germany who sported similar facial hair himself!

Variety is the spice of life for the omnivorous Emperor Tamarin, who eat a wide range of foods depending on what they can find throughout their forest homes. This can include fruits, flowers, sap, and sometimes even frogs, insects and small birds.

These mini monkeys breed seasonally when adequate food is available, with the dominant female usually giving birth to twins. The youngsters are then carried around by various members of the family group until they are about 70 days old.

The trees tops of tropical lowland forests across the Amazon in Brazil and Peru are home for the Emperor Tamarin. Sadly, wild populations are declining as their habitat is under threat from deforestation. Some animals are also sold as part of the illegal pet trade.

Love monkeys? Join our wild family and help Emperor Tamarins stay a swing ahead of extinction! There are many ways you can help support these cheeky primates.