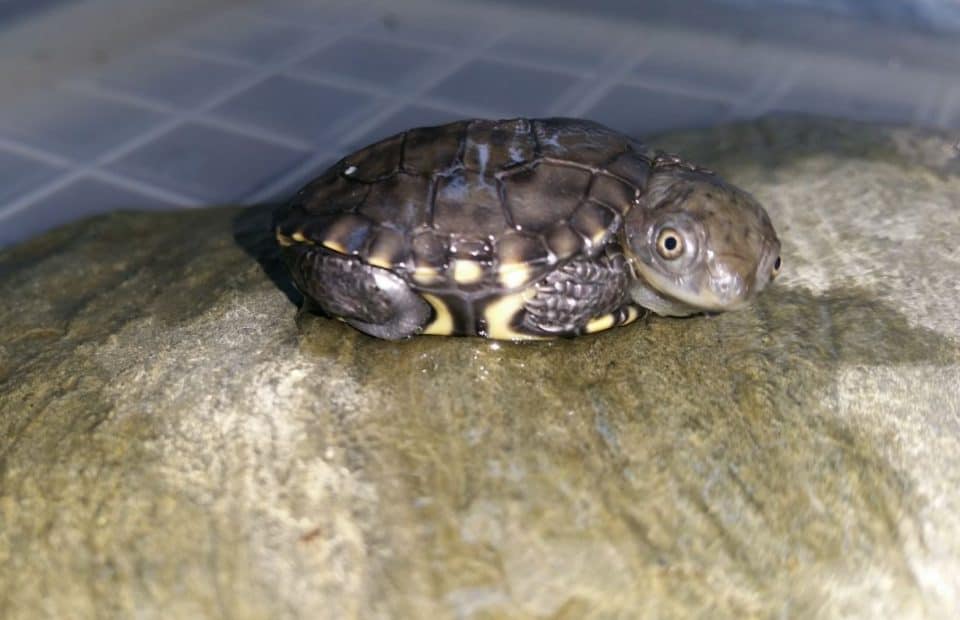 Our reptile team received an early surprise at the start of the month with the first Western Swamp Tortoise for the season hatching – months before their usual hatch season!

Hatching on 1 February, the tiny tortoise surprised keepers, who weren’t expecting any arrivals until their usual hatching season around April.

Smaller than a 20 cent coin, the little tortoise weighed just 4.5 grams when it hatched but will one day grow to be up to 350 grams as an adult.

The little one is growing stronger and bigger every day, last week exploring the water for the first time – blissfully unaware of just how important his arrival is for his critically endangered species.

Endemic to Western Australia, this critically-endangered reptile is in serious trouble in the wild, with less than 50 individuals estimated to have been in the wild in the mid 1980s. 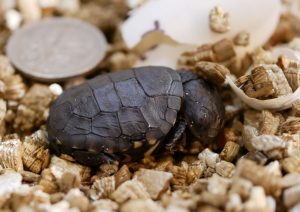 Current Western Swamp Tortoise populations are found across two small swamp reserves in WA, and are under increasing threat from feral predators such as foxes.

Since 2012, Zoos SA is proud to have successfully bred and raised 16 Western Swamp Tortoises, with 9 already making the journey back to Western Australia to be released into the wild as part of a conservation program.

The program, led by Parks and Wildlife WA and Perth Zoo, is part of a recovery plan that will ensure a genetically viable population of Western Swamp Tortoises are released back into the wild.

The reptile team is now eagerly awaiting the other eggs to hatch sometime in April!

As a conservation charity, being part of breeding programs like this reinforces the vital role zoos play in saving species from extinction.