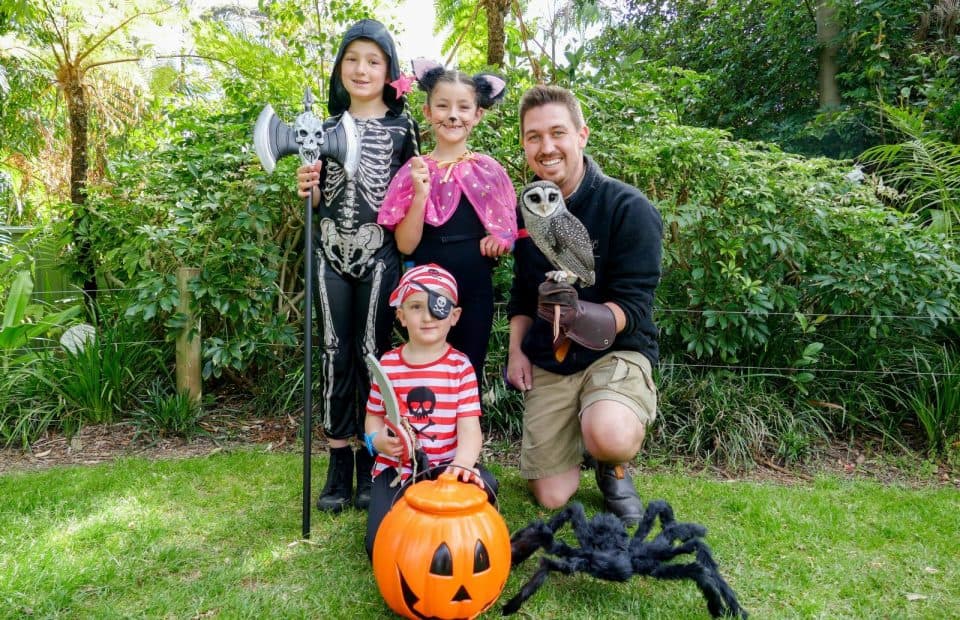 We’re gearing up to get scared silly this Halloween with Boo at the Zoo and Zooflix!

To celebrate this spine-tingling holiday, we’re dishing up some fun facts about the scariest animals that call Adelaide Zoo home.

Let’s kick it off with our Sooty Owls. These birds sure are beautiful, but they can be pretty sneaky when it comes to hunting.

Thanks to a clever ability to fly silently, these carnivorous creatures can sneak right up on their unsuspecting prey.

In the wild, Sooty Owls eat small mammals, frogs and large insects, but they’ve even be known to eat critters up to the size of a Ring Tail Possum. 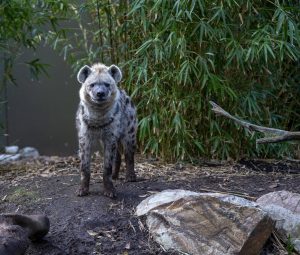 Next up, we’ve got our Spotted Hyaenas.

These beautiful animals are often portrayed as scary, daft scavengers, but that couldn’t be further from the truth!

Hyaenas are a clever carnivore with an excellent hunting ability.

In fact, hyaenas have a hunting success rate of 95%!

Although hyaenas appear most similar to dogs, you might be surprised to know they are actually more closely related to cats! Ever heard a hyaena cackle and call? Listen here! 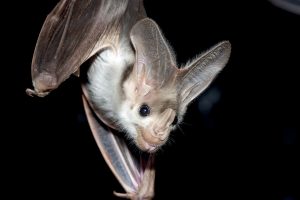 Over in the Nocturnal House, Australia’s largest carnivorous bat lurks in the dark.

The Ghost Bat earned its name thanks to its unusually pale colour and translucent wings, which gives it a ghostly appearance as it flies.

Their soft fur is usually white or pale grey, and their wing span can reach up to 60cm wide!

As carnivores, their diet is made up of small mammals like mice, insects, lizards, frogs and small birds. But they also snack on creepy-crawlies like crickets, cockroaches and mealworms. 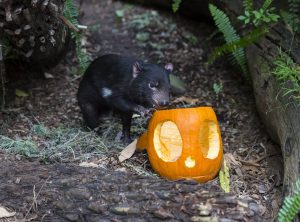 As Australia’s largest living marsupial carnivore, Tasmanian Devils have a reputation for being fierce and feisty.

As nocturnal creatures, in the wild they spend most of the day sleeping in the safety of a den before coming out at night.

When Devils compete for food against others, they growl, snarl and screech aggressively rather than attack.

They also have an excellent sense of smell that helps them to rapidly locate dead animals in the wild to eat.

Join us this Halloween for a spooky night filled with family fun at Boo at the Zoo, or if you’re looking for some adults only scary entertainment, check out Zooflix!