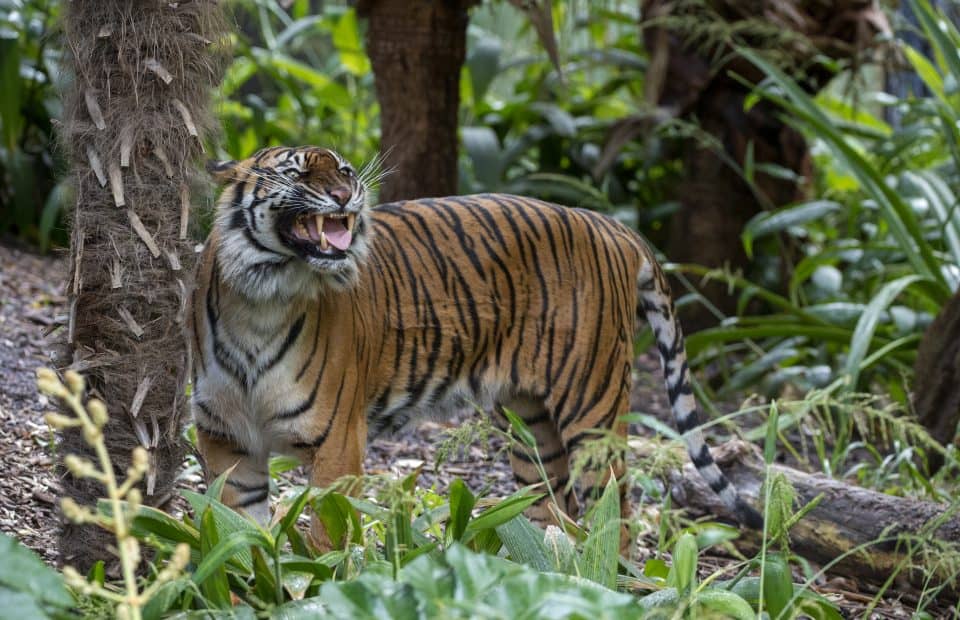 The newest big cat to hit Adelaide Zoo is ready to show off her stripes.

After travelling from the National Zoo and Aquarium in Canberra, the 11-year-old Sumatran Tiger Rhani was welcomed to the Adelaide Zoo family on 22 March.

Over the past weeks, Rhani has been staying in an off-limits quarantine facility where she was closely looked after by the veterinary nursing team.

Now more comfortable in her new home, Rhani is starting to explore her new digs and is ready to meet all our big cat fans!

“Rhani is still a little bit cautious when she hears very loud noises, but she’s slowly getting used to her new surroundings,” Matt said.

“We’ve put in a lot of effort to try help her feel comfortable, it’s been a long journey for her but she’s adjusted well considering.”

With the arrival of male Sumatran Tiger Kembali planned for later this year, it is hoped Rhani and Kembali will together contribute towards a vital international breeding program.

“It’s been more than a decade since we’ve welcomed a new Sumatran Tiger to the zoo, and we’re very excited about the future of our breeding program for this critically-endangered species,” Matt said.

“Our paws are certainly crossed that Rhani and Kembali hit it off so we can contribute to the insurance population and support the genetic diversity of Sumatran Tigers in the region.”

Tiger populations are currently at an all-time low, with less than 400 left in the wild.

The future of the beautiful big cat is under threat from habitat destruction for palm oil plantations and poaching for the illegal wildlife trade.

As a conservation charity existing to save species from extinction, Zoos South Australia works closely with breeding programs to ensure tigers remain for generations to come.