New cat on the block at Adelaide Zoo 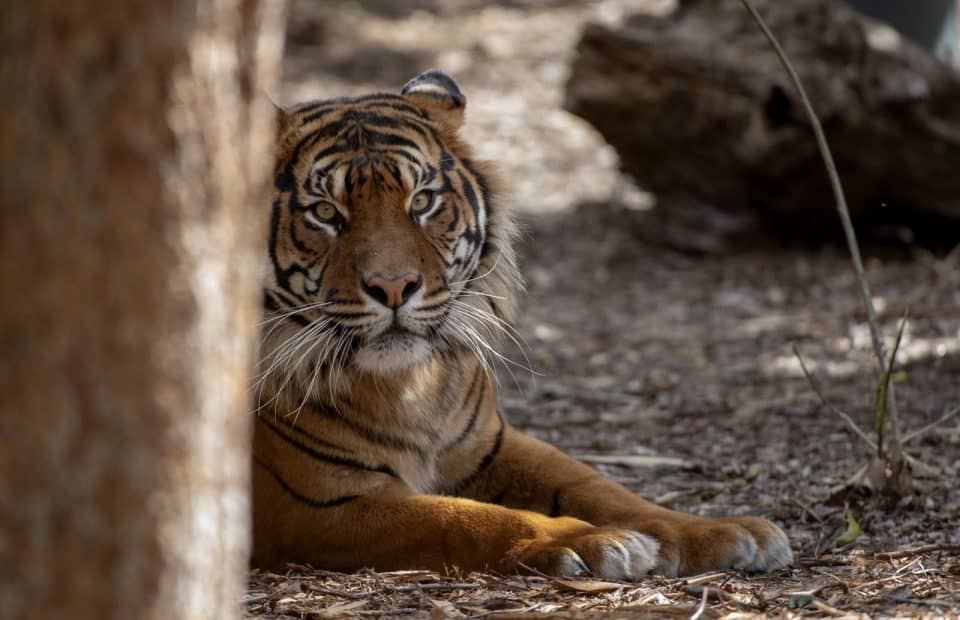 New cat on the block at Adelaide Zoo

The newest addition to the growing feline family is ready to make his public debut!

Three-year-old Sumatran Tiger Kembali reached his new home in winter after making the journey from Hamilton Zoo in New Zealand.

Upon arrival, the handsome boy spent 30 days in an off-limits quarantine facility to relax and adjust to his new surroundings, while also building relationships with his keepers.

Adelaide Zoo Carnivore Keeper Arliah Hayward said Kembali, who weighs in at a whopping 130kg, is now settling in to his home well.

‘Kembali took a little bit of time to get settled after the long journey, but now he’s doing well and is chuffing at his keepers in greeting each morning,” Arliah said.

“We have put a lot of effort into building relationships with him so it’s excellent to see he’s now ready to come out and explore.”

Kembali’s arrival is an exciting prospect for both Adelaide Zoo and the Sumatran Tiger international breeding program.

Once both new tigers are comfortable and settled, keepers hope to begin introductions for breeding.

“It’s an exciting time for large carnivores here at Adelaide Zoo, we are hopeful that Rhani and Kembali get along so we can contribute to the insurance population and support genetic diversity of Sumatran Tigers in the region,”Arliah said.

Sadly, tiger populations are at an all-time low, with less than 400 left in the wild.

The future of the felines are under threat from habitat destruction for palm oil plantations and poaching for the illegal wildlife trade.

As a conservation charity existing to save species from extinction, Zoos South Australia works closely with breeding programs to ensure tigers remain for generations to come.