What do the Pygmy Blue-Tongue Lizard, Yellow-footed Rock-wallaby and Przewalski’s Horse all have in common? Well, for one thing they’ve all been on the brink of extinction; for another, they very likely wouldn’t be around today if not for the work of Zoos SA. 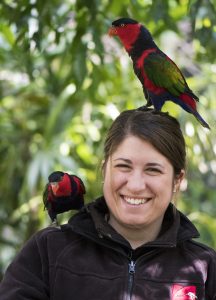 Every day, passionate Adelaide and Monarto Zoo staff care for animals and fight to safeguard this planet’s amazing wildlife for future generations.

We’re not going to deny that zoos started as places purely for entertainment, but as society has evolved, so too has the role of a modern zoo.

Today, good zoos are local and global conservation agencies. The reality is, we are losing wildlife at the highest rate since the extinction of the dinosaurs 65 million years ago. As species extinction accelerates, zoos are becoming increasingly necessary.

If you ask anyone who works in a zoo, many of us would say: “we wish zoos didn’t exist!”

If we didn’t need zoos, it would mean people were connecting with nature in a positive way.

It would mean we wouldn’t have to have populations of animals in human care as an insurance against wild extinction and it would mean animals would not just be surviving, but thriving in the wild.

But as the human population expands and habitats around the world are destroyed, for many species, there’s rarely an alternative.

As a conservation charity, saving species from extinction is at the core of what we do.

Zoos SA manages world-renowned breeding and conservation programs both in our zoos and in the wild. 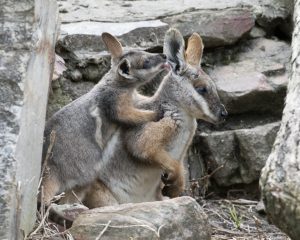 Our efforts have spanned the globe as well as locally here in South Australia and include captive breeding, habitat restoration, research, conservation education, fundraising, wildlife disease management and caring for injured wildlife.

Across Adelaide and Monarto Zoos, we house many species which are under threat in the wild.

Almost 70 per cent of the animals that call Monarto Zoo home and 40 per cent at Adelaide Zoo are threatened with extinction.

These animals have a critical role to play as insurance populations to safeguard the long-term survival of these important species and have the potential, if ever needed, to help re-establish wild populations in their natural habitats.

Our conservation successes speak for themselves. 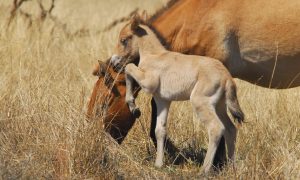 We are one of a very small number of zoos to have brought a species back from extinction in the wild, re-establishing a wild population of South Australian Mainland Tammar Wallabies at Innes National Park in the Yorke Peninsula after they were classified as extinct in the 1930s.

In a world-first for conservation, last year Monarto Zoo successfully bred 14 Pygmy Blue-tongue Lizards, a species once thought to be extinct and never before bred in captivity. These are just a few examples of how our work is saving endangered species from extinction.

The work doesn’t stop at our zoos’ gates. 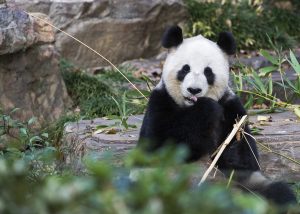 In addition to our local conservation programs, Zoos SA provides conservation support on an international level to projects protecting habitats and the species in them.

We fund community education programs in Sierra Leone to protect wild Chimpanzees from the threat of illegal hunting.

In Northern Kenya, we support programs providing local women with alternate livelihoods to reduce hunting of endangered animals like rhinos, elephants and cheetah.

In China, we’re helping secure a future for the Giant Panda through funding habitat protection and community education programs in the Sichuan Province, and we’re helping Sumatran Orangutans out-swing extinction by funding a wildlife patrol post in Bukit Tigapuluh in Sumatra.

And let’s not forget the power of a simple zoo visit.

Here at Zoos SA, our mission is to connect people with nature and save species from extinction.

We believe these two actions are mutually dependent on each other.

When a person has the opportunity to see or engage with an animal, they develop a greater relationship with and understanding of that animal and in turn are more likely to take action to help with the conservation of their wild cousins.

Good zoos exist to secure the future for animals from around the world- big or small, fluffy or scaly-and it’s with the support of passionate people like you that we are able to continue our vital work.