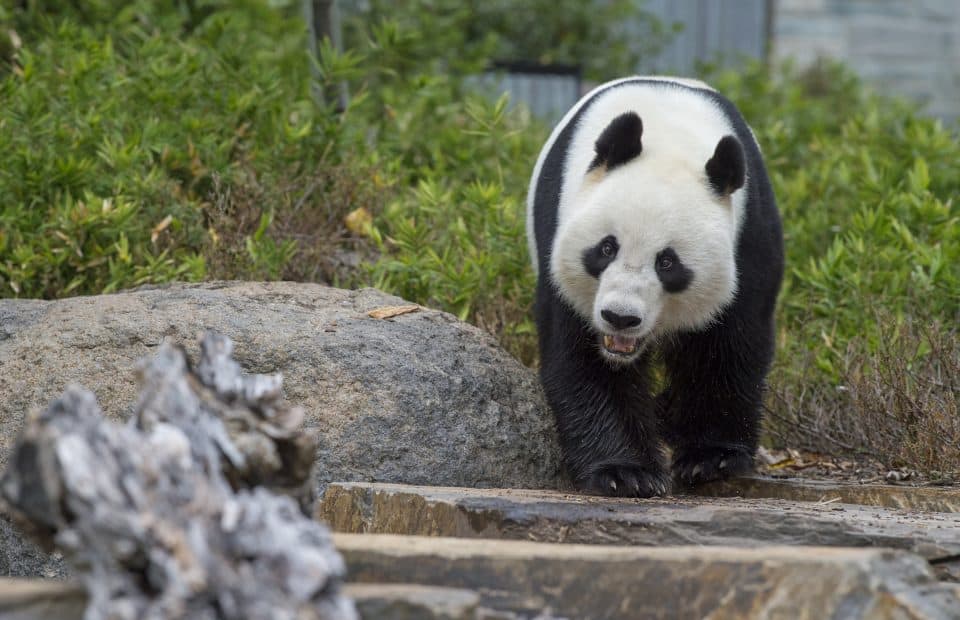 Adelaide Zoo’s Giant Panda breeding season has officially come to a close for the year.

Keepers and veterinarians have worked around the clock over the past four days to support Wang Wang and Fu Ni during their short, yearly reproductive window.

Giant Panda reproductive specialist Zhou Yingmin of the China Conservation and Research Centre for the Giant Panda was in Adelaide to assist in the process, supported by reproductive fertility experts from Repromed.

While there were some very positive signs during introductions between Wang Wang and Fu Ni, natural mating was not successful. With the short fertility window coming to a close, the decision was made to proceed with artificial insemination.

“The team obtained good samples and were able to carry out two artificial insemination procedures on Fu Ni,” Ian said.

“We were very happy with the procedures, and the results this year have again confirmed that Wang Wang’s semen is of high quality.

“Both of the procedures went well, with one completed on Monday evening and the second on Tuesday morning.

“Artificial insemination has played an important role in the captive breeding of Giant Pandas around the world due to the species’ unique reproductive biology.

“The complicated reproductive biology presents a number of challenges, but ongoing research continues to improve our understanding of panda reproduction and improve our chances of succeeding.”

Zoos SA Chief Executive Elaine Bensted said both pandas were in recovery and being closing monitored by the keeping team.

“Following the reproductive window, it’s essential that Fu Ni is not exposed to any potential stressors,” Elaine said.

“While we won’t be able to confirm she is with cub until approximately two weeks before she would give birth, we are now treating her as though she is pregnant.

“We thank everyone for their ongoing support and patience during this important time.

“Wang Wang and Fu Ni are fantastic ambassadors for their species and are already playing an important part in international Giant Panda conservation.”

This year marks the fifth genuine attempt at breeding for Wang Wang and Fu Ni, and we would be thrilled to achieve our ultimate goal of welcoming a Giant Panda cub to Adelaide Zoo.

Bamboo Forest will be closed until 24 September to give Fu Ni some peace and quiet to maximise the chance of success.