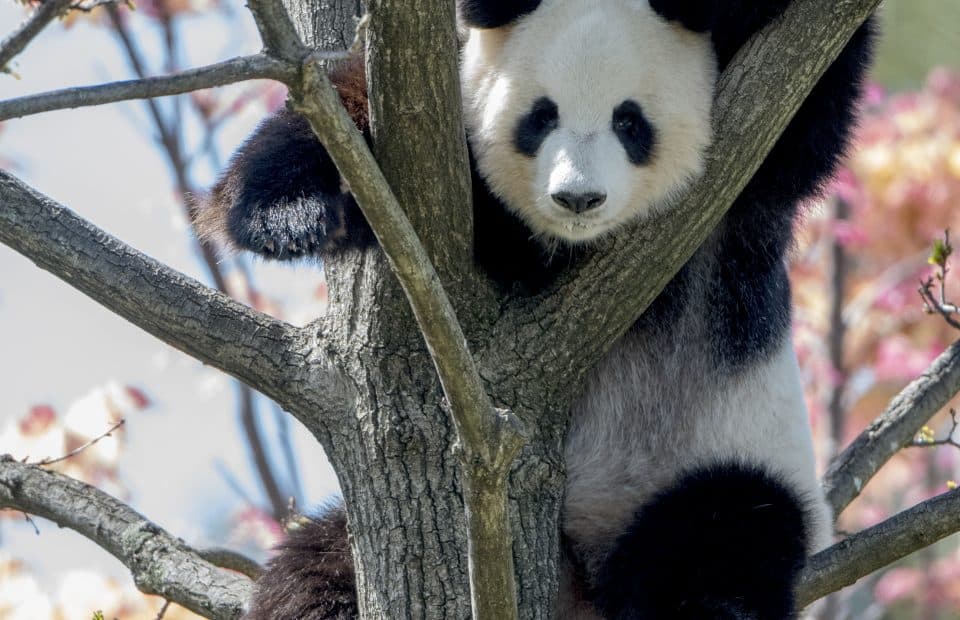 Based on hormone tests and behavioural observations, the window has now passed during which time Adelaide Zoo’s Giant Panda Fu Ni would have given birth.

Late last week, Fu Ni’s urinary progesterone level – a hormone associated with pregnancy – declined which meant she was either preparing to give birth or nearing the end of a pseudo pregnancy.

This hormonal change coincided with behaviours that strongly suggest she experienced a pseudo birth, including appetite changes, denning and finally adopting a toy as a surrogate baby.

Zoos SA Senior Panda Keeper Jaimee Foote said the panda team had been treating Fu Ni as though she was pregnant since September when three artificial inseminations were performed, but were never able to confirm she was with cub.

“During a pseudo pregnancy, hormonal changes and behaviours are identical to those of a true pregnancy, making it very difficult to determine if a Giant Panda is actually pregnant or not,” Jaimee said.

“Apart from a birth, the only definitive way to confirm pregnancy in pandas is through a comprehensive ultrasound examination where a foetus can be seen in the last few weeks of a pregnancy.

“While Fu Ni has allowed us to ultrasound her for short periods, and the ultrasounds showed some swelling and thickening of the uterus, we weren’t able to confirm a foetus.

“Over the weekend, she has since adopted a toy and spends the day cradling and holding it close to her chest, which is totally consistent with a pseudo pregnancy.

“We’ll continue to monitor Fu Ni closely as she will now need time to recover and to eventually move on from her adopted toy.

“This is Wang Wang and Fu Ni’s fourth genuine attempt at breeding and we remain determined to help them on their journey to parenthood.”

“We were extremely pleased with last year’s artificial insemination procedures, with results again confirming that Wang Wang’s semen is of a high quality,” David said.

“Artificial insemination has played an important role in the captive breeding of Giant Pandas around the world due to the species’ unique reproductive biology, but it doesn’t guarantee a pregnancy and subsequent birth.

“Their complicated reproductive biology presents a number of challenges; however ongoing research efforts continue to improve our understanding of panda reproduction and hence improve our chances of success.”

“Although Fu Ni did not give birth this year, we have every hope that she will go on to become a mother in the future,” Elaine said.

“We have always known that breeding the Southern Hemisphere’s only Giant Pandas was going to be incredibly challenging.

“We are working with the very best panda experts in the world; I would personally like to thank everyone involved for their professionalism and passion over many months of preparation.

“With less than 1,864 Giant Pandas living in the wild, Wang Wang and Fu Ni are powerful ambassadors for their species and since arriving in Australia they’ve played an important part in international Giant Panda conservation.”

Fu Ni may or may not be visible to the public over the coming days as she is choosing to spend time off exhibit in her den.

Thank you to our major sponsors AGL Energy and Repromed for supporting Wang Wang and Fu Ni on their journey to parenthood.