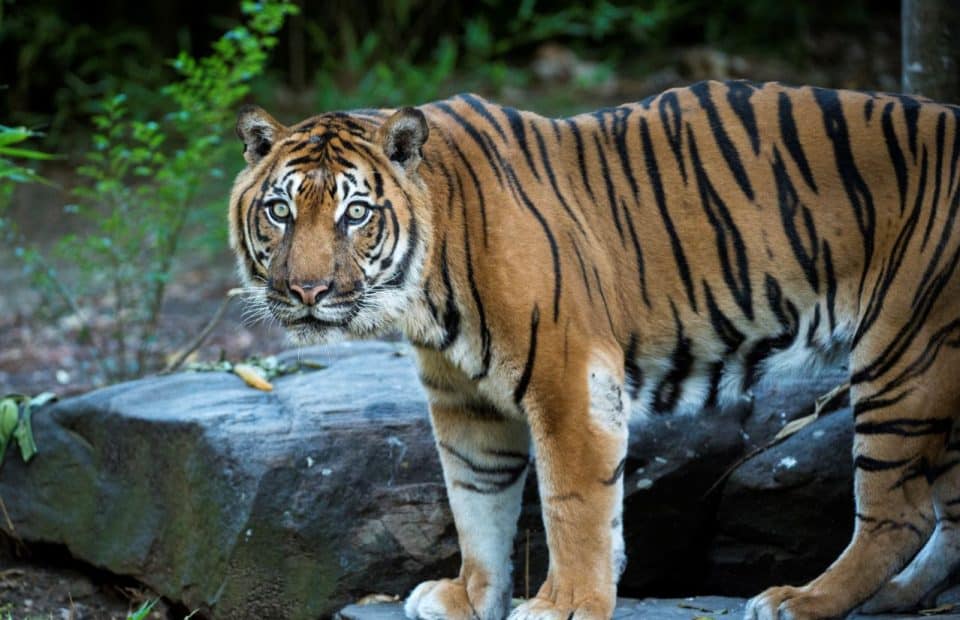 Adelaide Zoo is sad to announce the passing of Tuan, our 19-year-old male Sumatran Tiger.

The difficult decision was made to humanely put Tuan to sleep on Thursday, 9 November, as he had a number of age-related conditions which were affecting his quality of life.

Zoos SA Senior Veterinarian Dr Ian Smith said for several months, Tuan had been suffering from arthritis and kidney issues which the veterinary team had been monitoring and treating, but over the past week his health seriously deteriorated.Tuan had lost interest in food and water, indicating he was very unwell,” Dr Smith said.

“The veterinary team decided there was no additional medical treatment that would have improved Tuan’s quality of life and the decision was made to humanely euthanise him.

“Although this is a sad loss for the zoo family, it was the best thing to do for Tuan.

“The average life expectancy for Sumatran Tigers in the wild is about 12 years and in captivity about 20 years, so 19 is a really good age for Tuan to have reached.”

Tuan was the oldest male Sumatran Tiger in Australia.

He was a much-loved member of the Adelaide Zoo family and will always hold a special place in the hearts of his keepers, zoo staff and all those who had the pleasure of visiting him.

Adelaide Zoo is now working with the regional species coordinator to bring other tigers to the zoo, with the hope of breeding tigers as part of the vital breeding program securing a future for this critically endangered species.

Sadly, wild tiger populations are at an all-time low, with less than 400 Sumatran Tigers estimated to be left in the wild.