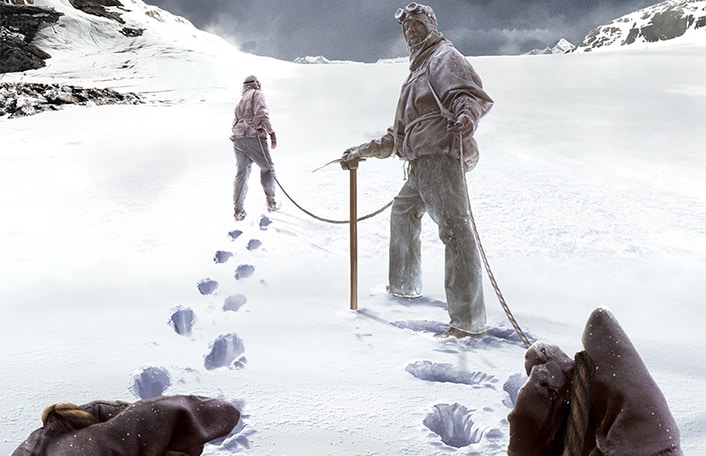 In celebration of our new soon-to-open Little Penguin exhibit, we’ve teamed up with SA Museum to give you the chance to win 1 of 10 double passes to Thin Ice VR.

Stay cool this summer and journey to Antarctica in this epic story of rescue and survival.

It’s 1914 and explorer Sir Ernest Shackleton has set out on one of the era’s most ambitious and harrowing journeys: to cross Antarctica coast-to-coast, but what was to be an epic journey becomes a desperate rescue mission as their ship succumbs to the ice leaving the crew stranded.

Over a century on, environmental scientist Tim Jarvis AM, and award-winning studio Monkeystack, have recreated Shackleton’s rescue mission in an immersive 20-minute virtual reality experience.

As we join Jarvis in following Shackleton’s footsteps, we too bear witness to another new and heartbreaking narrative: the icy environment that Shackleton and his peers once traversed has now been radically transformed by the effects of anthropogenic climate change.

Equal parts catastrophic and transcendent, Thin Ice VR presents a uniquely affecting account of how humanity asserts its will over the extremes of nature — often in unforeseen ways.

Please note, VR recommended for people aged 10 and over due to use of adult headsets.